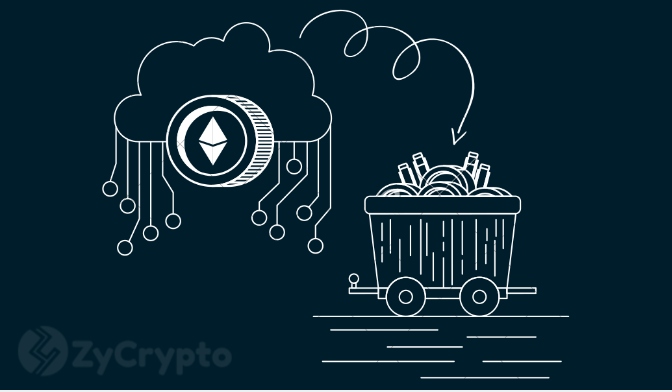 An Ethereum (ETH) user is probably counting his losses as the Ethereum network charged him a staggering fee of over 2100 ETH to send $14 worth of ETH. While this may seem like a mistake, the user’s account is said to be very active and so chances of making such a mistake are really slim.

The transaction fee which is worth over $300,000 at current rates, although a large sum, would hardly cost up to $14 to send to another wallet which leaves the cryptocurrency community wondering how the network could charge so much for such a small transaction.

The cryptocurrency community on Reddit has been discussing the issue and while some people think it might be due to a fault in the wallet User Interface from which the funds were sent, some think it could be a possible attempt to launder money as the same wallet has sent a similar amount in fees and the small transaction amounts could just be a formality. Trying to explain what could have happened, a Twitter user Biht Coign (@abztrdr) wrote:

“A further hypothesis is that this transaction fee was sent as a way to cook the books or launder money, possibly by a mining operation. The same account was found to have previously sent out other similarly large sums. The amount being transferred from one account to another could be a way to disguise the origin of funds. Many have countered that this is unlikely, as there is a risk that the miners wouldn’t successfully mine the block, and would lose their money to someone else.”

Whatever may be the cause of this mishap, it is bad for Ethereum and the cryptocurrency industry as a whole. This may be a new tactic to launder money using cryptocurrency as Biht Coign said, which will validate the claims that cryptocurrencies are means of laundering money and facilitating many different criminal activities.

An investigation into the issue may be required to ascertain the real situation to avoid further occurrence if it is due to a programming error. If on the other hand, it is a deliberate means of laundering money, appropriate measures must be taken to discourage such activities. Meanwhile, is it possible that the miners are aware of the transaction fee or are they as shocked as we are?