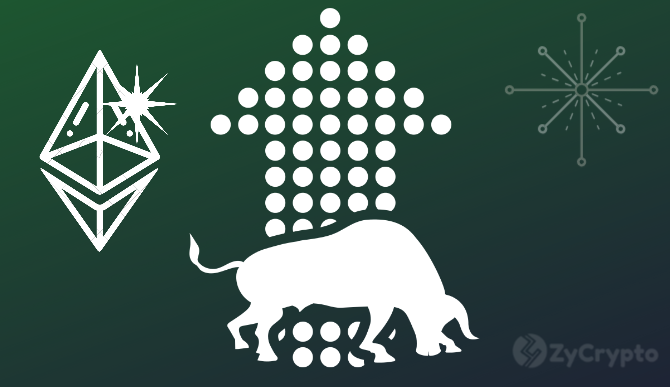 ETH/USD price has changed to bullish trend on the medium-term outlook. ETH price was under the control of bears for a long period of time till February 08. The bearish momentum placed the coin at the low support level of $101. The mentioned level served as a turning point for the ETH price as the bulls gained pressure to propel the coin upward.

Bullish candles were formed that broke up the $114 price level and the coin moved towards $134 resistance level. The increase in the ETH price was interrupted by the bears and this led to consolidation for more than three days, after which the bulls prevailed and the bullish momentum broke up the resistance level of $134, moved up to $149 price level where it is consolidating as at the time of writing this report.

The ETH price remains above the 21-day EMA and 50-day EMA while there is a wide gap between the two EMAs as a sign of bullish momentum in the ETH market on the medium term. The Stochastic Oscillator period 14 is at 50 levels with the signal lines pointing up which indicate buy signal and a further increase in ETH price.

ETH is on the ranging trend on the short-term outlook. After the consolidation that ended on February 17, there was an uptrend movement towards the $149 price level which was caused by the bulls’ momentum. There was a fake breakout at the level and the coin started moving sideways on and around the $149 price level.

The 21-day EMA is currently interlocked with 50-day EMA which indicates that consolidation is ongoing on the short-term and the ETH price hovering over the two EMAs. The Stochastic Oscillator period 14 is at the overbought level and the signal lines bending down which indicates sell signal and that the seller may take over soon.

In case the Bulls prevailed over the bears by true breakout with the formation of strong bullish candle that closes above the $149 price level, then the ETH will have its high at $163.