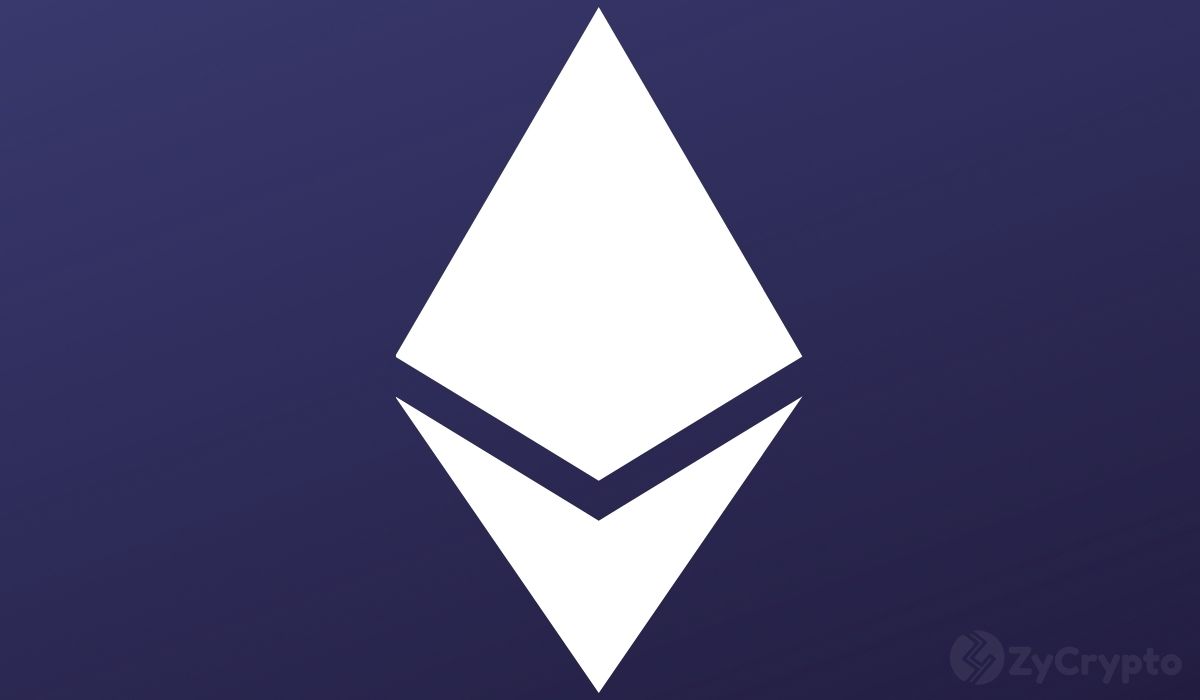 The price of Ethereum’s native currency, Ether, has been surging recently. On Wednesday, the Ethereum (ETH) price went back above the $3,750 level for the first time since May and it kept climbing until it reached a daily high of $3,820. Though it’s been affected by the recent market slump to trade below $3,500.

Institutional investors are also favoring Ether products as noted by Coinshares latest Digital Assets Fund Flows Weekly report. Ethereum was the leading cryptocurrency invested in by institutional investors as it saw inflows totaling $17m last week, while Bitcoin continues an 8-week long streak of outflows according to the report.

Ethereum’s prospects seem to be becoming even better as recent developments indicate that a splurge of new users may be coming into the market, further propelling the price.

Pseudonymous Ethereum focused analyst, “Croissant.Eth,” also noted this in a tweet where he said that the news of GameStop – the controversial gaming company – launching an NFT platform is a precursor to bigger players in the gaming industry coming to the Ethereum blockchain.

Indeed, GameStop announced the launching of an NFT platform back in July. GameStop plans to go all out with its NFT platform using the over $1 billion profits it made from the controversial short squeeze it experienced this year. The company seems geared to become censorship-proof by building on the Ethereum blockchain.

Their recent hires also indicate their seriousness in adopting the blockchain solution on their journey to becoming the e-commerce giant of the gaming industry. Their new principal Engineer, Jordan Holberg, is the founder of Hodlberg Financial which created Hodlberg – a noncustodial solution that allows users to attest cryptocurrency wallet balances into a single, convenient token.

This feature when integrated with GameStop’s NFT platform will save users a lot in gas fees and allow their users & traders to easily interact with a wider range of decentralized, authenticated applications without compromising privacy.

Their extensive list of partners in the gaming world also positions them well to achieve their goals. GameStop has partnerships with many top companies like Hasbro, Xbox, and e-sports teams. There is no doubt that these partnerships will be levered on in promoting the NFT platform.

In general, the gaming industry’s adoption of NFTs and blockchain solutions has been hindered by things like intellectual property laws. However, Ethereum seems to have solved this problem with its latest feature which allows deployment of traditional DNS-based records to Ethereum’s native ENS.

The implementations of this could mean that well-known brands can very easily authenticate blockchain addresses with their own domain names. They can work with what they understand and also gain the benefits of adopting blockchain.

For the gaming industry, the aspect of digital ownership is going to receive a big boost. Not to mention the huge possibilities that Ethereum and blockchain technology make feasible in the virtual and augmented industry. Even here, the use cases of NFTs for digital ownership as more users seek to participate in the metaverse and the interoperable Web 3.0 is bound to be a big boost for Ethereum.