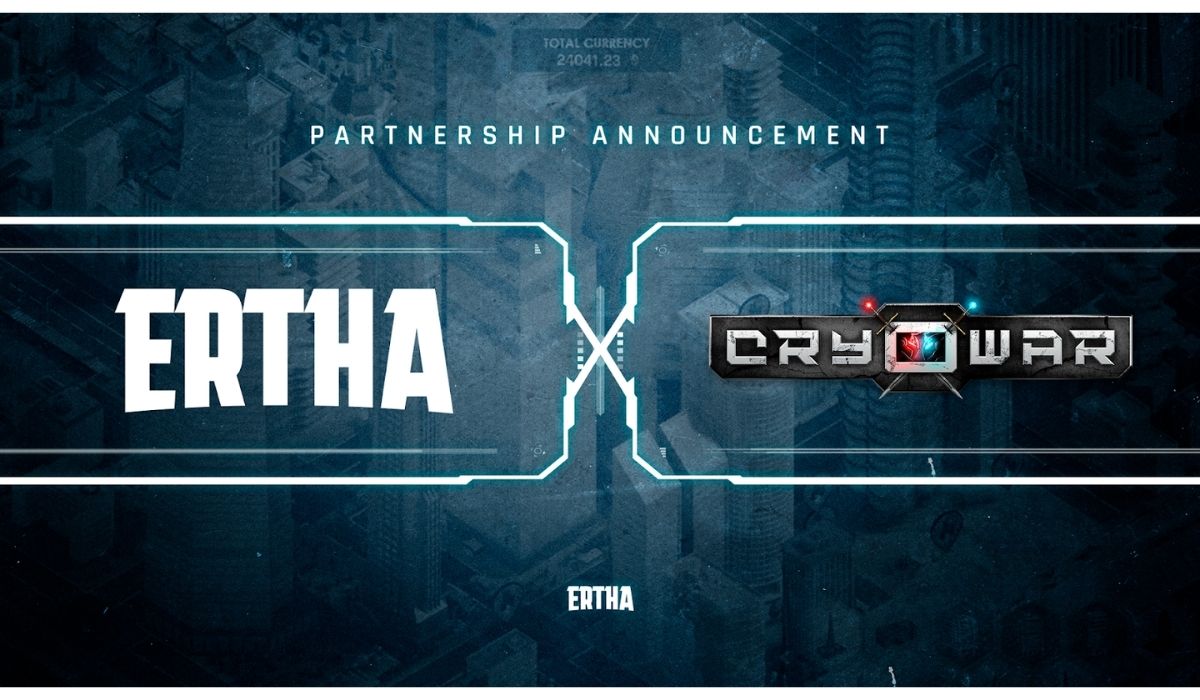 Ertha, one of the most highly-anticipated metaverse projects, recently launched its native ERTHA token to much success on Huobi Primelist. The play-to-earn game made huge progress in 2021 and is now poised to deliver a one-of-a-kind experience to fans of NFT gaming later this year.

Thanks to the project’s meteoric rise, Ertha has attracted the attention of some of the biggest names in DeFi, bringing about high-profile investments and now, a valuable partnership with a team well renowned for its glowing reputation within the game development community.

Ertha is partnering with Cryowar, a next-generation play-to-earn arena brawler powered by the Solana blockchain. The Cryowar team’s dedication to their craft and commitment to spotlighting NFT gaming combines the two teams’ shared values. The partnership will be exciting news for both sets of communities, as their exchange of ideas is sure to open up new avenues and perspectives, collectively pushing the boundaries of blockchain gaming.

Cryowar is an NFT-powered real-time multiplayer 1v1v1 arena brawler. Developed in Unreal Engine 4 for the Solana blockchain, the game’s closed beta has been released to excellent reviews. Players engage in fierce multi-realm battles in an expansive Medieval Sci-Fi metaverse playable on PC, Android, and iOS.

The Cryowar team’s journey began during 2018’s Gamescom in Cologne, Germany. Four members of the development team were present to showcase an early build of their game to the show’s attendees. Gamescom is famous for drawing in gamers from across the world, and while pressure was high, the team’s demo impressed, setting the stage for a bright and prosperous future.

Whilst an experienced team and strong fundamentals are crucial elements of any project’s success, so too are the partnerships formed along the way. Each is essential in generating the necessary exposure required to attract new players across the globe. The Cryowar teams’ success in this area has been proven through their partnerships with DeFi giants including, Mechanism Capital, GD10 Ventures, Polygon Studios, Animoca Brands, Kucoin Labs, and Alameda Research.

Ertha joins this list of prestigious partners at the opportune moment and fans should expect the collaboration to extend far beyond the exchange of ideas and concepts. There is also the exciting prospect of cross-metaverse NFTs adding extra excitement to the continued expansion of Ertha’s vast world map.

Much to the delight of NFT gaming fans, Ertha has just completed its TGE debuting first on Huobi Primelist and then on PancakeSwap. It’s an exciting time for everyone associated with the project with 2022 shaping up to be a huge year for the game. To join one of the most welcoming and active communities in blockchain gaming, head over to Discord, or follow the project’s announcements on Twitter.