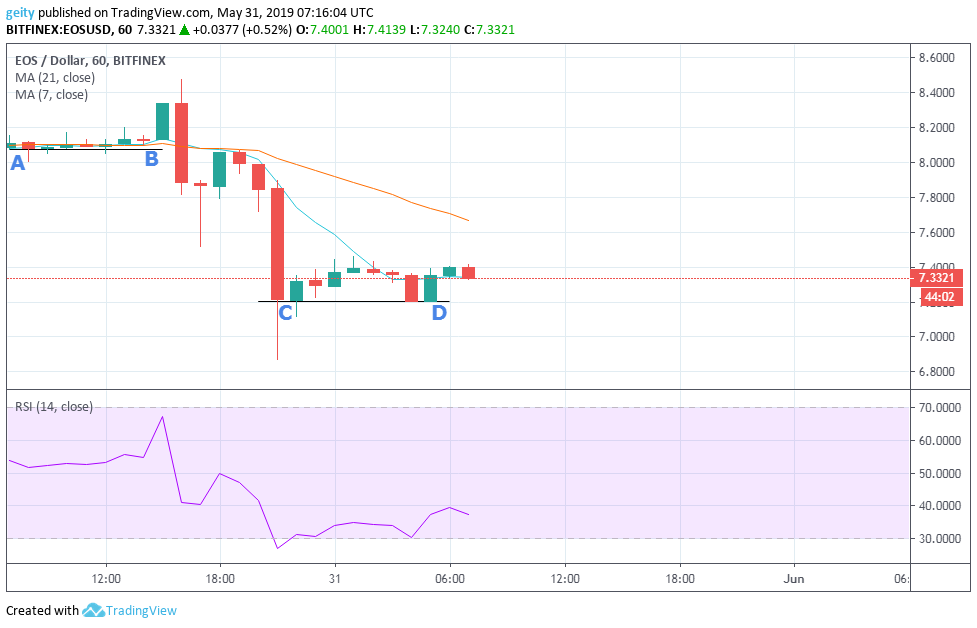 A bearish outlook is seen in the last 24hrs where the 21-day MA maintained its position above the 7-day MA thus indicating a bearish signal.

The cryptocurrency began the day with a period of consolidation from A to B which was reflected by the RSI at that period of time.

The RSI also reflected buying pressure since it was trading above level 50. EOS started trading at $8.11 (A) against the current price of $7.93. This was later followed by a breakdown at around 30th May 16:00 that dipped the price performance to close at $7.8853.

At 21:00 a marubozu candle was encountered due to a strong selling pressure from traders thus further dropping the price performance to a low of $6.8624 (C). The RSI is therefore seen below 30 indicating oversold market momentum. Strong selling pressure continued as reflected by the RSI and the Support level is, therefore, stood at $7.2030.

Strong selling pressure is likely to continue since the 21 day MA is still on top and the RSI is still trading below level 50. The support level is likely to go up to $7.3464.

But due to the recent announcement made by coinbase that EOS will be added to its custodial wallet, which will enable users to buy, sell and exchange EOS against supported fiat currency. An upward price rally is to be expected in the near future. 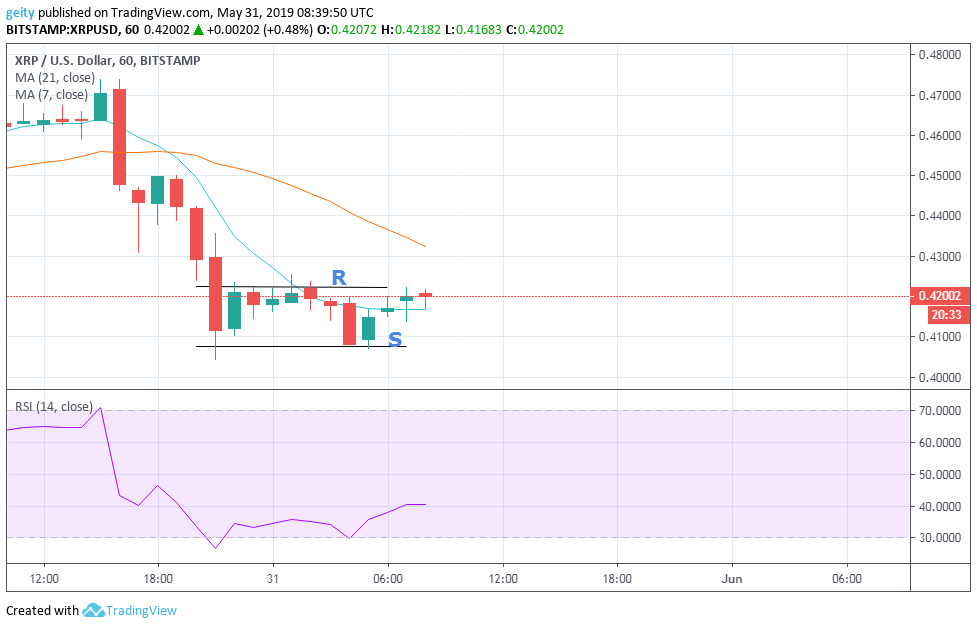 This was later followed by a strong selling pressure that led to a breakdown. The price further dipped to a low of 0.42198 while the 21-day MA is trading above the 7 day MA indicating a bearish signal.

At around 30th May 21:00 the RSI is seen below level 30 indicating an oversold market.

The RSI is heading north this shows that an upward price rally is likely to be seen in the next few hours. New holding target should be at $0.41701 and stop-loss to be placed slightly above or below in case of a breakdown or breakout.