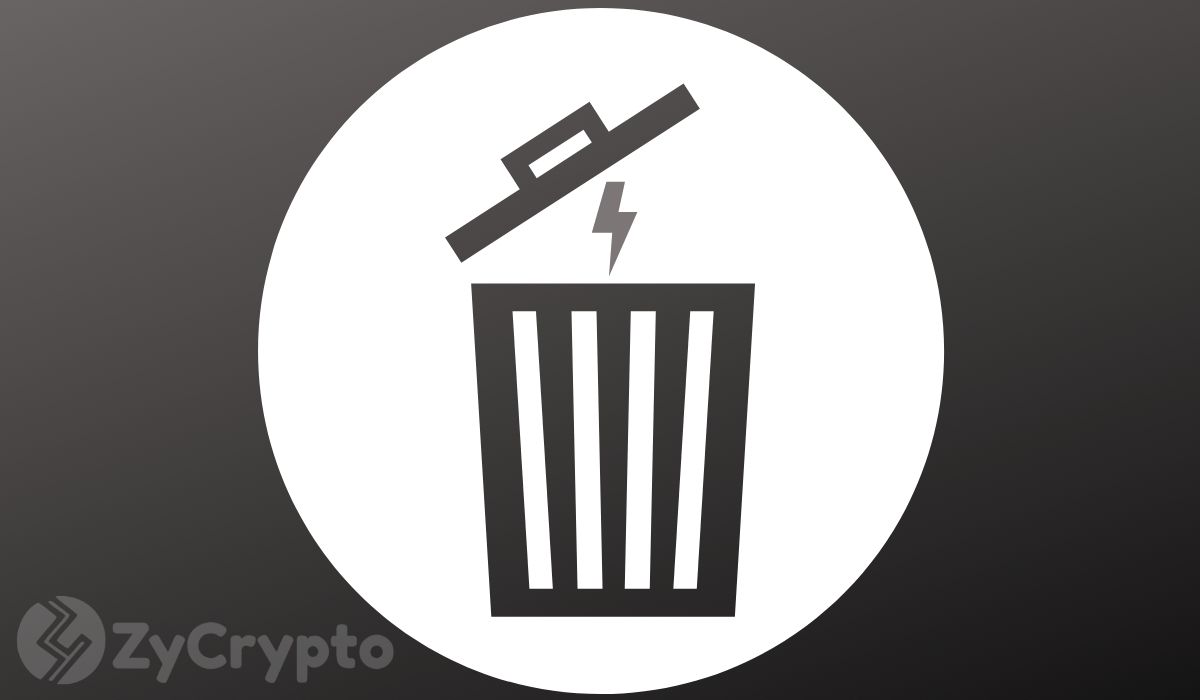 Here we go again. Another article has come out taking a shot at bitcoin’s energy consumption. The article specifically suggests that a single bitcoin transaction consumes more electricity than a household in Britain for a period of over two months.

Ripple CEO Brad Garlinghouse has seconded this report, adding that this huge waste of energy should be prioritized in the “growing climate crisis”.

Is Bitcoin’s Energy Appetite A Real Cause For Concern?

Historically, naysayers have opposed bitcoin based on the perceived notion that the mac daddy of crypto utilizes a lot of energy, hence it is environmentally unfriendly. Some claim that the network’s miners waste millions of dollars worth of electricity trying to solve difficult puzzles after which they receive block rewards.

A recent article published by The Telegraph posited that a British household uses less electricity in two weeks compared to the energy consumed by one bitcoin transaction. The article further noted that the carbon footprint of one BTC transaction is equivalent to that of 780,650 Visa transactions or watching videos on YouTube for 52,043.

Garlinghouse took to twitter to support this article. He opined that the mining of both bitcoin and ethereum culminates in hugely wasteful processes. His exact words were:

“Energy consumption for BTC and ETH mining is a massive waste and there’s no incentive to take responsibility for the carbon footprint. Absolutely [mind-blowing] that this isn’t high on the agenda for the growing climate crisis.”

Undeniably, there is a notable carbon footprint left behind by bitcoin, but the declarations that it consumes more energy than thousands of Visa transactions and households in Britain are way overblown. For perspective, a report released by Coinshares in 2018 concluded that nearly 78% of bitcoin mining runs on renewable energy – precisely hydroelectric power.

Moreover, miners are savvy people. They, therefore, seek out the cheapest sources of energy so that they can make some nice profits from their operations.

Garlinghouse’s relationship with bitcoin is somewhat blurry. It is stuck somewhere between the Ripple CEO owing some bitcoin and disparaging the OG crypto every once in a while.

Notably, Brad Garlinghouse has long said that he holds a significant amount of bitcoin and he is long on the crypto-asset. In fact, during the World Economic Forum 2020 held in Davos, Switzerland, he stated that he is particularly bullish on bitcoin as a store of value. But, he opined that bitcoin fails as a means of payment. According to him, a customer would receive a cold cup of coffee if they decided to pay with BTC at Starbucks.

Garlinghouse has been throwing more shade at the top cryptocurrency as of late.  During an interview with CNN’s Julia Chatterley just last month, he slammed the bitcoin blockchain for being largely controlled by China. To illustrate his point, he pointed out that there are basically “four miners” in China that control at least “60% of mining capacity” and that “80% of mining capacity is based in China for both ether and bitcoin”.