Dogecoin was created as a goof. It was inspired by a meme and survived on the fuel of internet pop culture. Although its creator warned that the something was “very wrong” when his joke cryptocurrency hit the 2 billion dollar market cap mark, many experts still look favorably at the coin. Their community is strong and Doge doesn’t seem to be going anywhere.

Dogecoin also likes to stay true to its original light and goofy self. On April Fools day the official Dogecoin Twitter account posted a playful poll. They asked their community who should be tapped as the new CEO of Dogecoin. Elon Musk won the poll by a wide margin, beating Vitalik Buterin, Charlie Lee, and Marshall Hayner.

Elon Musk responded to the poll with a tweet praising Dogecoin.

Dogecoin might be my fav cryptocurrency. It’s pretty cool.

The community predictably responded with celebratory memes. Dogecoin also enjoyed a nice pump that may or may not have been related to Musk’s tweets. 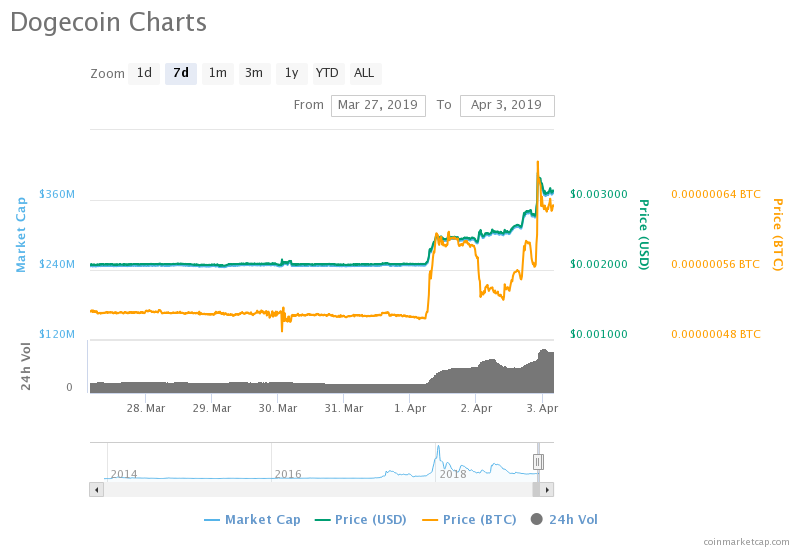 This isn’t the first time Elon Musk has mentioned Dogecoin. In fact, back in 2018, the billionaire reached out to Dogecoin creator Jackson Palmer. Musk asked Palmer to help him figure out a way to deal with Twitter spambots.

@ummjackson if you can help get rid of the annoying scam spammers, that would be much appreciated

Update: Elon has the script… we had a good chat on how @jack and the Twitter team should definitely automate and fix this problem on their end though. ?‍♀️