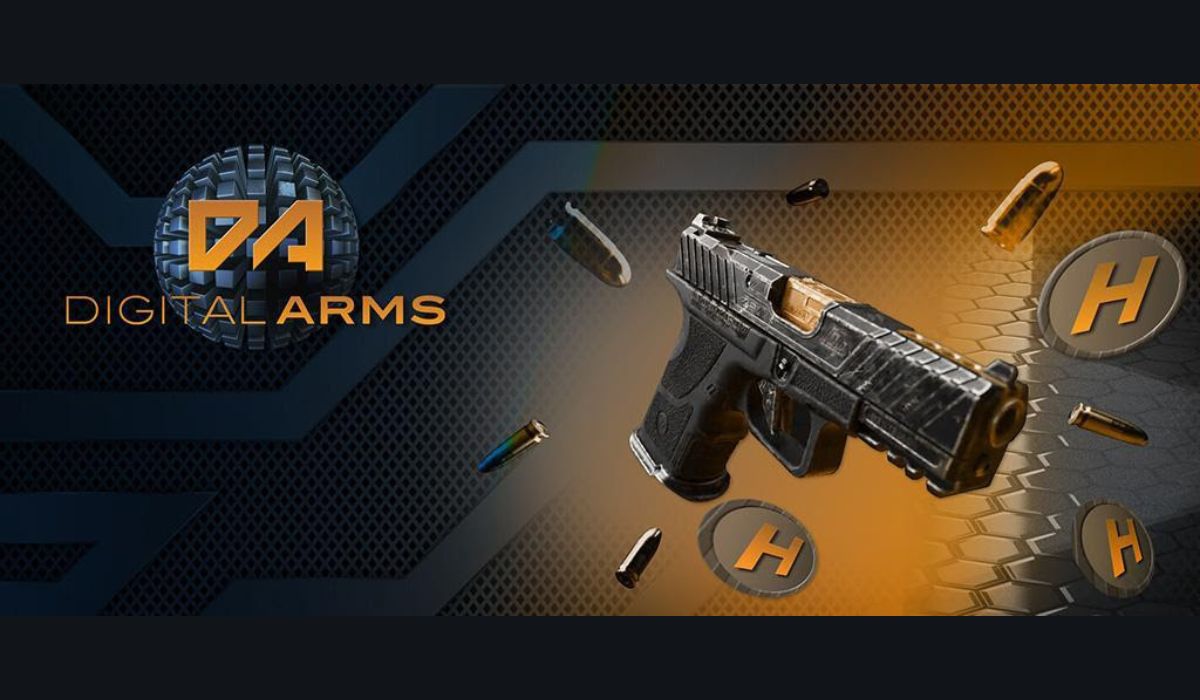 Digital Arms, the first NFT armory, is elated to announce it has released its native crypto asset, the HNTR token bringing authentic firearm brands to Web3.

As per the announcement, the HNTR token was released on October 14, 2022, at noon UTC. Notably, following the release, Digital Arms sold out its first NFT collection, DogTags, within 30 minutes.

The team behind the project has been working on the HNTR token for years now to provide a cryptocurrency that users can use to facilitate various functions in the Digital Arms ecosystem. Following the launch, users can now use the token to buy and sell NFTs licensed by real-world firearm manufacturers.

The HNTR token can also be used as a medium of exchange for accessories to customize NFT firearms, such as magazines, sights, and color skins. Users can also use their tokens to pay for listing fees and revisions services on the Digital Arms marketplace, while brands can pay for advertising using the token. HNTR holders can also stake their tokens to receive more in the coming days.

The HNTR token has a maximum supply of 1 billion tokens. Thirty million tokens will be made available for staking, while 110 million will be prizes in future tournaments. Notably, Digital Arms has partnered with various exchanges such as Bitmart, Pancake Swap, and Coinstore to help interested investors join the project.

Simultaneously with the launch of the HNTR token, Digital Arms also launched its marketplace on BNB Smart Chain (BSC).

Owners of Digital Arms’ first NFT collection will reportedly enjoy various benefits, including up to 50% HNTR staking APY bonus and free random NFT distributed through airdrops. Users will have access to private areas in the Digital Arms’ Discord platform, where they can chat with founders and the team. Owners will also have exclusive access to Digital Arms events, licensed NFT firearms, and soldier avatar drops.

Notably, the interoperability and functionality of Digital Arms NFTs will make them appealing to both Web3 developers and gamers. So far, the project has partnered up with popular metaverse shooter games such as Farcana, Ignite, and Born to Die.

Digital Arms is an NFT creator that seeks to leverage blockchain’s interoperability to bring real firearms and authenticity to gamers in the Web3 space. The project prides itself on building scarce blockchain-based in-game items that are great at first-person shooting, shooting lines, and hunting.