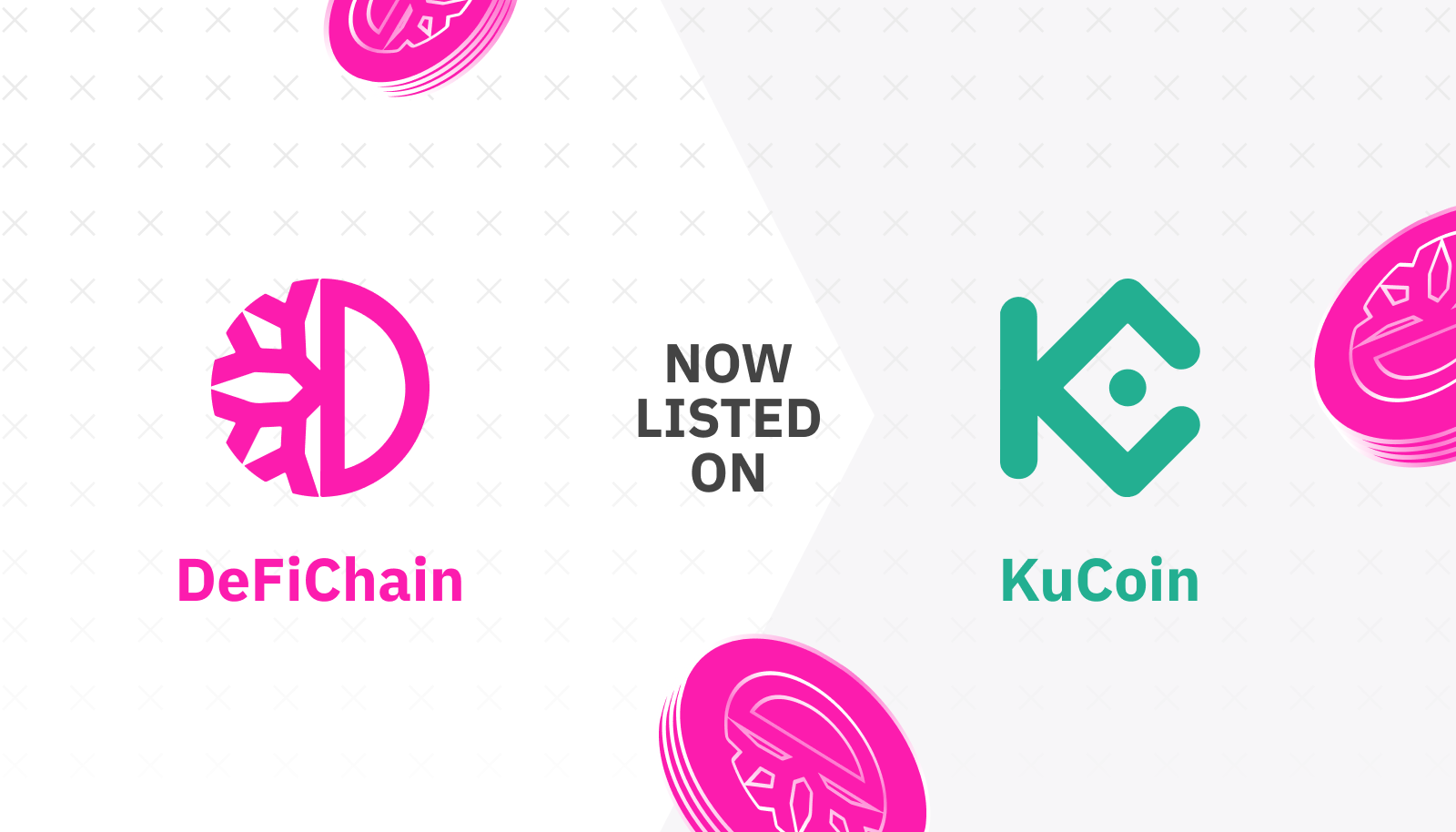 21st January 2021, Singapore: DeFiChain — the world’s leading blockchain on the Bitcoin network dedicated to decentralized financial applications — has today announced that it will be listing its native digital currency, “DFI” on KuCoin, one of the world’s largest and most popular cryptocurrency exchanges. KuCoin users will be able to trade DFI starting today, Thursday 21 January 2021.

DeFiChain marked a momentous milestone earlier this month, with DFI achieving a $1 billion market capitalisation, making it one of the top 10 DeFi coins by market cap. The listing of its digital coin DFI on KuCoin follows a string of recent listings for DFI, including Bitrue and Bittrex. The digital asset listing on KuCoin signals DFI’s rapidly growing popularity in the market.

“Being listed on KuCoin — one of the most widely used cryptocurrency exchanges in the world — is a big breakthrough for DeFiChain. In just six months, our DFI asset has gone from $0.16 to $2.79, an increase of over 1500%! This is a clear indicator that there is real demand for DeFi amongst the masses and highlights that the path to a decentralised financial economy is just around the corner.” said Dr. Julian Hosp, Chairman of DeFiChain.

To celebrate the listing and as an added bonus for the crypto community, DeFiChain in partnership with KuCoin, will be launching a trading competition. The top 20 participants with the highest trading volume of DFI on KuCoin the chance to win a share of $20,000 in DFI. The trading competition will commence at 10am UTC on Friday 22nd January, 2021 and will last one week until 10am UTC on Friday 29th January, 2021.

In addition, for the duration of the competition, DFI can be traded with a 50% discount on maker fees, and a 25% discount on  taker fees on KuCoin, enabling participants to maximise their returns.

“The value of Bitcoin has been recognised by a growing number of institutional investors in future global inflation. While most see Bitcoin as digital gold, its potential in building an ecosystem has long been neglected.” Said Johnny Lyu, CEO at KuCoin Global,

“We are pleased to join hands with DeFiChain and will continue to support it to unleash the power of Bitcoin, resulting in a blockchain that provides higher throughput and better functionality, specifically for DeFi.”

The DeFi market has experienced exponential growth recently, with the total value locked now over $22 billion. Buoyed by new innovations, the market is expected to experience continued significant growth this year, giving the industry an enduring appeal. It is DeFiChain’s mission to bring seamless and unrestricted access to a wide range of financial products and services in a completely decentralized system.

DeFiChain is a blockchain platform dedicated to enable fast, intelligent, and transparent decentralized financial services. The DeFiChain Foundation’s mission is to bring DeFi to the Bitcoin ecosystem. Unlike most of the other DeFi projects that are built on the Ethereum network, DeFiChain is built on Bitcoin (as a software fork), and leverages Bitcoin’s security by anchoring to the bitcoin blockchain (via merkle root) every few minutes.

By dedicating the functionality of a blockchain specifically to decentralized finance, DeFiChain is able to provide high transaction throughput, reduced risk of errors, and intelligent feature development.

Visit https://defichain.com for full information including roadmap and upcoming features.

KuCoin is a global cryptocurrency exchange for numerous digital assets and cryptocurrencies. Launched in September 2017, KuCoin has grown into one of the most popular crypto exchanges and already has over 6 million registered users from 200+ countries and regions. The KuCoin exchange puts a high priority on the quality of projects listed based on a well-trained research department that scours the blockchain industry for the highest-quality projects. In November 2018, KuCoin completed $20 million round A funding from IDG Capital and Matrix Partners.