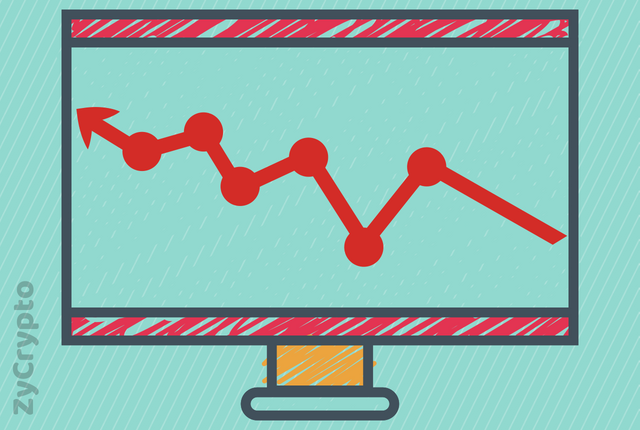 Decred has suffered a 24 hour price drop totalling 1.77% over the past trading day. The cryptocurrency is currently trading at $44.48 and has suffered a 17.53% price drop over the past 7 trading days. It still important to highlight that this bearish decline has been experienced across the entire cryptocurrency industry.
Decred was created in February 2016 and was intended to become an open and progressive cryptocurrency with the ability for the community to govern the network through mechanisms built on the blockchain. It priorities decentralised governance by moving all the network decision making upon the blockchain. This means that all token holders will have the right to vote in tany proposed upgrades to the network.
Decred uses a hybrid mechanism to achieve consensus by utilising both proof-of-work and proof-of-stake algorithms. This ensures that profits generated through the Decred network cannot be dominated by one single group allowing distribution to be fairer.
Decred is currently ranked at 27th position in terms of overall market cap across the entire industry with a total market cap value of $367 million. The cryptocurrency has significant losses to regain after tumbling by up to 50% over the past 90 trading days.
Let us continue to analyse price action for Decred over the long run. 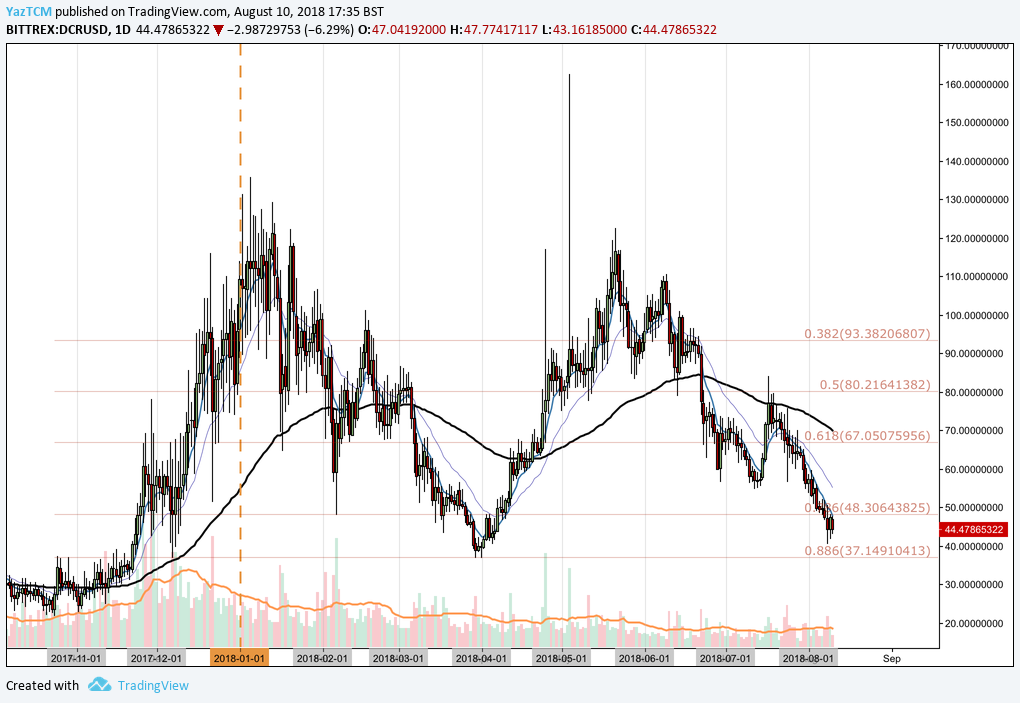 Analysing the market from the long term perspective presented above, we can see that Decred had experienced a significant bullish trend toward the end of 2017 when price action started at a low of $22.79 on November 2nd 2017 and extended to a high of $135.67 on January 5th. This was a price increase totalling 475% from low to high.
We can see that after placing this high the market proceeded to depreciate, initially finding support at the .5 Fibonacci Retracement level priced at $80.21 in January 2018. This is a Fibonacci Retracement measured from the entire bullish run outlined above.
Price action continued to fall through February until finding support at the .886 Fibonacci Retracement priced at $37.14 in March. This proved to be a strong resistance zone as price action reversed at this point and went onto create another bullish run.
Let us continue to analyse this second bullish run a little closer and highlight any potential future support and resistance zones.
DCR/USD – SHORT TERM – DAILY CHART
https://www.tradingview.com/x/ROfQ2Dad/ 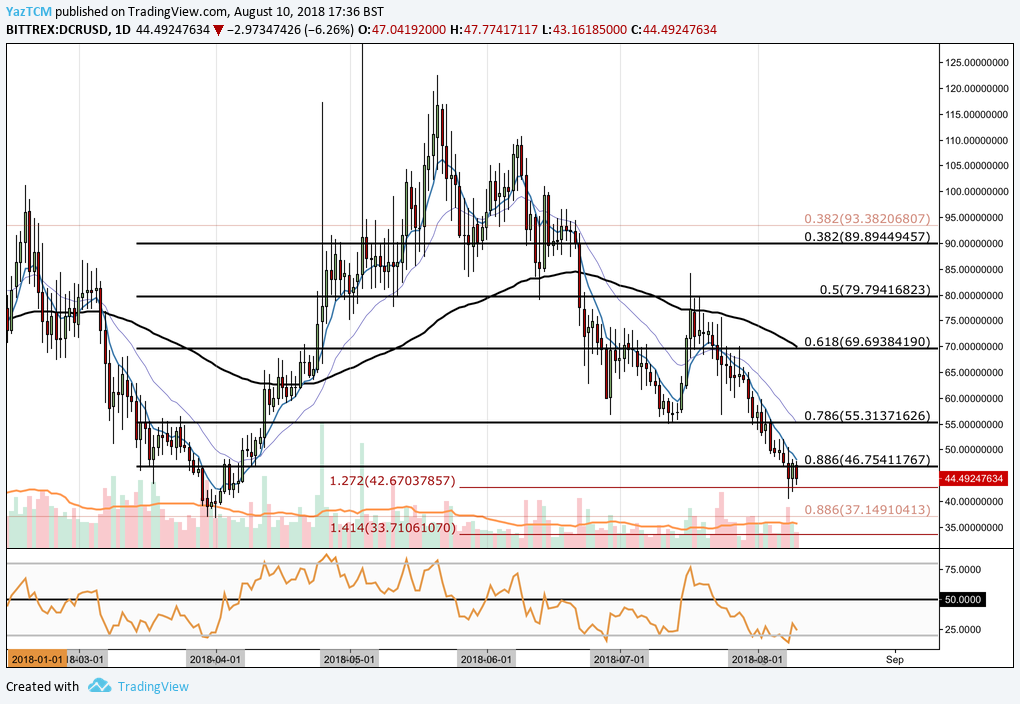