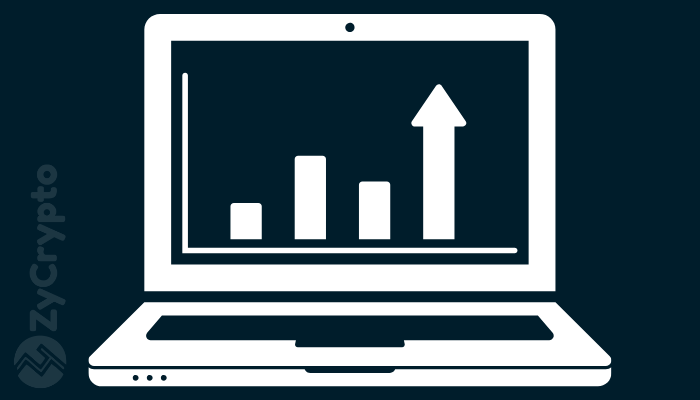 After going through a protracted nose dive, most cryptos are up today with most analysis charts painted green. The Bullish trend has pushed prices of the various cryptos upwards with Tron, EOS, and ETH registering more than 10% turn over in the last 24 hours. All of today’s focus coins are also up; with Stellar (XLM) at 5.15%, Iota (MIOTA) at 4.92% and Tron (TRX) at 21.75%.

The upward rally is aimed at market correction which means that the various Altcoins are attempting to regain their previously held psychological prices. For instance, BTC had established and maintained its psychological price at $6000 for better parts of 2018. 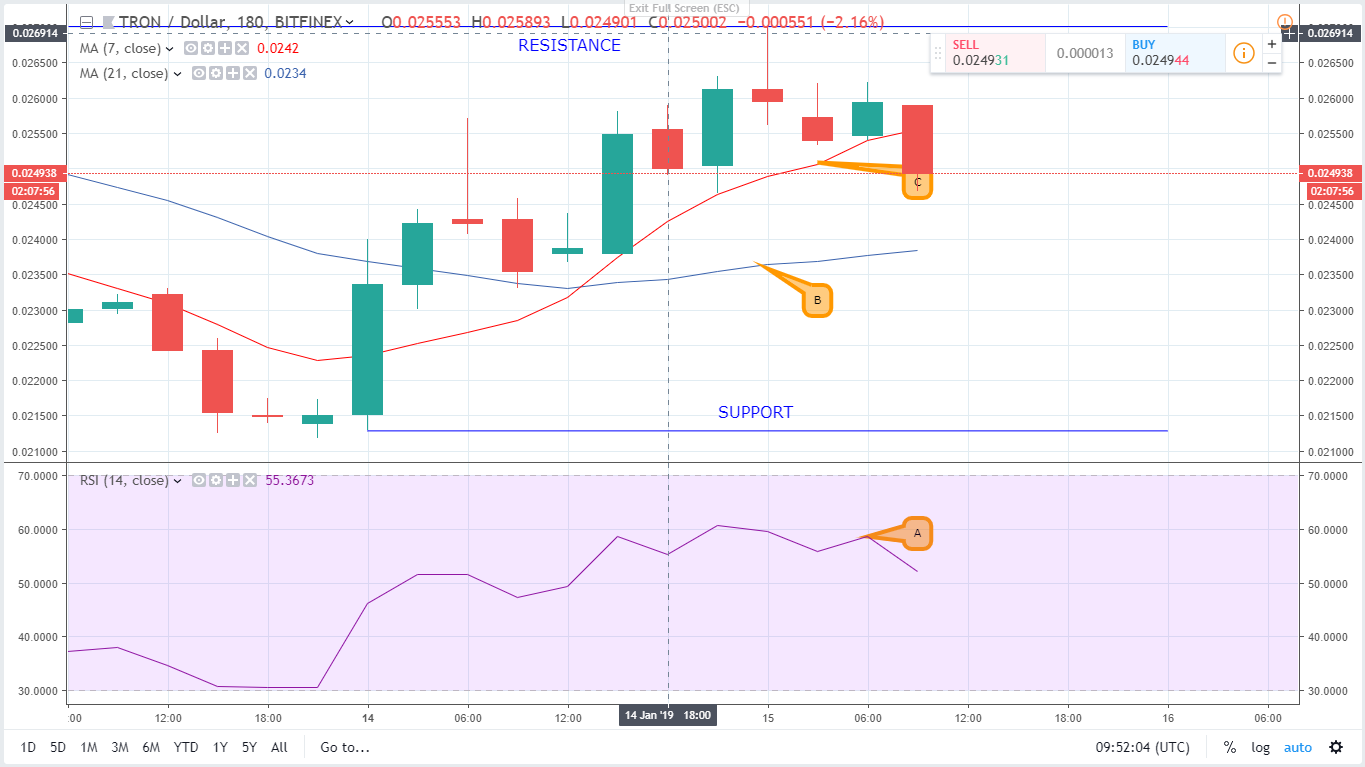 Tron began off yesterday selling at $0.02428 and is currently correcting at $0.026 which marks a massive 21.75% turn over. This impressive Bull Run was also reflected in the markets where TRX sold $479 Million in the last 24 hours. This is as indicated in the Relative Strength Index (RSI) – marked A. Tron shook off negative investor confidence that had hit it as seen in the RSI to shoot up towards the ‘overbought’ area. Currently, the RSI is at 50 which indicates strong sentiments from investors.

All indicators show that the upward rally by Tron is likely to continue in the short term. The 7-day EMA (C) crossed over the 21 day EMA (B) and is currently above it which shows the Bull grip might hold on a bit longer. 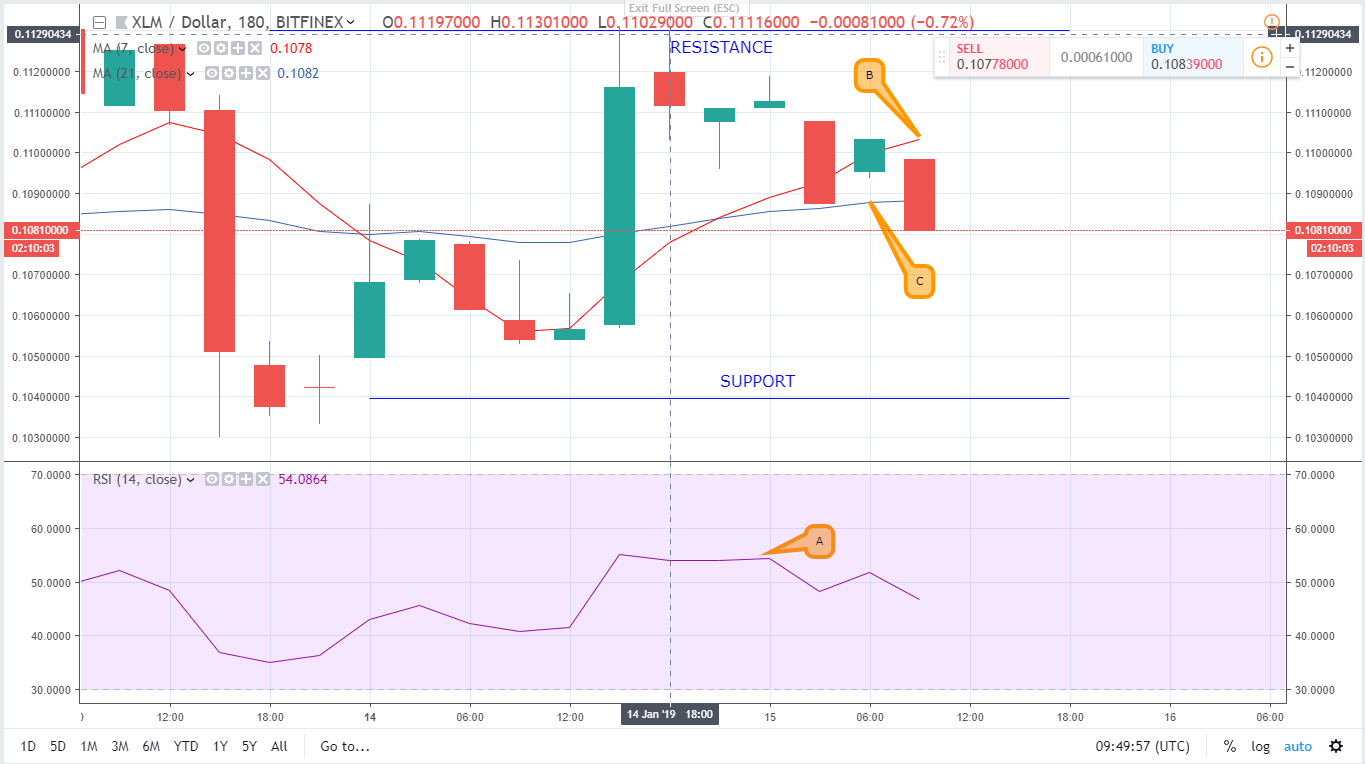 As was with Tron, stellar (XLM) enjoyed a skyrocketing run with its price. It recorded a 5.51% increase, coming from $0.1050 to $0.11. The upward trend grew in strength at around 1500h yesterday after little market activity blamed on the Bearish trend from last week.

At around the said time, the 7-day Moving Average (B) crossed over the 21-day Moving Average(C) marking a Bullish trend. In the markets, investors are holding onto their coins rather than selling them as shown in the RSI (A).

Unless the Bulls bottle this promising momentum, the upward trend will sustain. 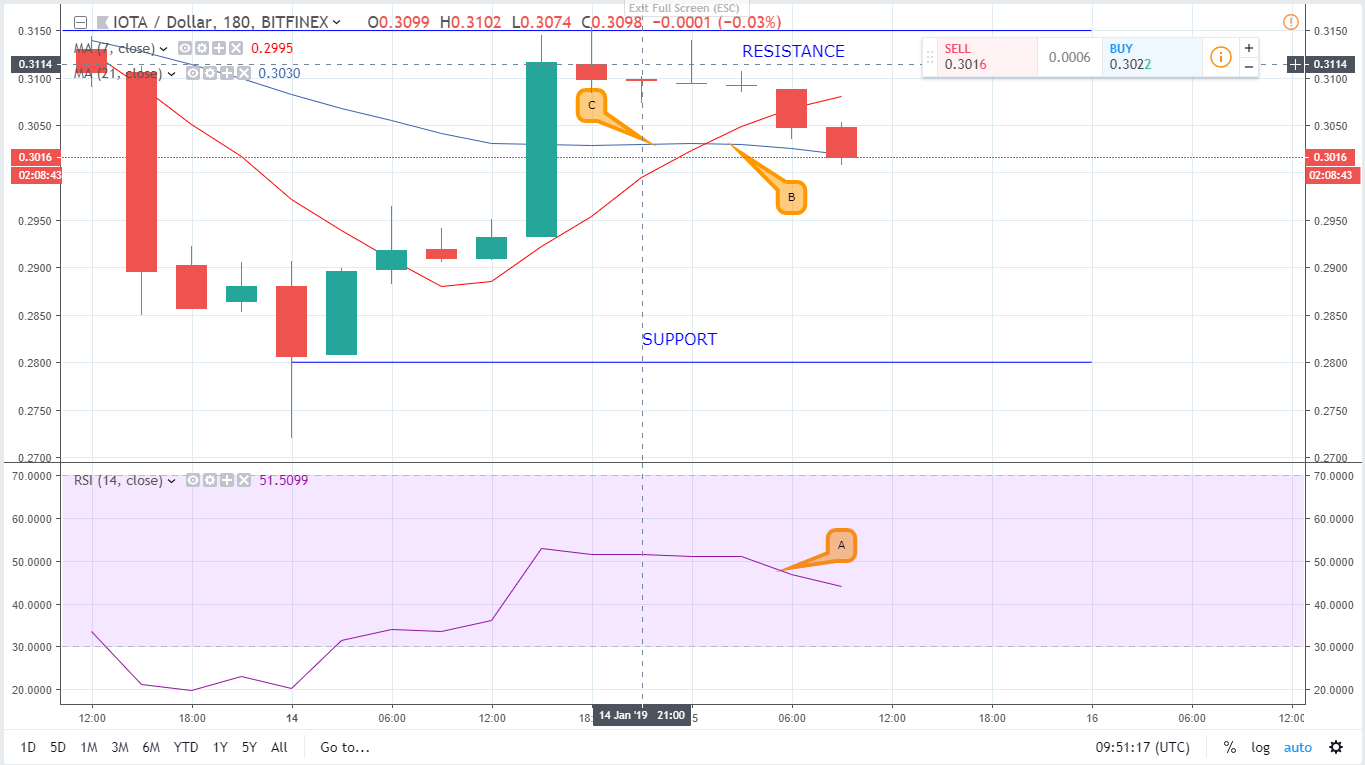 Iota (MIOTA) was up by 4 percentage points after going through a Bullish momentum that saw it move up from $0.2880 to the current $0.3048. This Bullish run saw the 7-day moving average cross (C) above the 21 day EMA (B) with the latter acting as price support.

The Bull Run has pushed the support zone further up which has had the effect of imparting positive sentiments to investors as seen in A. the RSI has come down which means investors have faith in Iota’s recovery.