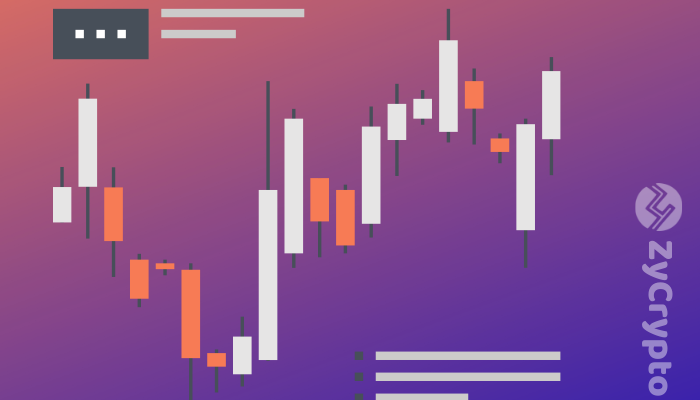 At press time the bears have the upper hand in the cryptocurrency market. With red lights indicating price decline for almost all the top 100 cryptocurrencies, traders will find it difficult to make trading choices while weighing in on whether or not the market will continue in a downtrend or modify itself on the long run and make an upsurge in volume and price.

The big bull, as usual, is not exempted from the effects of the bears and traders can attest to this. With a trading price that had been dangling between the $3700 and $3600 level throughout the past week, a drop in price was slightly anticipated, and this has indeed become the current situation as Bitcoin is now trading at a price of $3584.46.

Bitcoin’s current trading price which was birthed by the market movement of the past 24hrs reveals that the big bull had attained a total of 0.59% in losses against the USD. As of yesterday, BTC closed at a trading volume of $5.5 billion, but at present data from coinmarketcap shows, the figure has reduced by more than $500 million as trading volume is now an estimated $4.99 billion.

Seeing that the majority of cryptocurrencies are made up of altcoins, it is not surprising that most of these tokens have suffered more losses throughout the slight bearish rain. Ether and Maker MKR has emerged as two of the most victimized tokens with losses ranging from 2.07% to 5.83% respectively.

While Maker MKR is has managed to maintain a decent trading price on the $400 mark, Ether stumbled down the bridge yesterday, losing more than $5 between its opening price of $124 yesterday to now settle at $117.

Despite Bitbox traders managing to boost trading price with pairs of EOS/ETH to $102.20 million in the last 24hrs, traders will need to double this effort to enable Ether to remain on the $100 level.