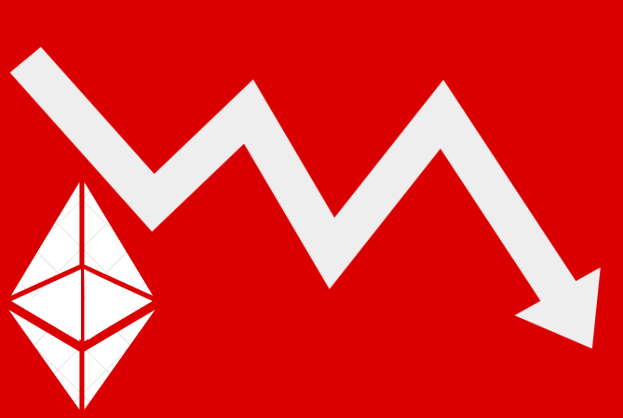 The volatility in the cryptocurrency market is actually affecting the entire market that one could imagine where the market is tending to, The past week have been an entirely high volatile Sections, with Only Bitcoin Sustaining and Resisting harsh Tumbles before Joining back the Bearish thread.
One of the Altcoins that has been affected drastically is ethereum which has lost more than 550% of its value after attaining the highest value of $1432.88 on Jan 13,2018 and is presently trading below $244 as at the time of writing. 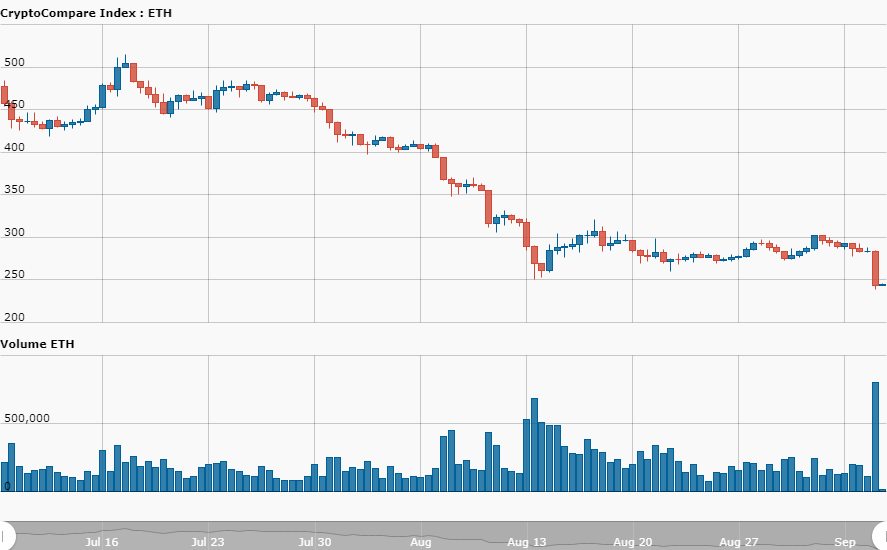 Various market conditions have contributed to this bloody Decline
Ethereum has Experienced reduction in its trading volume, the public sentiment on ethereum could be said to be negative as traders interest in it has been Constantly reducing.
The trading volume of ethereum was more than 5 million as at the time it attained its highest value but it’s presently below 1.6 million, which shows a decline of more than 300%. This has adversely affected the price of ethereum.
Ethereum has been battling with High Volatility for some time now, Some of which are Apparently because of the movement of some major crypto tokens out of the ethereum blockchain network.
The high activities of most of the top erc20 crypto tokens within the ethereum blockchain was quite high as a result of the gas fees that was paid. However, after the movement Of Top Tokens like EOS and Tron to it’s mainnet, the activities within the ethereum blockchain has significantly reduced.
Yesterday ZyCrypto Reported On Jeremy Rubin’s Opinion About Ethereum, Where Rubin Stated that the Value Of ETH might Drop to $0 if some Major fixes are not done which vitalik also commented On and Agreed with him, Such Negative speculation about ethereum value Could Affect The Coin in a Highly Negative Approach as no strong investor could invest in a project that is good as failure.

3 Key Reasons Why Ethereum is in High Demand This Year