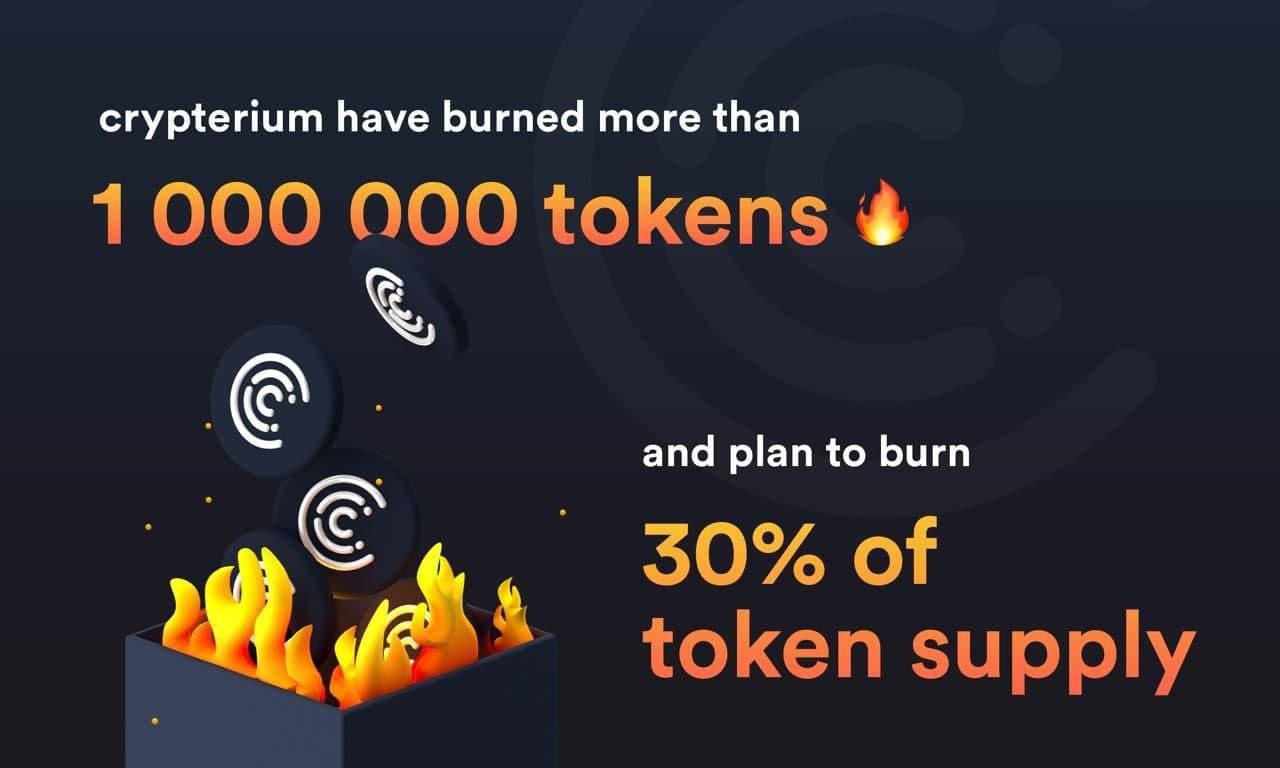 Earlier this month, Crypterium, a cryptocurrency bank, announced that it had set an ambitious goal to burn off 30% of its total token supply. This often happens when a blockchain or crypto-based project wants to adjust the current market supply of its native token, in this case, the native CRPT token. Now, roughly 2 weeks after the initial July 1, 2021, announcement from the company, a part of the token burning goal has been reached.

30% of its total token supply would represent millions of CRPT tokens and so far, the company has burned about 1 million of these. The idea behind burning these tokens was for the benefit of users of the ecosystem who pay a 0.5% fee on transactions within the ecosystem. This is also not the first time that Crypterium would burn its own tokens as back in 2018, 1.6 million tokens were burned from existence.

A History of Crypterium and Token Burning

This is in line with the company‘s current burn goal as if this continues, roughly 2.3 million tokens would have been burned in two years which represents almost 30 percent of the total token supply. The company has been rather aggressive in this goal, as they have not only burned tokens associated with transactions but are now retrieving them from the open market.

The reason for these consistent efforts is that a reduction in the total supply of CRPT in the market will drive up the price of existing tokens which benefits both the ecosystem and its users. Up until July 10, 2021, holders of CRPT could send their tokens to a specific wallet address after which the tokens would be burned out of existence.

It has been estimated that 18 million out of the 83 million CRPT tokens that exist are locked in deposit accounts and thus, the company is moving away from focusing on just tokens that are burned as a result of transactions but also wants to burn idle tokens that are not being used.

“Until now, our burning rate exclusively depended on transactions. However, looking ahead we’re planning to redeem tokens from the market for burning purposes. We are confident that increasing CRPT burning speed will have a positive impact on our ecosystem,” said Austin Kimm, COO at Crypterium, at the time.

Now that the 1 million tokens have already been burned, Crypterium’s long-term goal seems even more feasible, and as more milestones are reached in terms of token burning, the company is expected to provide public updates.