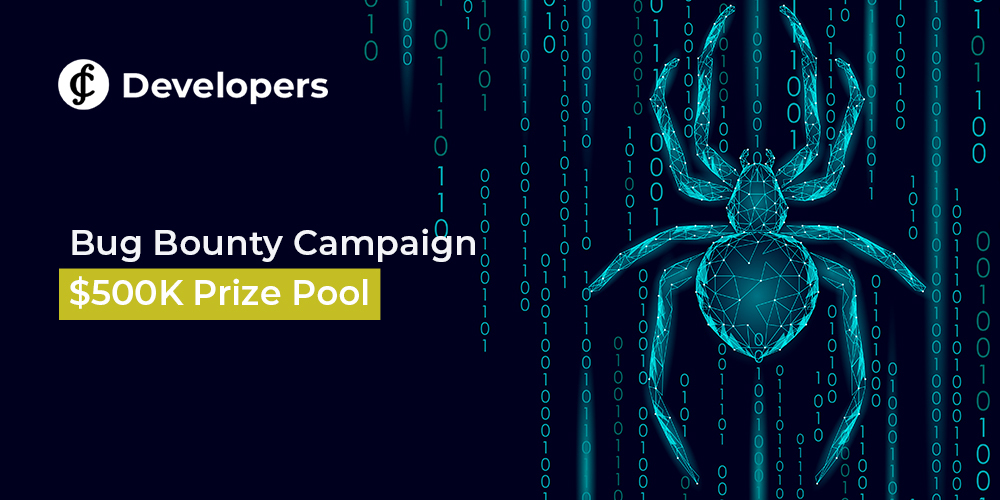 On June 29, Credits announced the launch of the first stage of Bug Bounty Campaign on Github, underscoring its commitment to provide the fastest blockchain platform. The program is aimed to optimize source code, eliminate vulnerabilities and improve platform’s security. All developers and security experts are invited to attend.

Credits nourishes its technology step by step and invites all savvy users to take part and contribute to the common decentralized future. By running the Bug Bounty Campaign, the company would like to call upon all skilled researchers to work together in order to identify any weaknesses and perfect the technology.

The program has an overall prize fund of 500 000$ and each specific reward varies depending on the severity of the flaw and location. Here is a list of errors from most to least:

The following components of Credits Platform are included in the 1 Stage of Bug Bounty Campaign:

“Bug Bounty program is a must-have tool of any IT-company to strengthen the development of safer products. At this point Credits is ready to provide high quality and credibility of its platform and is fully committed to meet the challenges of the increasingly complex world of cyber threats”, Igor Chugunov, CEO & Founder at Credits.

All payments will be made in BTC/ETH/CS coins. In the case when the bug was found and the legitimate amendments were proposed, the triple remuneration is prescribed. To learn more about the conditions and details of the program please access the following link: https://developers.credits.com/en/NewsPage/Credis_Bug_Bounty