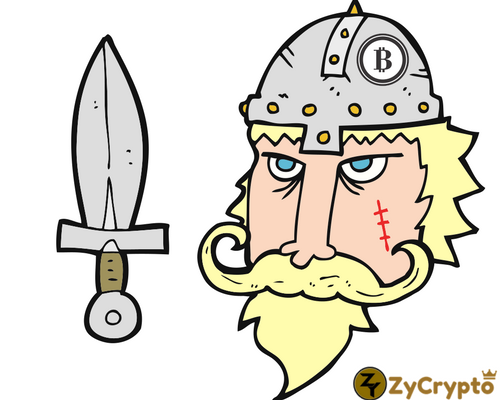 The man under the pseudonym Cobra (Co-owner of bitcoin.org & bitcointalk.org) has become news again, publishing a controversial open letter in which he strongly attacks Bitmain and its subsidiaries, saying it is necessary to get rid of them as they have gathered so much mining capacity that they could be potentially dangerous.

“People talk about “new entrants” to the mining scene, but it’s almost impossible for anyone to catch up to the total domination of the mining space by BITMAIN (…) They have questionable allegiance to Bitcoin at best, seeming more interested in supporting Bitcoin Cash, undermining the very network that employs them (…)”.

The problem according to Cobra is that with such a large level of mining centralization, the possibility of a 51% coordinated attack increases, the fate of the network is based on the trust placed in large mining pools and even governments can easily take control of these centralizing entities by pushing their own political agenda:

“Economic incentives only work when broadly applied to many participants. If mining was distributed among 100 independent miners, each with 1% hashrate, spread all over the world, you can trust the economic incentive to work as expected. It’s much less likely for something to happen that would take control of 51 of those miners.
However, if you have like 3 miners who matter, with 2/3 of them in one country, these incentives break down. Maybe their government takes their equipment, or they’re insane, or they are just evil.”

Cobra’s criticism is so strong that he even says that the miners are the cause of the problems bitcoin presents: “it’s the miners that have supported every hostile attempt to take over the network. It’s the miners who block new features for their strange political agenda. It’s the miners who lend support to altcoins that undermine Bitcoin.” Quite delicate accusations, especially at a time when bitcoin is regaining its confidence and increasing its marketcap.
A Possible Solution
To solve this problem, which Cobra compares to having an offender pointing a gun at you and having the calm of knowing he won’t shoot (51% attack) because the negative consequences dissuade him, he proposes that the community perform a Bitcoin hardfork by switching to Proof-of-Stake or at least using a slightly simpler mining algorithm to stimulate the existence of more miners.
This migration has been considered by Ethereum, although for different reasons and it seems that in the event of a migration of both networks (BTC and ETH) energy savings and computing efficiency could be highly beneficial for the community.
However, Cobra himself acknowledges that it is a difficult step to take as the community is so big that it is difficult to achieve consensus and adoption by a majority, even more so since philosophically, proof of work is one of the essential concepts introduced by Satoshi Nakamoto himself when he proposed the creation of Bitcoin.
Jihan Wu responds
In response to this letter from Cobra, Bitmain’s CEO and man of few words, Jihan Wu, replied with some statements via twitter dismissing his words as out of place.

“While ethereum is discussing erc-20 improvement proposals and lots of other new blockchains are testing aggressive innovations, Bitcoin. org’s controller is busying with political games like changing the PoW, the future of bitcoin looks not good.”

The truth is that in the consensus algorithms there is no perfection, because although it is true that in the Proof of Work, large pools can have some power, in the Proof of Stake algorithm, it is the great whales that could have that control over those who do not have the capacity to put so many resources at stake. Apparently, the problem of centralization of power will always be difficult (or impossible) to solve.