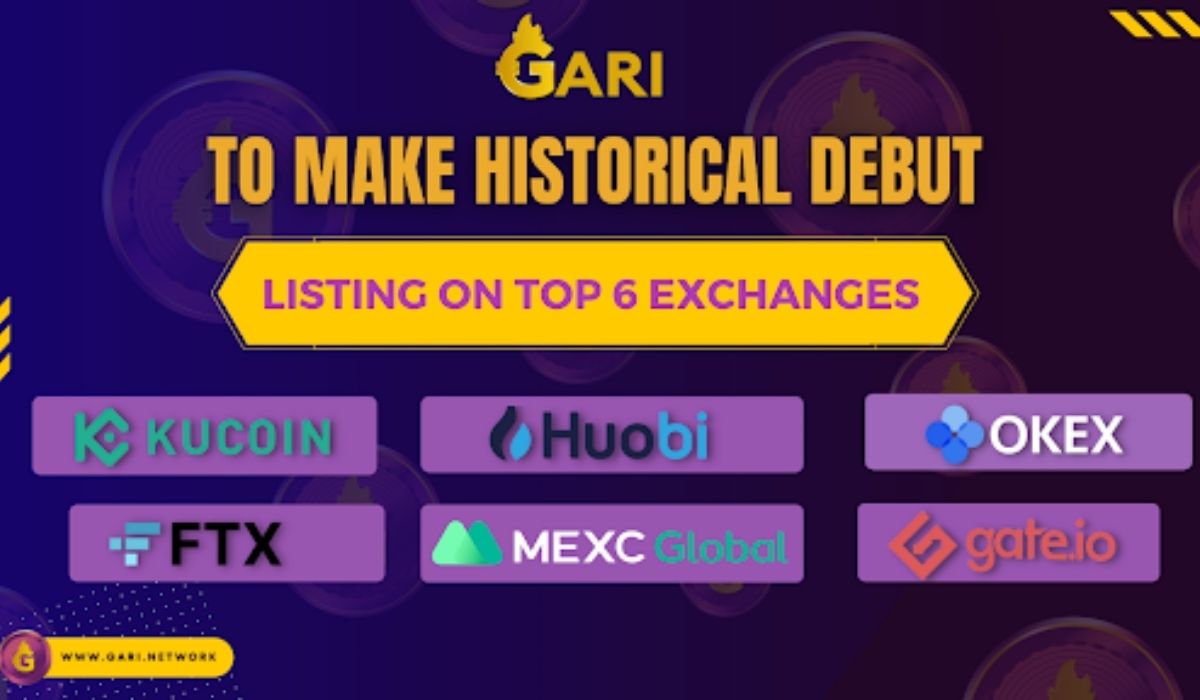 Following a successful Series A funding round earlier in the week, Chingari, India’s top video-sharing app, $GARI, its native token has been listed on six top exchanges. Announced Monday, $GARI will be listed on Huobi Global, FTX, KuCoin, Gate io, OKEx, and MEXC Global, which have reported over $12 billion in combined daily trading volume.

The listing follows a bright start to the week for Chingari users and investors, as top venture capital, Republic Capital led a successful $15 million Series A funding round for the app. Other investors in the round included Onmobile, JPIN Venture Catalysts, and Hill Harbour, along with selected angel investors.

The latest listing is expected to boost the liquidity of the $GARI token while increasing adoption rates and pulling media attention to the app. Notwithstanding, according to Chingari’s CEO, Sumit Ghosh, the latest listings set $GARI apart as the only cryptocurrency to “ever gain a simultaneous listing on six of the top crypto exchanges”.

While the video-sharing app remains mainly domiciled and used in South Asia, its user adoption rates have been off the charts. Dubbed the “Indian Tiktok”, Chingari ranks as the most downloaded app on Google App Store in India and the most popular social media app in the country, ahead of its competitor Tiktok, Youtube, or Instagram. In numbers, the app has been downloaded more than 100 million times and counts over 32 million active monthly users, meaning $GARI has the key advantage of being able to tap into Chingari’s enormous existing audience.

According to Ghosh, Chingari’s potential is set to grow further with a vision to build a new metaverse and revolutionize Web3.

“Chingari is bringing the web3 revolution to the creator economy with its $GARI token. $GARI will enable 30 million monthly active users of the Chingari Short video app to get on-chain.” Chingari CEO Sumit Ghosh said in a statement.  “The Chingari and $GARI teams and the entire community are super excited about its launch and listing!”

Launched in October 2021, Chingari has seen its fan base and user acquisition rates grow at explosive rates and the latest listing could open up new markets and investors on the platform. Part of the wide audience the video-sharing app has received came from the company’s Bollywood superstar brand ambassador Salman Khan, which followed up with a record-breaking IDO via its Initial DEX offering on the SolRazr launchpad last month.

Finally, the trading of $GARI tokens will also be simultaneously launched across all six exchanges, the statement concluded.