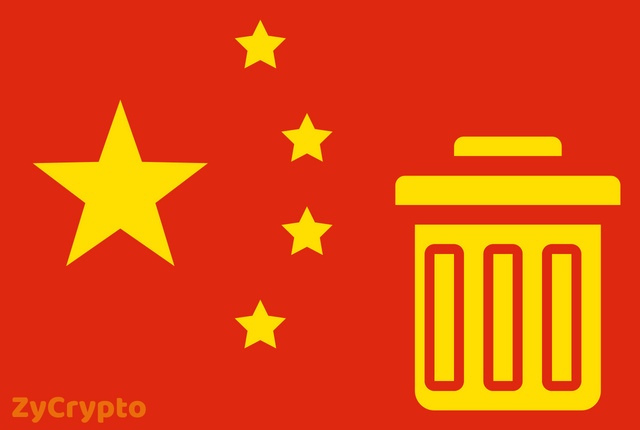 China has a population that is becoming increasingly interested in Bitcoin and other cryptocurrencies; but, its government has also been ratcheting up efforts to suppress the growth of digital assets amongst the country’s people.
According to the South China Morning Post, more than 120 foreign cryptocurrency exchanges have been blocked recently by the Chinese government. Authorities in China will also block websites promoting ICOs, and sites that offer cryptocurrency payment services.
China is clear and open in there attempts to slow down and stop the growth of Bitcoin and altcoins.  Officials all over the country are taking steps to ensure Bitcoin cannot have unfettered growth.
Authorities have even gone as far as banning hotels in certain cities from hosting any events that have anything to do with cryptocurrencies and have blocked many cryptocurrency related accounts on the country’s most popular social media platform WeChat.
The strongest part of China’s crypto crackdown has been on ICOs.  Chinese officials have warned citizens that most ICOs are poor investments with many being actual scams with no real intentions of producing a working product.
Sheng Songcheng, an adviser to the People’s Bank of China released a statement on Friday through state media warning investors of the perils of ICOs. With hundreds of companies forming with only the goal of robbing people, the Chinese government feel justified in their attempts to slow down the spread of the industry.
Jehan Chu, co-founder and managing partner at Kenetic, a blockchain investing firm in Hong Kong, thinks China is an important hub for cryptocurrency and blockchain.  He says China’s goal is to corral the crypto space but not stop it entirely.

“I’ve always held strong to the idea that China, in the long term, is not trying to ban crypto,” Chu said. “Instead, they’re trying to reform it and clean it up so that they can roll it out in China the way they rolled out the internet, their own way with their own rules.”

Many cryptocurrency experts have long worried that China’s tough laws could severely hurt the market for cryptocurrencies around the world.  If the country suppressed the spread of cryptocurrency enough it could cut billions off from the technology entirely and simultaneously temper the interest of investors that observe the tough conditions in China.
However, cryptocurrency continues to see high trading volumes in China and blockchain technology is still of high interest to developers and investors despite the government’s crackdown.