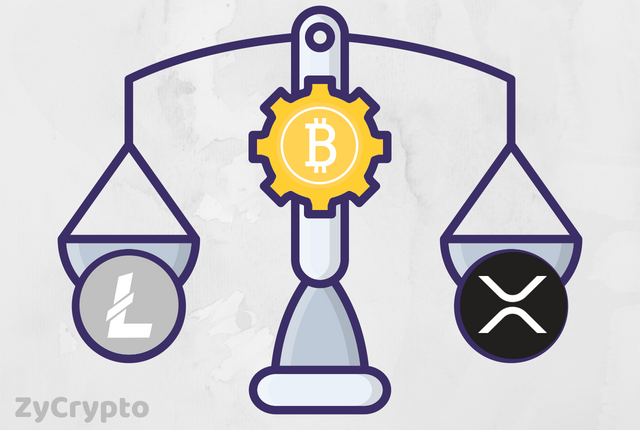 This is no other person but the founder of Litecoin Charlie Lee who has said that he feels less pressure after he had sold all his Litecoins and is now concentrating on building it up.
In a recent news he said that everyone should try and own at least a Bitcoin since it could be a great asset in the future. His reason for selling the Litecoin in his possession is to focus on the development of Litecoin Rather than speculating on its value in the markets.
During the Asian Blockchain Summit held in Taiwan, he granted an interview about Cryptocurrencies, where he said that Bitcoin, litecoin and Xrp could be compared to gold, silver and diamond respectively.
He said,

“it was less than two weeks in consideration. After selling it, I feel that there is no pressure … Because at that time I will also publish some predictions about the movement of the Litecoin market, but it always feels a bit strange.”

Charlie Lee, Added that Litecoin and Bitcoin are similar just that the later has more use than the former.
He also Hinted,

it doesn’t need to face storage problems; it’s also very convenient to transfer. For me, it is better than gold in many places. If you are more optimistic, the market value of Bitcoin may be more than the 10 trillion market value of gold. More than 100 times the upside.”

He then added that,

“There are many possibilities (of finding and altcoin to resemble value), but Ripple is somewhat like a diamond because its supply is also artificially controlled. And diamonds are actually advertising … If you want to buy a Ripple for marriage, it is very valuable, haha.”!

Since cryptocurrency is increased by speculation, it’s very much likely that this coins Might see a boost in Price Performance For this honest unbiased sayings from a Prominent coin Founder.
Ads by Cointraffic