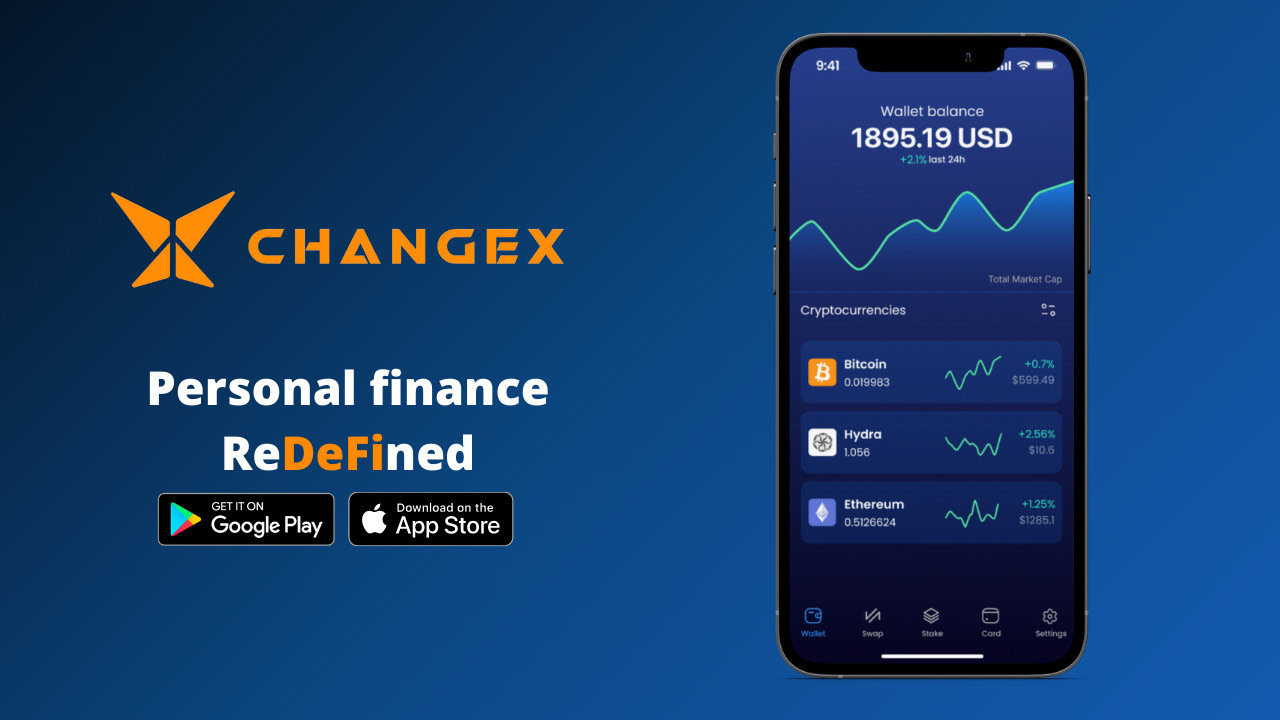 ChangeX, an all-in-one personal finance mobile app, is excited to announce the launch of its native token, CHANGE, to be used trading on HydraDEX and Uniswap.

The token was introduced to the ChangeX app on July 19 2022, with in-app staking and compounding rewards. These rewards will notably be paid out in CHANGE. During the release day, the staking APR was in the 500% range without including the compounding of staking rewards.

While commenting on the launch, Nikifor Iliev, ChangeX’s CEO explained:

“ChangeX is entering a very exciting stage, and we’re very happy with the numbers. We’ve got the app up and running, the token is online and we’ve reached a very important milestone with staking now available. We aimed for a timely release according to our roadmap, and our developers have been working round the clock to reach deadlines and provide the beta version of the app to the community. All this was achieved in less than 6 months, and we’re all very proud of it.”

Notably, the token launch comes after a successful ICO raised $2 million, defying the bear market sentiments.  This funding will reportedly fund the project for the next 24 months, with strong financial support despite the current market conditions. Days after the project’s launch, both iterations have continued to surge, a strong indicator of ChangeX’s integrity and the strength of its community.

In Q3 2022, the ChangeX team is planning on bringing delegated HYDRA staking, allowing users access to full staking benefits without the need to set up a node. In addition, the team is also working on setting up the foundations for ChangeX’s open lending market and flagship leveraged staking product. This product seeks to offer users margin positions on multiple staked assets in the app while amplifying yield by a factor of 1.2 to 2x.

“All the additions we’ve planned for the future in our roadmap complement each other and create an all-in-one app ecosystem that works on interoperability and simplicity. The end goal is a smooth and user-friendly app that offers unprecedented ease of access to DeFi, crypto, and traditional finance.”