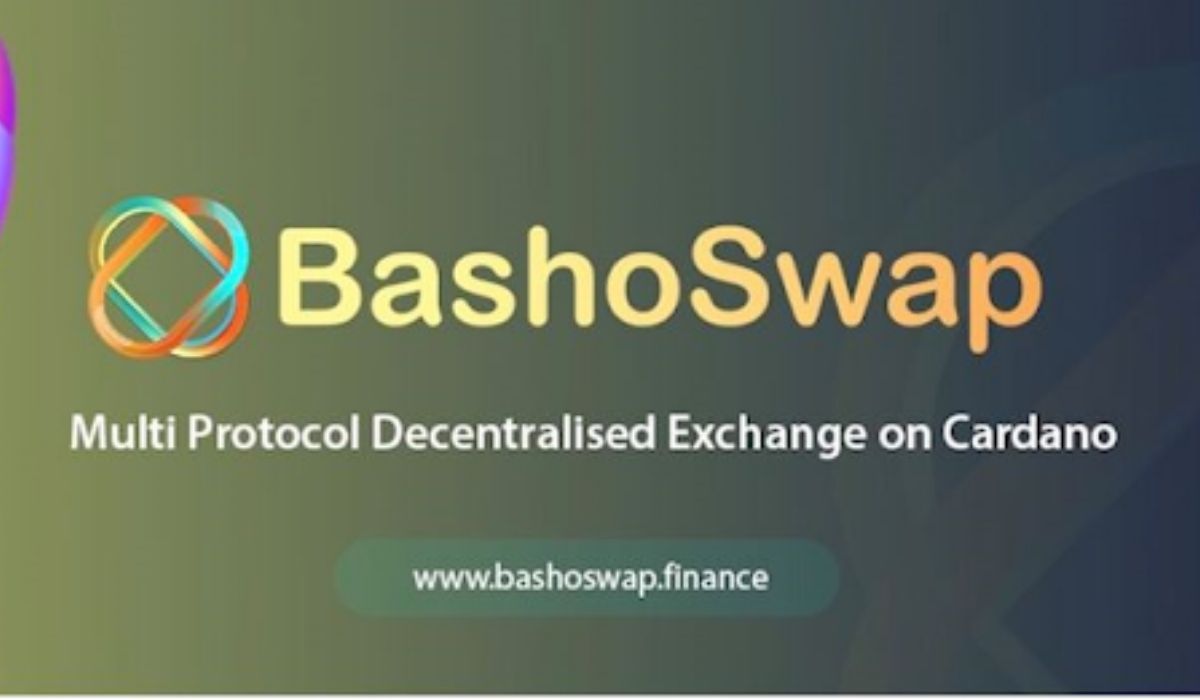 BashoSwap, a decentralized exchange (DEX) that seeks to facilitate swaps between ADA and other crypto assets within the Cardano ecosystem is thrilled to announce the launch of its private sale whitelist to early investors.

While journeying through its mission to develop fully-featured cardano defi products that will be of huge benefit to the Cardano ecosystem, BashoSwap has announced the launch of its Cardano-Powered decentralized exchange and launchpad project.

The Cardano’s Startup decentralized exchange has been designed to combine elements already existing on other blockchains like the AMM, Staking, and LP Token locking model on Uniswap, Unicrypt, and PancakeSwap readapting it for the Cardano Blockchain to develop de-fi Apps powered by the $Bash token.

The launch will see users swapping their Cardano tokens, adding liquidity to earn LP fees, and also accessing a launchpad that will support Cardano startups.

The platform will be governed by BashoSwap’s utility token $BASH. The token will be utilized by the Bashoswap community in multiple ways as they can Stake, Farm their $BASH tokens to earn more rewards, and can also be used for governance.

According to the announcement, the platform has already opened room for early adopters who would want to become part of the project as it revealed that early investors can whitelist for the $Bash token Private sale via the link.

BashoSwap has deployed several unique mechanisms and designs in a bid to revolutionize the decentralized finance industry and cryptocurrency space. As such, it is utilizing the vast experience of its founding team and the power of blockchain technology to fund, develop a truly novel and disruptive product.

BashoSwap’s team comprises experienced developers and project managers which includes developers and crypto enthusiasts with a deep understanding of native assets, smart contracts on Cardano, and the overall blockchain ecosystem.