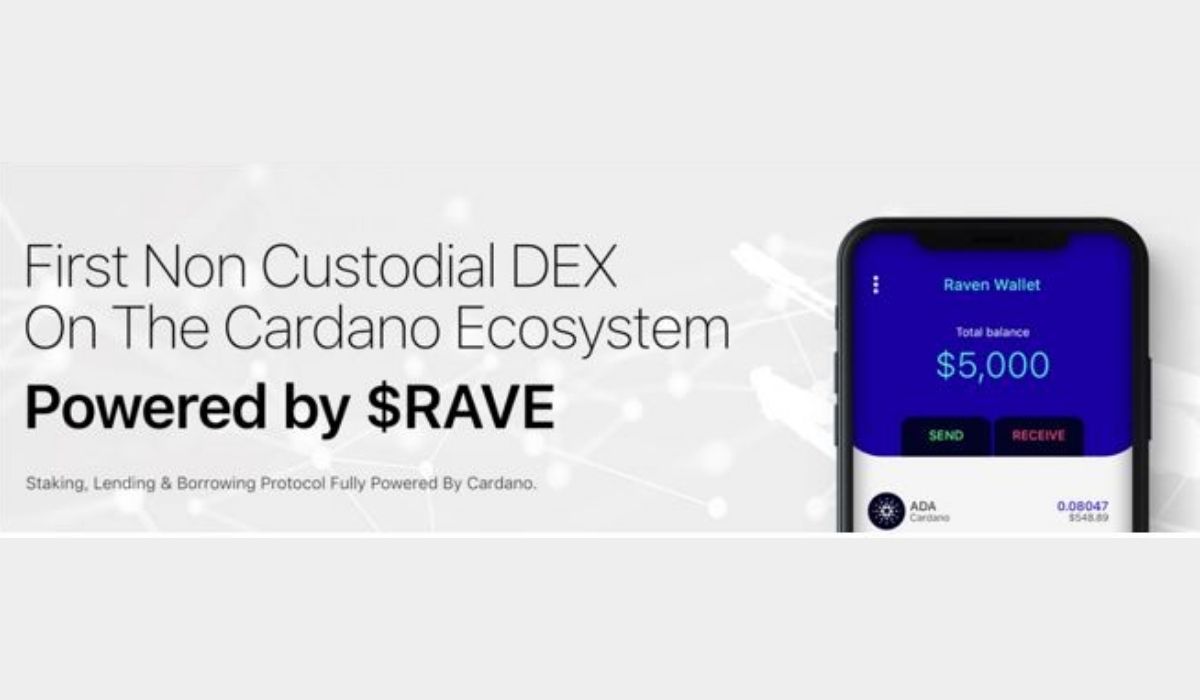 Ravendex, a decentralized exchange on Cardano, is going for a fourth exchange listing, an announcement by the team says. The exchange which allows ADA holders to stake their tokens on RaveP also rewards them with Rave Tokens every five days.

The staking is made possible through Cardano’s Proof of Stake system where delegators stake their ADA to secure the network to earn more ADA in return. By staking on RaveP, users can earn RAVE tokens without spending their ADA.

This has been ongoing for more than 6 epochs with 5 million RAVE tokens distributed to delegators as rewards. Going forward, ADA holders will be rewarded with 0.0325 Rave tokens for every ADA they stake per epoch.

In addition to staking, Ravendex is also developing an all-in-one DeFi on Cardano. This will comprise a launchpad, a decentralized exchange, and a permissionless staking vault that rewards users with Rave tokens for holding their own RAVE in their wallets.

When launched, Ravendex will empower developers to launch their ideas on Cardano with an IDO launchpad and other services. By holding Rave tokens, users can also vote for their favorite projects on the Ravendex launchpad, depending on how much of the token they hold.

RAVE has so far been listed on Bitmart, Bitrue, and Sundaeswap and will be listed on an undisclosed top exchange in the coming days.