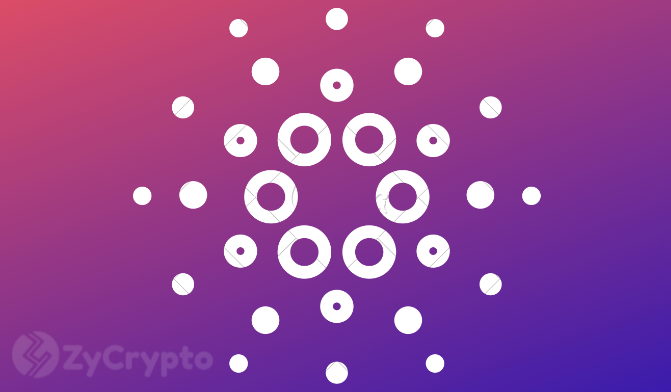 The last couple of months have seen Cardano be kicked out of the top ten ranking and with it lose investor confidence as a major player in the industry. Despite the recent drops, Charles Hoskinson and his team have been promising more development and commitment. Now, their work has been acknowledged following the discovery of a vulnerability within proof-of-stake (PoS) cryptocurrencies.

Research showed that at least 26 PoS cryptocurrencies were vulnerable to an attack with a notable exception of Cardano. This announcement is expected to go a long way in restoring investor confidence for Cardano.

U.S researchers have discovered a loophole that could potentially allow hackers to attack systems based on PoSv3 (Proof-of-Stake version 3) normally based on Bitcoin’s core code. The loophole allows person(s) with a small stake of the token to attack any network node using corresponding software.

Cardano has in a response posted an article to further guarantee that their network is safe. In the post, the company revealed that the network uses Ouroboros protocol which uses no Bitcoin code. It further states that its secure status is not “just good luck, but a consequence of the thorough, formally-verified approach taken during Cardano’s development.”

At the time of press, Cardano is recording marginal gains of less than 1% as it continues to trade far below an earlier established range. Cardano dropped below $0.040 on Monday after successfully staying above it since Jan 13. 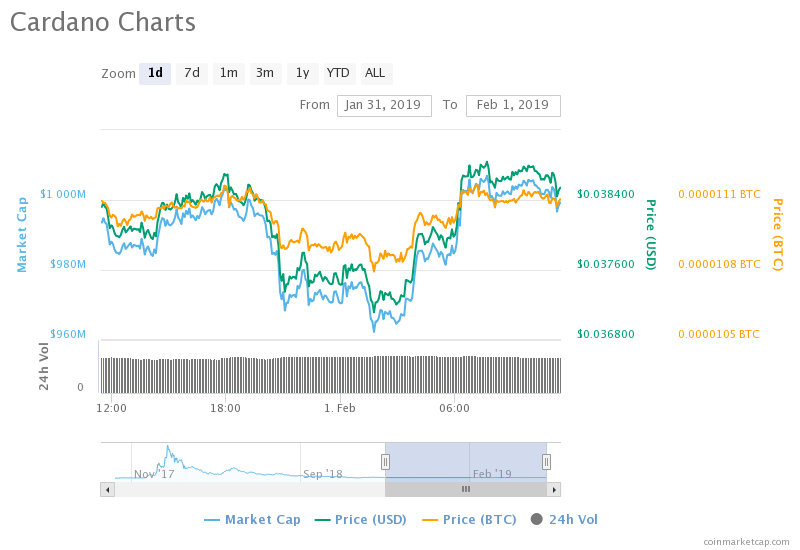 Although the one-month chart shows it was unable to break past the $0.054 resistance level, its support above $0.040 was keeping it in range of making a dramatic rally. Now the coin is trading for $0.038, a precarious position that could lead to more losses if the wider market does not find stability soon and pull itself up.

A few months ago, Cardano was one of the most highly regarded cryptos in the market. It was not only brushing shoulders with Litecoin for the fifth spot but was also regarded as a worthy competitor of Ethereum. In the coming months, the project will need to make or a launch a distinguishable development that will help accelerate prices.

Charles Hoskinson and his team will have to dig deeper and find some positive news that will boost the bulls in getting Cardano back on track to becoming a leading cryptocurrency.