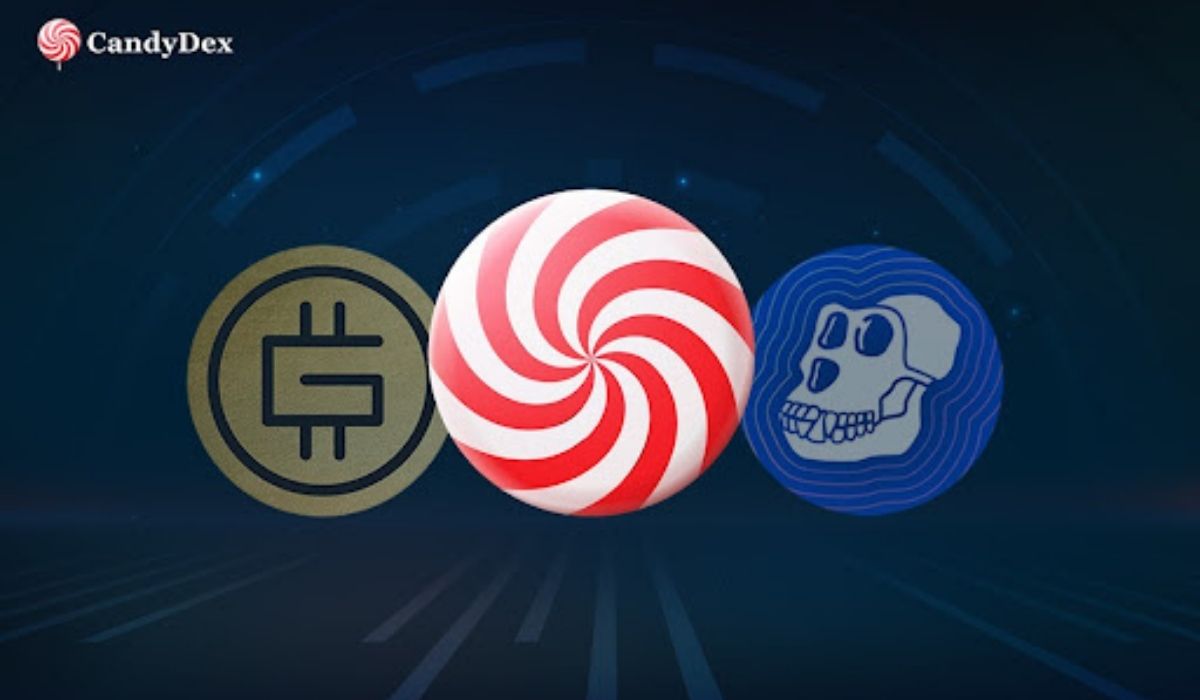 As the crypto market has been plunging, crypto investors are looking at new tokens as alternative investments. CANDYDEX is one such token that has shown resilience. The token is expected to go up in the future, similar to ApeCoin and StepN (GMT). We will compare the three in this article.

This is move-to-earn crypto and social-fi app built on the Solana (SOL) network. Described as a web3 lifestyle app, the app rewards users for maintaining physical fitness by walking, jogging, or running.

Move-to-earn is a new idea similar to the Play-to-earn concept, which includes Game-Fi, Social-Fi, and NFT elements, only that it rewards users for adopting better lifestyles. The project has a collection that includes four different sneakers, the price of each determined by its type, rarity, and degree.

The number of users in the Move-to-earn model is increasing quickly and we wonder if the CandyDex token (CANDYDEX) will follow a similar trend as shown by StepN (GMT).

ApeCoin has attracted many celebrities, including singers such as Eminem and football stars like Neymar Jr who have bought the NFTs for their beauty and other perks which include access to exclusive events held in prestigious locations and hosting famous personalities.

Because of the reception it got, APE quickly became one of the most traded digital assets in the 1,000 largest Ethereum (ETH) wallets and was amongst the Top 10 most-bought tokens, going up 1200% in its first week of trading.

So now what is CANDYDEX? It is a DeFi platform for users to swap tokens, borrow BNB, MATIC, AVAX, FTM, and ETH against their favorite cryptocurrencies or increase their exposure. The project aims to provide the most secure and trusted entry point to deploy capital in Defi.

Made up of passionate thinkers and builders, the CANDYDEX team seeks to give DeFi users a better experience and increase their return on investment. The platform aggregates multiple DEXs into a single platform, allowing users to track the movements of thousands of tokens and synthetic assets and forecast the market movement before it moves.

This helps the platform to solve critical issues facing today’s DEXs such as significant slippage, non-real-time information, and lack of market indicators. To ensure that it is truly reliable, the project’s token contract has been audited by Tech Audit, Audit Whale “Haze Crypto” and others while Certik and Hacken are to do so soon.

CANDYDEX is a native token built on the Polygon blockchain. It has launched on Etherscan, Binance Smart Chain, Polygon, Avax, Fantom & USDT Chain (BSC) and is doing well so far in 2022, with a huge spike in the price throughout the IDO.

The token is used primarily to incentivize liquidity provision to the CANDYDEX platform and allows holders to participate in the governance of the protocol. Holders of the token can also swap for  ETH,BNB,MATIC,AVAX,FTM & TRON-based crypto coins.

CANDYDEX held an Initial DEX offering (IDO) on 25 April 2022, right on its own platform. The IDO will be carried out in three rounds, the first being on 25 April at an initial price of 0.1 USD. The second round will be announced after the first round and the price of the token will be 0.5 USD. The third round will be announced after this and the token price will be 1 USD.

Following the presale, the team has continued with its plans according to schedule. It launched the IDO, initiated another token burn, developed an NFT Marketplace, creating a native blockchain, and launched a surprise airdrop with its new token.

It is also working on providing a staking portal that will allow CANDYDEX holders to earn more through yield farming.

Details of the IDO are as follows:

Bonus on IDO Sale Round-1:

CANDYDEX has so far achieved its pre-IDO sale target of 5.5 million as the presale has been very successful. The team is extending the sale due to delays caused by market fluctuations. The sale will therefore close by 4 p.m. EST in June. 16th, 2022. Existing users will get a token bonus of 10% on 17th May 2022, while new users will get 15% on their new token purchase.