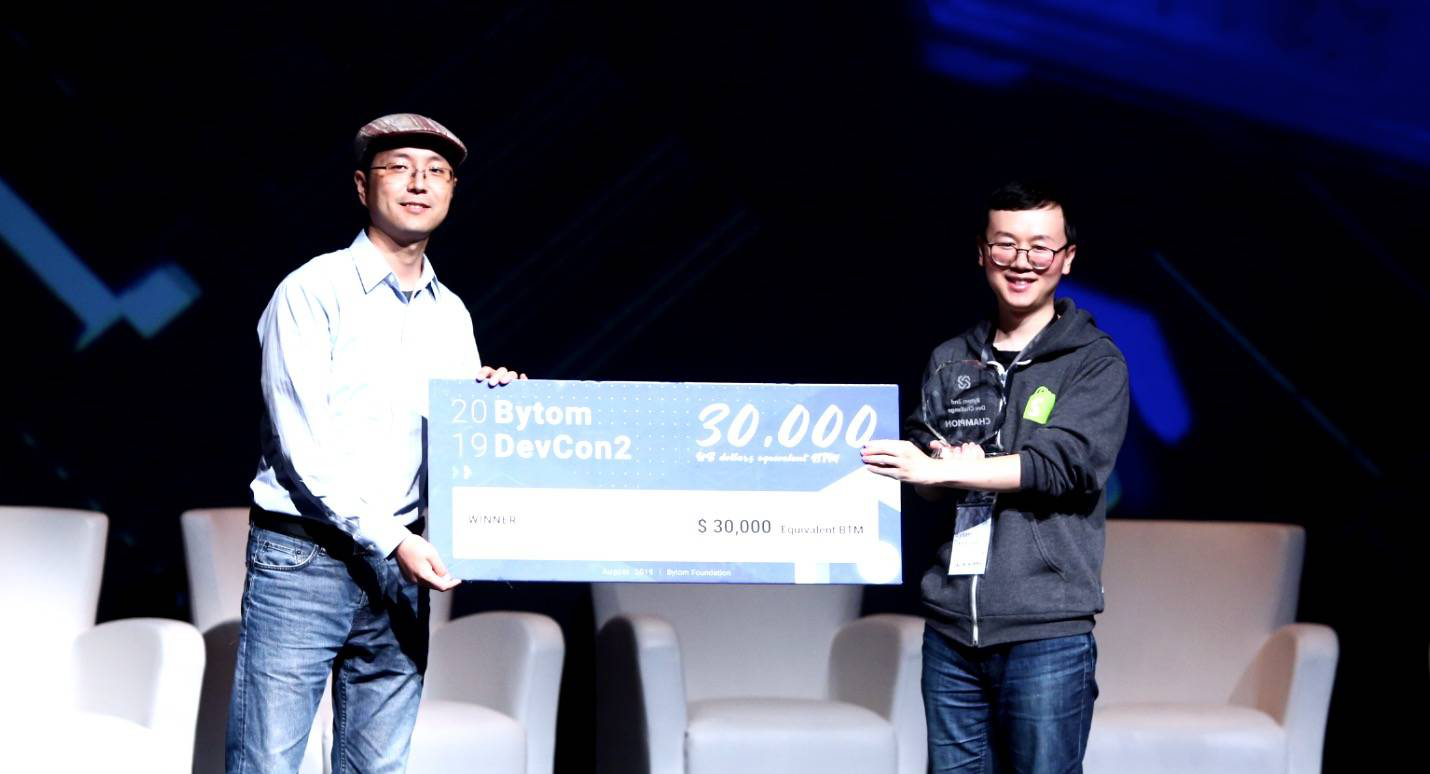 Over 50 teams from various regions including Russia, Nigeria, USA, Brazil and others registered for this year’s dev conference and six winning teams presented a demo at the conference.

The first prize went to Pawpaw team from Canada, which built a BTM micropayment system.

It’s worth noting that Bytom’s first dev conference was held last year in China, and this year’s event was attended by a good number of blockchain big whales including Darin Kotalik, Director of ETC Labs, Naveed Ihsanullah, Head of Engineering at Algorand and a host of others.

Many pertinent issues were discussed at the event, including public blockchain investments and digital assets.

In the opening remarks, Duan Xinxing, Founder and CEO of Bytom explained the reason behind the creation of Bytom. He made it clear that Bytom is designed to function as a digital assets internet.

He also talked about the launch of Bystack, a DLT service platform that features a mainchain and sidechain.

The Bytom team has also revealed plans to release the Bystack roadmap soon. Bystack will also have a developer center as well as a decentralized identity system.

Wei Wang, BBFT’s presenter noted that by using the BBFT consensus algorithm, the TPS on a sidechain can reach 20 thousand, with a confirmation time of just 0.6 seconds.

In a first of its kind, Bystack combines PoW, DPoS, and BBFT algorithms to break the trilemma theory in DLT.

MATPool CTO, Lei Jin talked about Mining as a service (MaaS). MATPool, which is Bytom’s official mining pool, offers crypto custodial for miners and it tries to look for the most profitable tokens automatically.

During his presentation, Mo Dong, Co-founder of Celer Network, noted that Celer is looking to promote the widespread adoption of DLT via games and the project has launched CelerX, a mobile app which devs can use to develop HTML 5 games easily.

Cecilia Li, Investment/Partnership Director of OKcoin stated that there’s virtually no asset that can’t be tokenized, but the question is whether the asset has intrinsic value and demand.