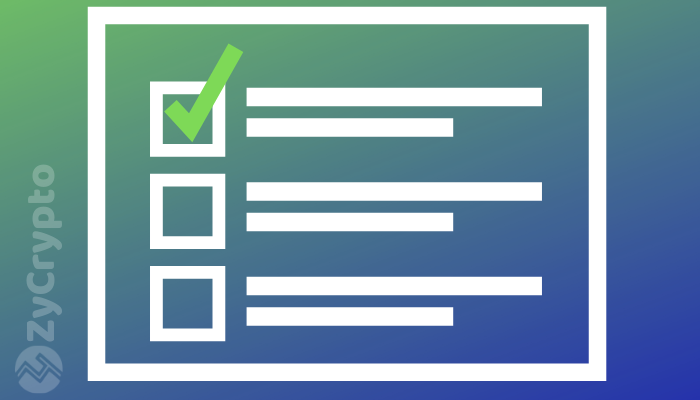 It’s not every day that you get people to say what they think about a global issue, but that’s exactly what Bloomberg did. One of Bloomberg’s hosts organized a live poll whereby the participants were to answer a few very important questions about what they thought of cryptocurrencies and the future of the budding industry.
In fact, the participants only needed to answer 3 questions. The answers to those 3 questions speak volumes about what the majority of the people really think about the industry.
What’s The Future Of Cryptos?
To kick off the exercise, the host required participants to whip out their phones and join the live poll. Next, the host dropped the first question. For this first one, people were asked what they thought would be happening in the crypto space within the next 2-5 years. Basically, this question was aimed at testing the people’s optimism about cryptos, and the results were pretty catchy.
Apparently, 55% of the people were positive that cryptos are headed for a steady rise while 28% thought the digital assets could take a downward direction. Interestingly, 8% thought cryptos are headed for the stars while 9% expected cryptos to disappear within the next 5 years.
How Long Will They Be Around?
Next up, the host asked the participants to estimate a time period that they thought cryptocurrencies would be a thing on this planet. The results from that second question practically answered every other question in anyone’s mind about cryptos.
A cool 81% of the people are in favor of cryptos staying with us beyond 5 years, while a measly 17% think that digital assets might be gone within the next 5 years. Only one person voted that cryptos could be gone within a year. Now, that’s almost sounds funny, given the various developments going on in the crypto world.
Are Governments Scared Of Digital Currency?
The third and last question was rather two-pointed. It sought to find out if cryptos are really a threat to fiat’s sovereignty and if they could threaten governments. The results for this one were rather competitive, with 48% voting YES against the 52% that voted NO.
All in all, the poll’s objective was clearly met, and from the look of it, cryptos seem to have garnered quite some support over the last few years. As such, the most rational prospect would be a near-future financial revolution spear-headed by mass adoption of digital assets.