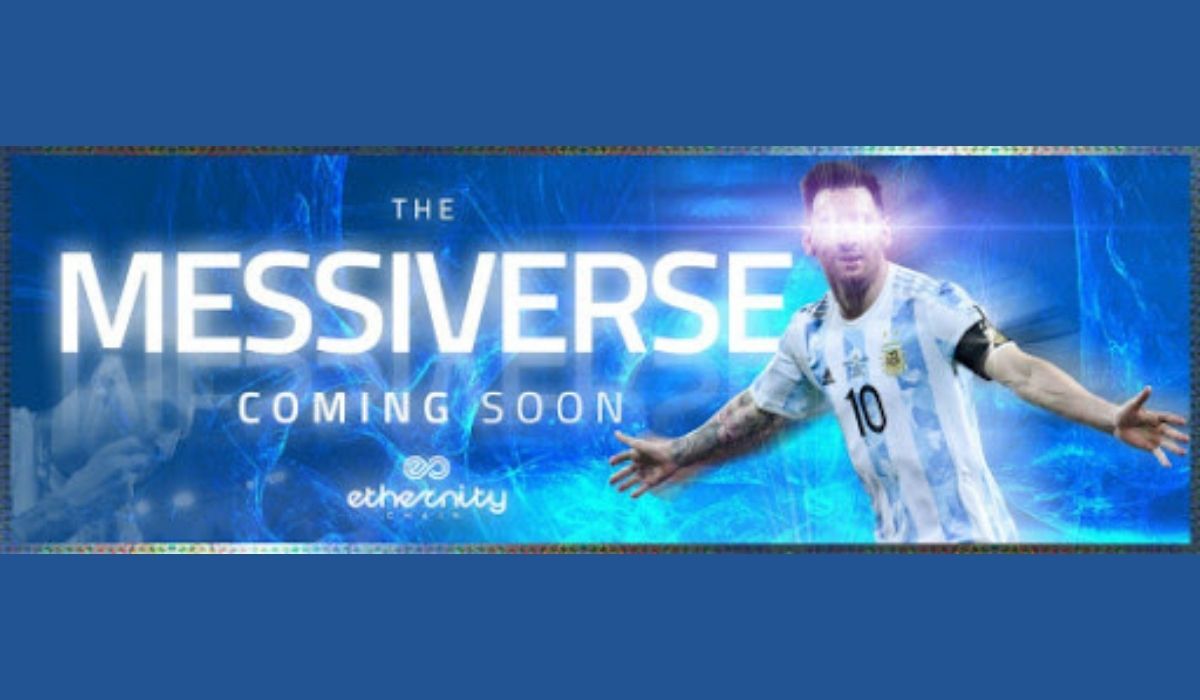 Ethernity Chain has announced the first licensed and authenticated NFT collections from iconic footballer Lionel Messi. Dubbed “The Messiverse”, the NFT collection will be available exclusively on ethernity.io from August 20, at 5:00 PM EDT.

The Messiverse collection includes four pieces: “Man From the Future”, “Worth the Weight”, and ‘The King Piece” by Bosslogic. Also available is an Untitled by Impossible Brief. The collection has been made available through the partnership between the Ethernity blockchain platform and the ISL football agency.

Notably, the legendary Messi has laid hands on every individual accolade a footballer would desire. These include a record 6 Ballon d’Or awards, 750 career goals, and the highest goals ever seen for a single club. The soccer star also shines with the Argentine record, 34 career trophies from La Liga & UEFA Champions League Titles to the recent Copa America crown. Messi won the Golden Ball and made the World Cup Finals.

With upcoming blockchain technology, the epic scorer is now immortalizing himself through NFTs. Fans all over the world can now acquire collectibles from Ethernity to cement the memory of their favorite player in an immutable digital form.

The Messiverse collection portrays the soccer star in futuristic Al-driven bionic form and as an Atlas-like character with the world of soccer on his shoulders. The third illustrates him as the “King” of creative soccer stardom, while the content of the last piece will be revealed on the day of the launch.

Bosslogic, the Australian artist developing most of the Messiverse NFTs, is a renowned figure in the entertainment industry. In the past, he has worked with Marvel End Game, Disney, and even Ethernity during its first pre-launch NFT series. Part of his statement reads:

“[…] Now thanks to Ethernity the dream of working with one of my favorite people in the world and one of the G.O.A.T.s of our time, Messi, I have had the honor and privilege to create a set of pieces for the icon; to go down in history as his first singular NFT drop!”

Ethernity Chain, on the other hand, is a revolutionary NFT project in which auctions verified NFTs featuring celebrated artists and starts from various industries. These include music, film, sports, gaming, tech, entertainment, and history. A portion of funds raised from the sale of these artworks is donated to charitable causes. Ethernity Chain takes price in leveraging on DeFi to create unique NFTs forged through collaborations between universally celebrated artists and figures.