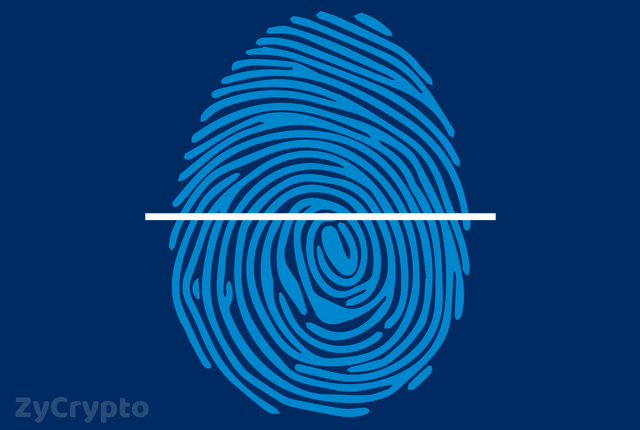 A Japanese giant tech firm, Hitachi to introduce blockchain based payment on their platform. The blockchain based payment method can validate transactions through the use of fingerprint. The innovation is still in formation as detailed by the firm, but will be a significant transformation to the phase of blockchain and cryptocurrency.
The Blockchain-based Payment with Fingerprint Option
Hitachi is a Japanese giant tech firm, versed in the different field of technology.  The blockchain payment is another version of the cashless policy, that requires not a debit or credit card, but requires the fingerprint.
It is an exciting innovation in the offing for the tech world, as possibly in the nearest future, the world might not need a debit or credit card again, but uses the fingerprint, through the blockchain tech.
The detail of the innovation is contained in a press release by the company on Wednesday. According to the statement, the change is in the embryo stage under a team of experts. The company, Hitachi, will work in partnership with a Japanese telecommunications KDDI, to add a Hyperledger Fabric blockchain to its biometric ID authentication hardware. Even though it is still a work in progress, an early trial has been tested in a doughnut shop in Tokyo.
The press release details how the fingerprint payment method will work out. The payment method requires the users to register their biometric information and transfer coupon credit to an e-wallet attached to their biometric details. The data recorded is stored on a blockchain as an encrypted data that cannot be breached.
Once payment for the transaction is required, the users can pay with their fingerprints at any place where the coupon is acceptable as a valid means of payment. The fingerprint device checks their identity and transmits the details to the network for payment validation.
KDDI and Hitachi are willing to work together in improving the tech world and bringing innovation to the world. The partnership was expressed in the release that,

“[We] will continue to support the creation of added value by enterprises by establishing and examining new business models to realise new services in various fields.”

Hitachi’s adventure into the blockchain world has spanned through being a partner in creating Hyperledger, an umbrella project of open-source blockchains in 2015 and being listed by Nasdaq on its reality blockchain index.
The innovation that is still in the making is a new tech that will transform the mode of conducting a transaction shortly, as more firms might adopt the tech.