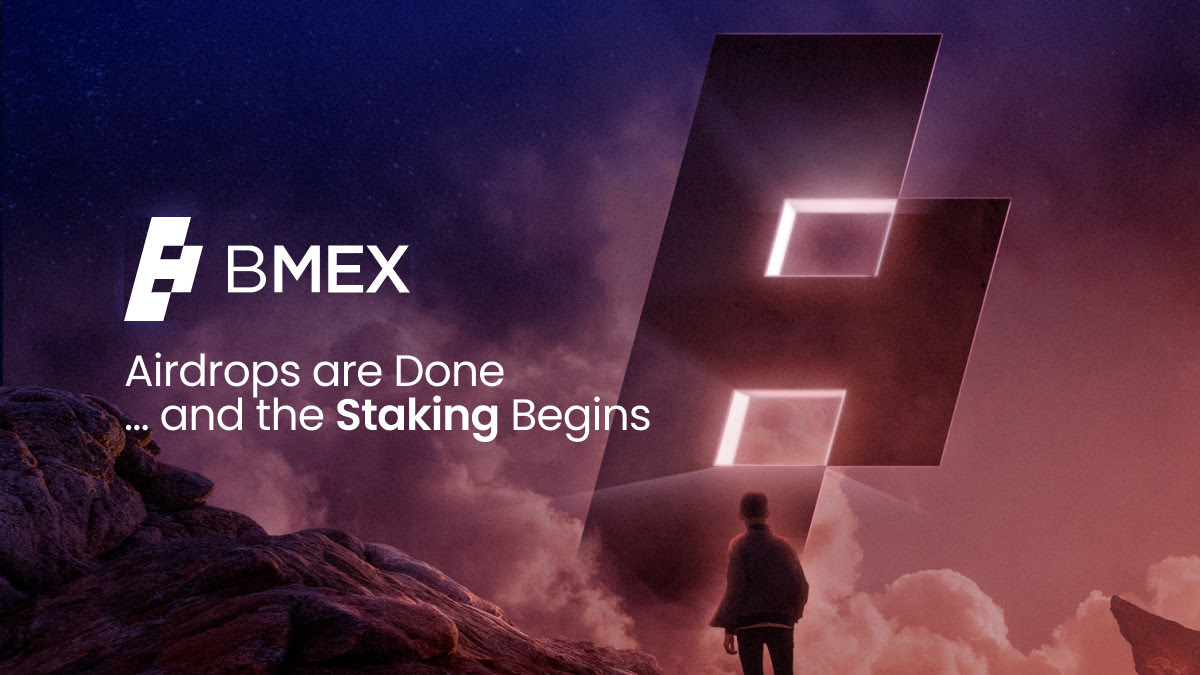 BitMEX, a P2P crypto-product trading platform, airdropped over 1.5 million of its BMEX Tokens to thousands of new and exciting users.

According to the platform, all eligible users will see their BMEX balance by visiting their BitMEX wallet page. The airdrop comes a day after BitMEX launched its BMEX Token Litepaper, which outlines the token’s visions, utility, and future developments.

Notably, the trading platform has also opened the BMEX staking features, allowing BMEX holders to stake their tokens from February 1 at 10:00 UTC. However, trading of the BMEX token is scheduled to commence in early Q2 once the BitMEX spot exchange is launched. Currently, the platform does not offer the option to unstake BMEX. However, this option will be available following the launch of BitMEX Spot.

“Although this is a huge milestone for BitMEX users, it’s important to consider that we’re just at the beginning of our journey. Crypto is at the core of a massive shift from analog to digital, and we’re positioning BitMEX to be a cornerstone of this new paradigm. BMEX is the token for true believers in this new era and will be the fuel we use to expand the BitMEX ecosystem.”

BMEX is an ERC-20 token with a maximum supply of 450 million tokens. According to the team, many of these tokens will reward new and existing users. By design, these tokens are locked in a five-year vesting contract. The BMEX tokens’ launch comprises two phases: the trader earns BMEX and trades BMEX on BitMEX Spot. Note during the first phase, users will not be able to withdraw and trade their BMEX tokens.

By holding the BMEX token, users get up to 15% trading fee discounts. Holders also enjoy exclusive privileges and experiences such as BitMEX swag, early product access, and VIP tickets to sports events. However, the VIP services will only be offered to holders who have over 500,000 BMEX.

In addition, BitMEX plans to add other benefits for holders in the coming days, including exclusive product access and preferential terms for upcoming services, an increased rate of return on BitMEX EARN deposits, and fee discounts BitMEX Spot after launch. Holders should also expect free access to BitMEX Academy, especially the courses and private community channels.