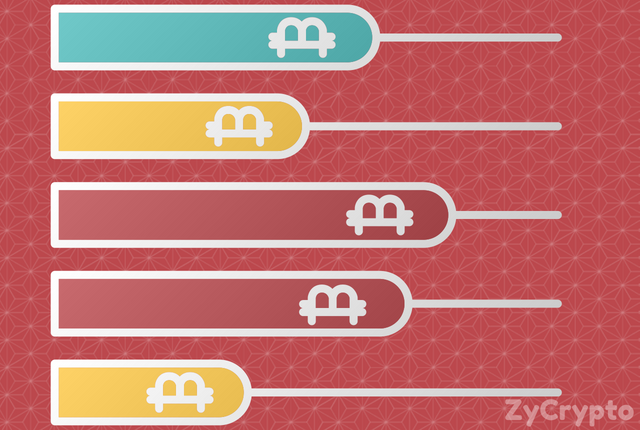 Bitcoin has taken one of the worst falls in its price history, climbing down the price curve from near $20,000 to the $6000 zone. It is interesting to note that experts and investors expect the cryptocurrency to crash anytime soon considering the height of the fall, forcing those with little faith in the industry to take out their investment.
Regardless of this numerous criticisms, bitcoin still seems likely to bounce back considering the previous recessions it went through. This article presents a brief lecture of previous recessions the digital asset has been through and survived.

After a gradual positive rise on the price curve, Bitcoin reached an all-time high of $31 on 11 July 2011. The celebration by the early adopters did not last, as Bitcoin took a deep drop and rested at $2 in December 2011. According to statistics, Bitcoin took a year to rise to a comfortable interval of $13 in December 2012.
Afterwards, it recorded 5-10% rise daily till it reached $266 on 11 April 2013. At this point, a lot of investors had entered the market, expecting to see a continued growth in price. However, the market recorded a recession taking Bitcoin down to $130 in May 2013.
The cryptocurrency became a very dangerous investment in June 2013 after taking a further drop to $100. At this point, a number of newbies found this as an opportunity to enter the market, while a handful of investors backed out to prevent a further lose.
Typical of a crypto market, Bitcoin rose steadily to trade between $150 and $200 on October 2013. Right from there, the price took a very high jump and landed on $1242 on 29th November 2013. From that price level, it climbed down to as low as $600 and rounded up the year with a price between $600 and $800.
The Bitcoin market recorded another recession on its journey to 2015, trading between $200 and $300 in March 2015. In an attempt to recover, it made a little improvement and traded between $400 and $500 on November 2015.
On January 2017, Bitcoin traded at $1150 before taking another fall on that same month to $750. On the early March 2017, the price rose to 1290 before hitting $2000 on May 2017. The price jumped to $5000 in early September but fell to $2900 on 12 September 2017.
From this point, there was a boom in the cryptocurrency market sending Bitcoin to close to $20,000. From there, the market started experiencing another pull back. The above trend shows the behavior of the cryptocurrency market, and sends a strong signal of a huge comeback.