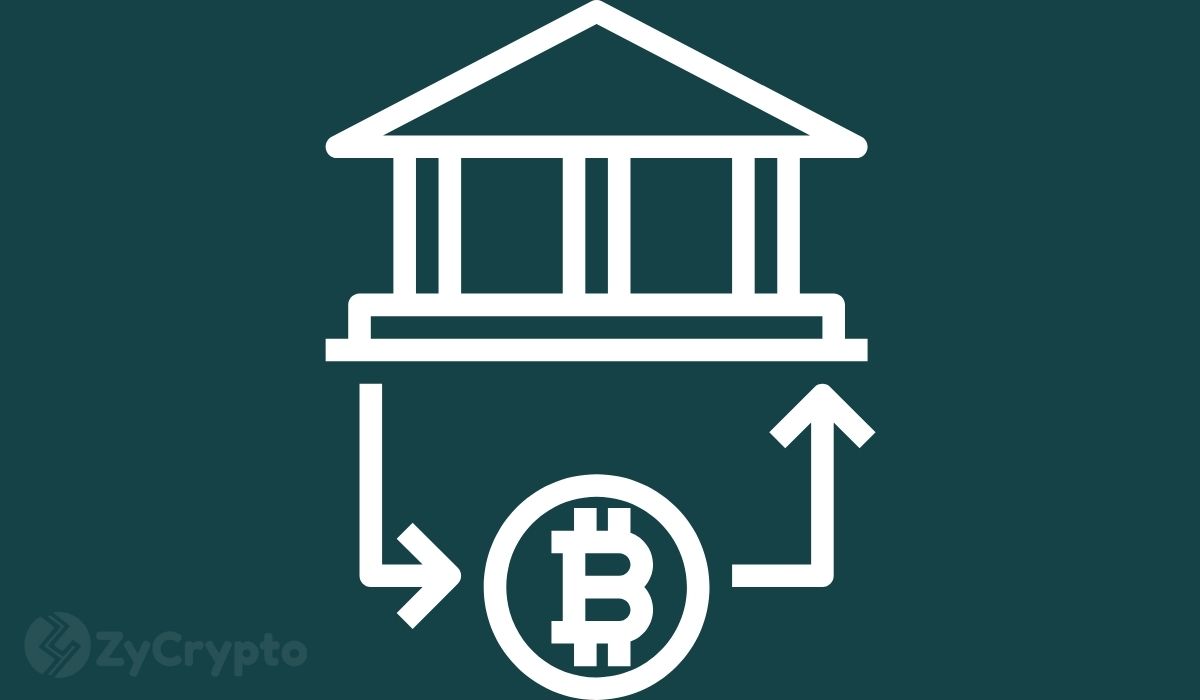 Bitcoin has recouped the losses from recent sell-off after news that the world’s oldest cryptocurrency is soon coming to hundreds of United States banks. Data from CoinMarketCap shows that bitcoin is hovering at $57,091.36 at press time, with 5.47% daily gains.

Bitcoin holders received a treat from the pioneer cryptocurrency, which had spent the better part of the week watching from the sidelines as altcoins enjoyed monstrous rallies.

Bitcoin Is Coming To US Banks

According to a report by CNBC, Stone Ridge’s crypto custody subsidiary NYDIG (New Digital Investment Group) has teamed up with Florida-based bank software provider Fidelity National Information Services (FIS) to provide the required infrastructure for U.S. banks to let their clients buy, sell, and hold bitcoin. This industry-first cryptocurrency offering is expected to go live in the next few months.

Bank solutions head at NYDIG, Patrick Sell, told CNBC that hundreds of banks have already signed up for the program. “What we’re doing is making it simple for everyday Americans and corporations to be able to buy bitcoin through their existing bank relationships,” he added.

The ability to buy bitcoin directly from personal bank accounts serves as a tipping point for the mainstream adoption of crypto. Instead of signing up with cryptocurrency exchanges, investors can trade directly from their existing accounts.

While platforms like Robinhood, PayPal, Coinbase and Square are currently the go-to for crypto users who want to purchase bitcoin, banks want to attract some crypto enthusiasts so as to cash in on the mania, according to the president of NYDIG, Yan Zhao.

“This is not just the banks thinking that their clients want bitcoin, they’re saying ‘We need to do this, because we see the data’. They’re seeing deposits going to the Coinbases and Galaxies and Krakens of the world.”

Notably, smaller banks form the majority of financial institutions that have agreed to participate in this program. However, FIS’s head of digital banking, Rob Lee, notes that behemoths like JPMorgan Chase & Co. and Bank of America will be inclined to come on board after the smaller banks start to make a killing from their cryptocurrency support.

After launching this bitcoin service, NYDIG’s future plans include the launch of debit card rewards paid in bitcoin and also a new type of FDIC-insured bank account that will pay interest in bitcoin.