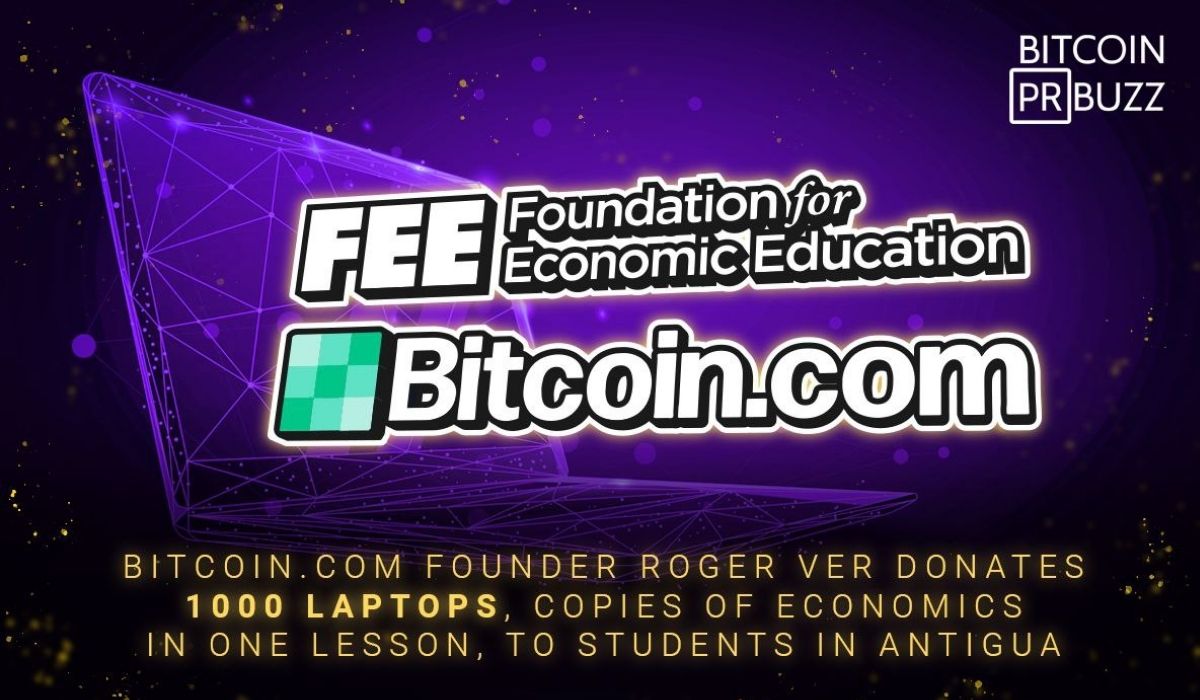 The computers were purchased with Bitcoin Cash through BitoPro, Taiwan’s largest cryptocurrency service provider, and each student who reads the Foundation for Economic Education’s copy of Economics in One Lesson (paid for in Bitcoin Cash) will earn $100 USD in Bitcoin Cash that they can hold as an investment, put towards future educational opportunities, or spend at vendors all across Antigua.

“Bitcoin Cash adoption is growing faster in Antigua than maybe anywhere else in the world right now.” said Roger Ver. He continued:

“And the students who read the book and earn their Bitcoin Cash will be able to go anywhere in the country and find a place to use it. They won’t need to go through the difficult process of setting up a bank account or getting a debit card, they can just download the Bitcoin.com wallet for free and start using their BCH.”

“Economics in One Lesson is the best introduction to economic thinking a student can read” and that “FEE is excited to work with Roger Ver again to help bring free-market thought to students around the world.”

The donation will be completed by the end of March when students will begin receiving their laptops and books from the Ministry of Education of Central and South America.

“Paying by cryptocurrency has become a reality.” said Titan, the founder of BitoPro. He continued:

“For instance, Visa allows payment settlements using cryptocurrency, and PayPal also allows customers to pay with cryptocurrency. As the leading crypto exchange in Taiwan, BitoPro will keep working on how to integrate the payment of cryptocurrency.”

The Foundation for Economic Education (FEE) recently announced two gifts totalling $2,000,000 from Bitcoin.com Founder Roger Ver, following a previous donation of $1,000,000 in 2013. The recent gift supported FEE’s 75th anniversary celebrations. Founded in 1946, FEE is the oldest libertarian think tank in the U.S and reaches an audience of hundreds of millions online and nearly 20,000 students through classroom programs in colleges and high schools in both the United States and Latin America.

To learn about how you can start using Bitcoin Cash today, visit bitcoin.com and download the wallet.