Volatility has been rocking the cryptocurrency market for the last week. In the last 7 days, Bitcoin has climbed as high as $11K followed by drops to lows of $9,600. In all this time, the primary target for bulls has been finding support above $10K.

This has been hard with bears pulling back every time the bulls have pushed prices up. Moreover, there has been a change in investment priority. Bitcoin is slowly losing grip in dominance to altcoins. As a result, Bitcoin has little support during downward movement. Altcoins, on the other hand, are enjoying relatively better support compared to Bitcoin. 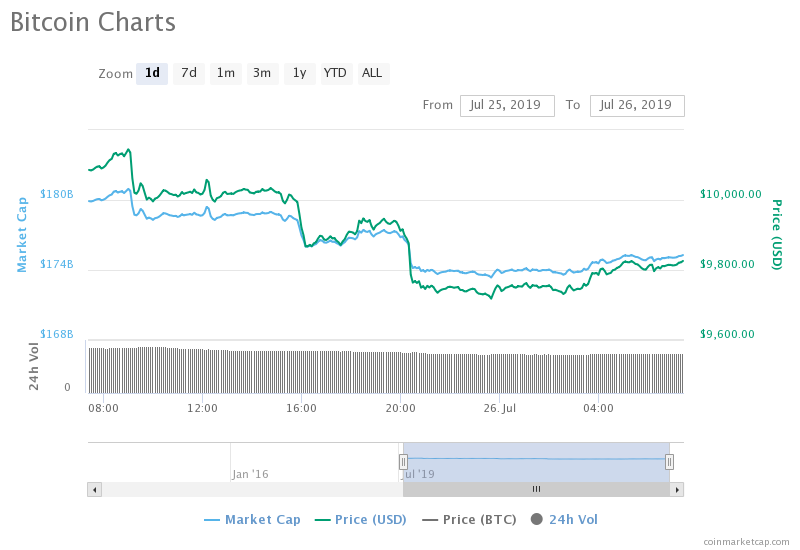 Going into the weekend, bitcoin is trading below the $10K mark. At the time of press, Bitcoin is exchanging for $9,800. This is a 3% drop in the last 24 hours and a blow for enthusiasts following a successful cross over above 10K yesterday. Dominance has also dropped to 64.4% at the time of writing this.

Almost all altcoins are also in the red zone, recording drops ranging from 1% to 5%. A majority are however holding up well above key supports. Ethereum, for example, is above $215, a secure place away from its key support of $200.

XRP, on the other hand, is trading above $0.31. At this position, XRP is considered largely bullish. During the next rally, it is likely we see these altcoins rally higher than Bitcoin.

What To Expect From Bitcoin? Novogratz Prediction

Although the market is struggling, analysts continue to predict upward movement in the near future. The latest to make a bullish case for Bitcoin has been Michael Novogratz.

In a recent interview, Novogratz who is the CEO of Galaxy Digital says he expects holders to continue consolidating in the range of $10,000 to $14,000. Later, before the end of the year, prices will push out of this range and hit all-time highs of $20K.

If this prediction is right, during this consolidation period, we could see some altcoins break out as investors jump out of Bitcoin and into altcoins. In such times, Bitcoin prices will be retracing back but it will remain vital they stay above key supports.