Although the past couple of days have seen the market turn bullish with Bitcoin breaking the $4,000 position, the coin has been unable to stay above it. Bitcoin has remained within the $3,950 price range, occasionally re-testing the $4,000 mark but failing to sustain it. Due to this, prices have been unable to hit the $4,200 mark which is the bulls next target. 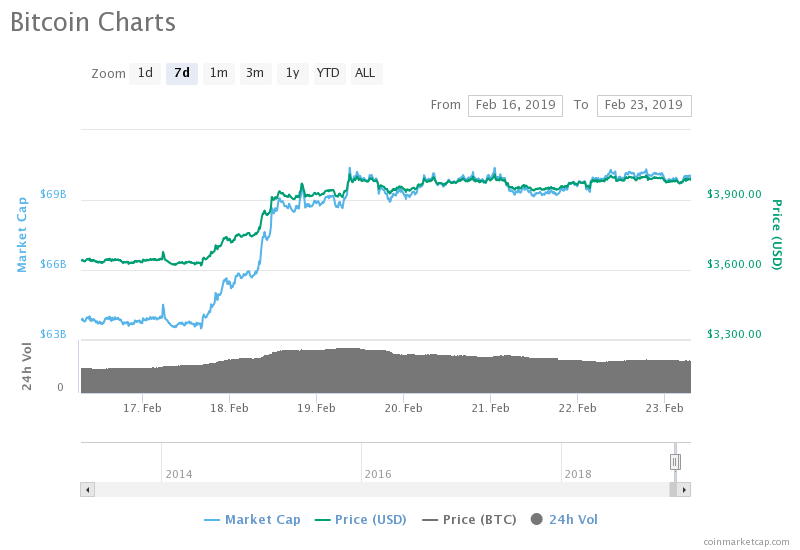 Failure to hit this target could see a price pullback that sees prices fall back to the $3,700 price range. Such a situation will be a reciprocation of what happened early in the month when Bitcoin climbed from $3300 to $3,700 but pulled back to settle around $3,500.

Fortunately for the market, the last couple of days have made convincing and positive developments. From accreditation of the technology by one of the largest banks in the world (JP Morgan) to positive remarks of its capability from two of the most renowned fintech entrepreneurs (Jack Dorsey and Elon Musk).

Additionally, pundits have expressed their belief with the recent rally given that it seems to have seen a majority of cryptocurrencies record gains in the last couple of days.

A few Traders are currently calling that Bitcoin will pullback to around $3,700 but say this is a good thing. According to them, this position would ensure stability for the coin and give ground for short term rallies. Furthermore, this will be a great support position which allows for the coin to move above $4,200 in the short-term and experience rapid gains henceforth.

At the time of press, Bitcoin is recording one of its best weeks in 2019 after climbing from a little over $3,600 to hit a little under $4,000 in around three days. Should the market extend its gains into the coming week, Bitcoin could reach a position over the desired $4,200 position. However, analysts such as Craig Erlam, senior market analyst at Oanda, Bitcoin is likely to stay within the $3,200 to $4,200 range for the next couple of weeks.

John McAfee who has been silent about cryptocurrencies in recent weeks has turned up and given a very bold prediction. The crypto enthusiast has predicted that BTC will hit $1 million by the end of 2020. His prediction comes after Jesse Lund, vice-president of blockchain and digital currencies at IBM predicted that BTC will hit $1 million someday.