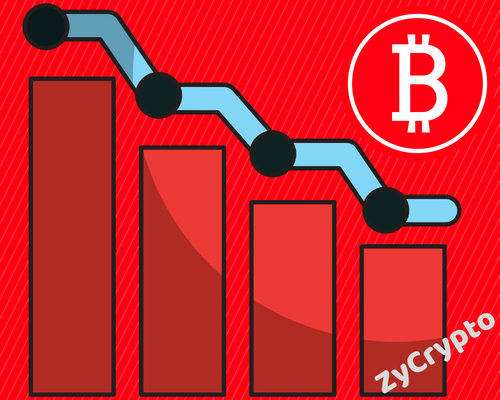 There is little cause for worry in the current slump bitcoin has faced over the past few months.
According to Binance CEO, Zhao Chengpeng, there have been similar occurrences in the past, and the volatile nature of the token market is not about to change anytime soon.
Bitcoin has traded between $7100-7900 within the past couple of weeks, and this has been a source of concern for short-term investors who hope to profit from short stints.
To calm fears around what many would consider a sign that the world’s first cryptocurrency is dying soon, Zhao Chengpeng presented a graph alongside a tweet that drew a lot of attention from the crypto community.

Many people seems to think BTC price was flat before this year, as they appear to be on the graph. To the old timers, it’s the same pattern every year. Just the units on the left is different. pic.twitter.com/mwu8U3jn0J

He reckoned that to the old-timers, ‘it’s the same pattern every year,’ a trend that is also observed in all financial markets.
Those thinking that the ‘BTC price was flat before this year’ are mistaken, he alleged.
Zhao heads the biggest cryptocurrency exchange in the world and definitely has some insights on how the crypto ecosystem works.

What Does The Future Hold For Bitcoin?

It is pertinent to note that the biggest gainers in the bitcoin market so far has been long-term investors.
The surge in late 2017 that took the value of one bitcoin to almost $20,000 seems to suggest that a peak period would always follow a period of slump.
While no one can claim to have all the details about when the next bitcoin boom would be, experts suggest that there could be an increase up to $15,000 before the end of the year or even a new all-time peak.
Bitcoin has continued to surprise many investors over its nine-year existence and historical data points to the fact that things would be fine in the long run for both short and long-term investors.

For newcomers, there is really very little to worry about as Chengpeng has reminded everyone.
There is no need to write off bitcoin based on its short-term momentum, and the next crypto boom could just be moments away.