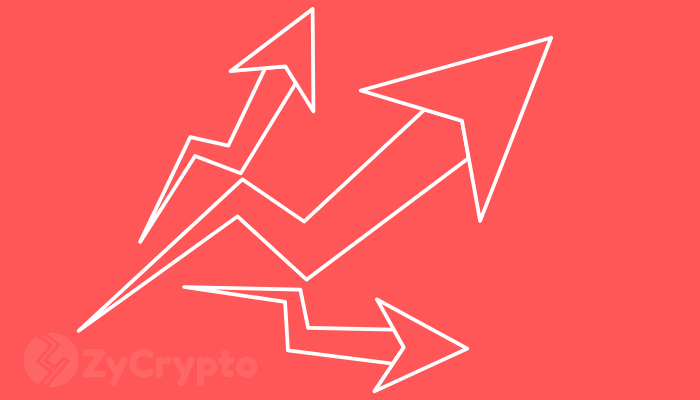 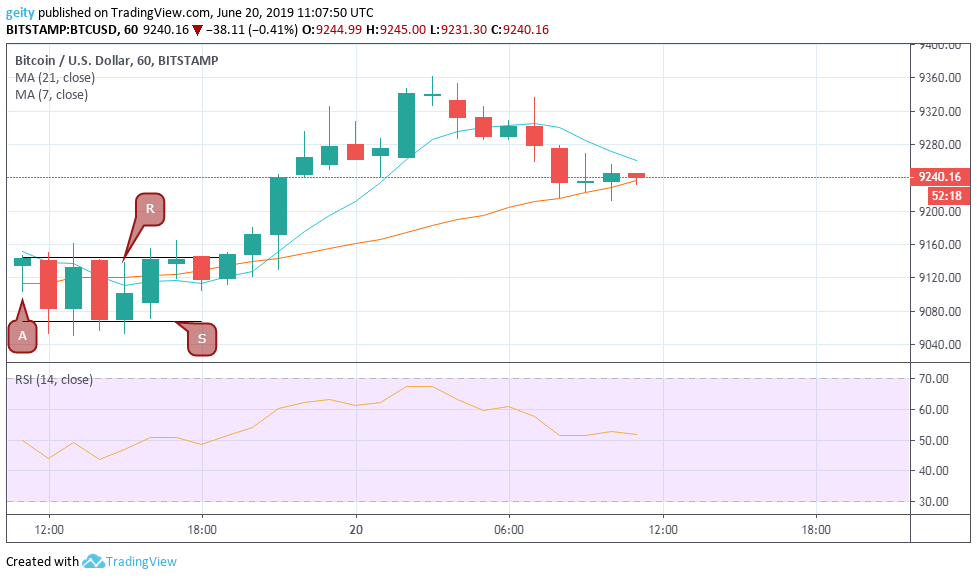 This was followed by a short-term period of consolidation, which consolidated around $9150.54 and $9051.48. Even though the market began with lack of market momentum, the bulls still managed to up their move and take control of the market.

A massive bullish momentum is later seen that push the price performance up to close to a high of $9362.00. This was signaled by the moving averages whereby the 7-day MA crossed over the 21-day MA at around 20:00.

The RSI is seen almost crossing level 70, thus indicating overbought market.  The price momentum, later on, dipped due to lack of confidence from investors thus placed BTC at $9240.16.

At the moment the RSI is seen trading flat this shows lack of dominance from either buyers or sellers. High chances of a sideways momentum are likely to be encountered in the next few hours between $9380 and $9500. 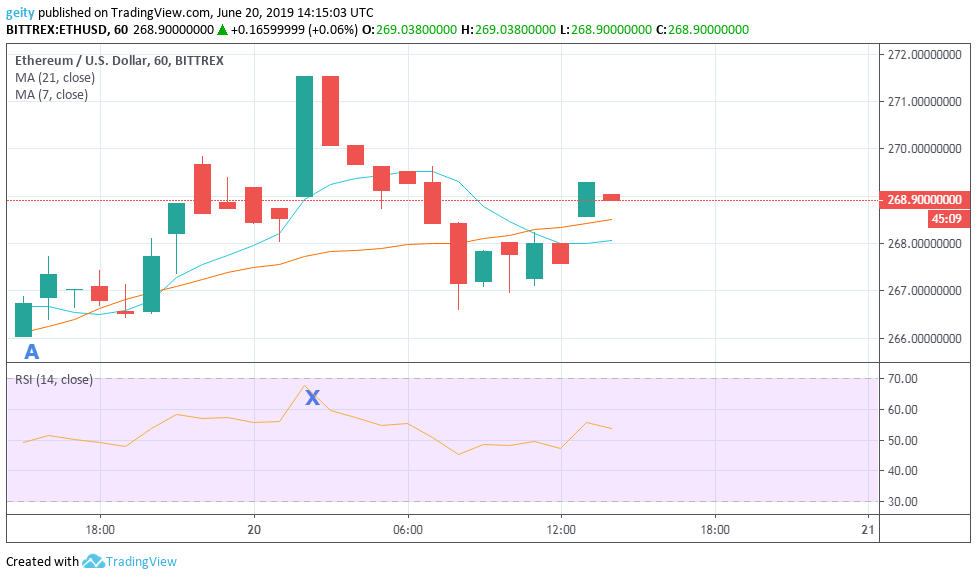 Unlike BTC, ETH has experienced a bullish outlook in the last 24hrs. On an hourly chart, ETH started trading at $266.720 (A). The price, later on, rallied up to close at $271.526. The RSI X is seen almost above level 70 indicating an overbought market.

At around 20 June as at 03:00, a bearish engulfing pattern emerged that reverse the trend to a downtrend. This, therefore, dipped the price whereby it rallied to close at $270.048.

The coin is likely to continue a bearish trend; this is because the 21 day MA is above the 7-day MA that indicates a bearish signal. New target should be set at 265.45. 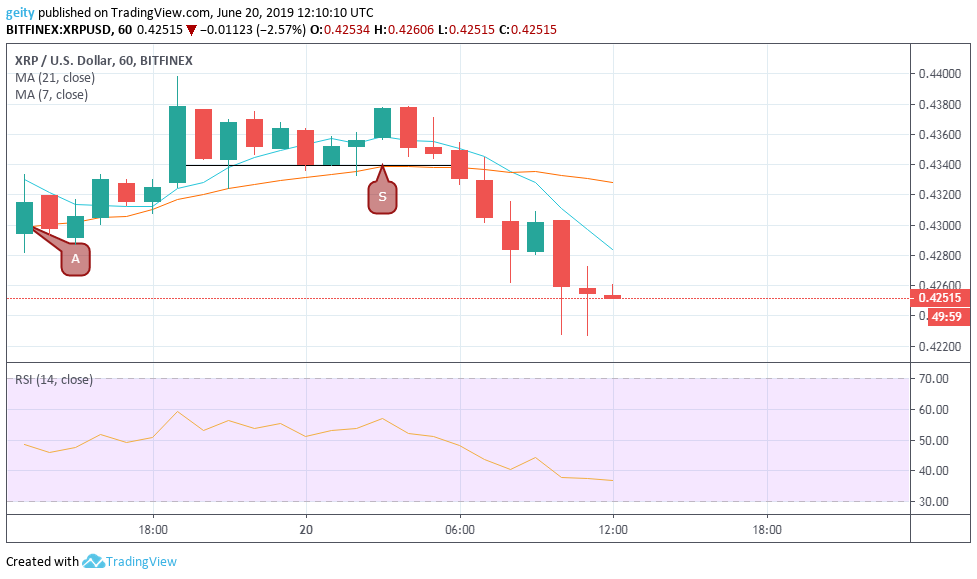 XRP/USD pair has also experienced a bearish outlook in the last 24hrs. XRP started trading at $0.4315 (A) and is currently trading at $0.42515; XRP has, hence, dipped by 1.5%. This shows that sellers dominate the market momentum.

It began the day trading with a bullish outlook whereby the price momentum rose up to a high of $0.43983 before embarking on a steady flow at $0.43983 level (S).

At around 20 June 10:00 selling pressure is encountered whereby sellers took control of the market momentum and dipped the price to a low of $0.42268.

New target should be set at $0.42528; a bearish momentum is most likely to be seen since the 21 day MA is still above the 7-day MA thus indicating a bearish signal.