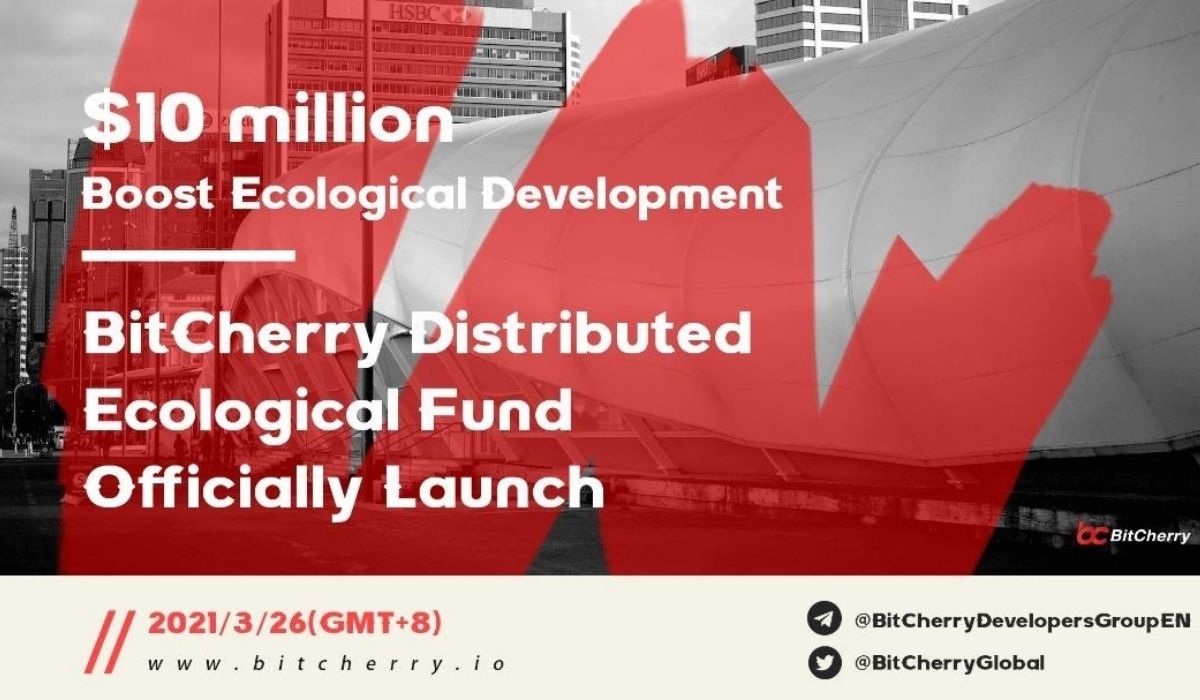 BitCherry, a commercial scalable blockchain infrastructure based on IPv8 technology, has invested $10 million in its ‘BitCherry Distributed Ecological Fund’. Notably, BitCherry protocol has built a scalable infrastructure that meets commercial applications. Besides, the protocol provides a high performance, secure, available underlying public chain support for distributed commerce on the chain.

The $10 million ecological funds launched by BitCherry are expected to be used to develop further infrastructure that helps the blockchain technology grow and get easily adopted by institutional investors.

Thanks to the continued research by BitCherry developers, some of the blockchain hindrances have been identified. Consequently, developers can put more focus on fine-tuning the blockchain technology to ensure adoption gets to the global scale. “Issues such as low performance, expensive resources, restricted applications on the chain, and limited development space have restricted the integration and development of the blockchain industry and physical commerce,” BitCherry noted in a statement through the press release.

Traditional blockchains including Bitcoin and Ethereum that have been adopted massively by the global community are experiencing some level of bottleneck, particularly in scalability. The BitCherry developers who have years of experience especially in the internet industry have been working closely with other public blockchains to offer long-lasting solutions.

Notably, BitCherry developers built the P2Plus protocol with the thought of scaling it further in the future. The protocol’s work is put in a lower IP layer and the data link layer. The primary purpose of the protocol is to significantly improve data security and also on the scalability issue.

Through the $10 million BitCherry ecological funds, public blockchain projects can further expect to benefit in various ways including technical support among other resources.