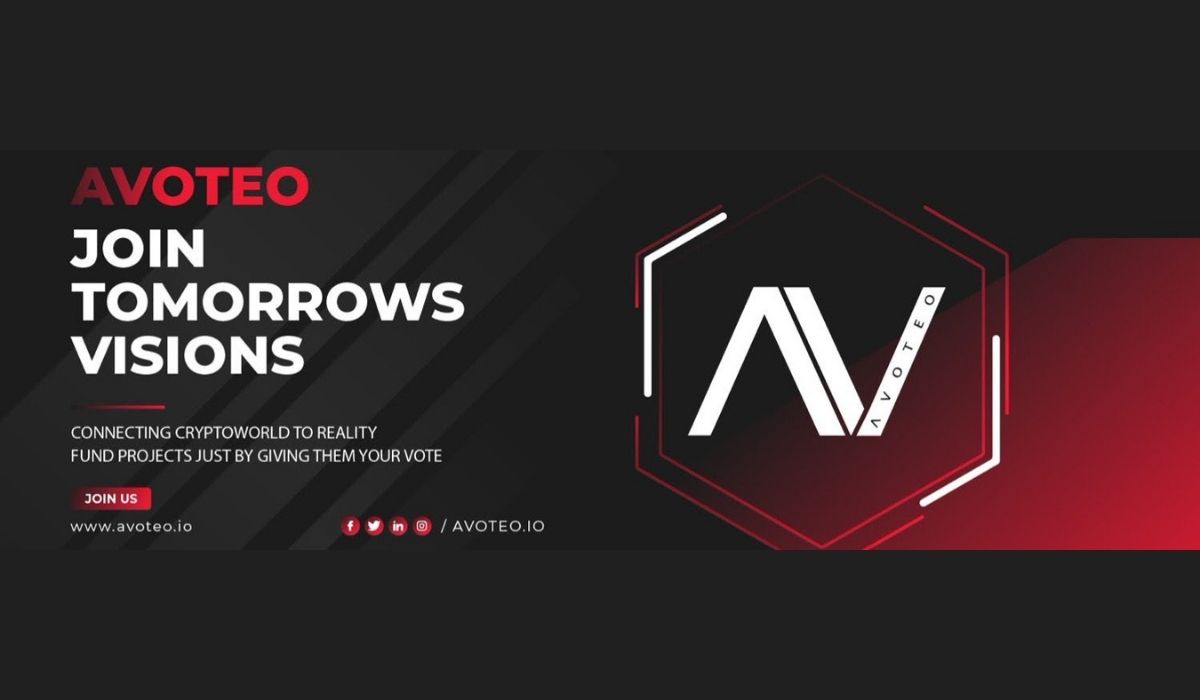 Avoteo, a crypto-based crowdfunding platform has announced the successful completion of its private funding round that raised over $300,000.

As per the announcement, the completion of the private funding round has paved the way for the first phase of Avoteo presale and its lucrative referral program. Avoteo is also reportedly planning to begin its first presale for its native token AVO on January 3, 2022. During this event, each token will be sold for a price of $0.02. Notably, Avoteo is giving out up to 10% bonus tokens to reward holders for their participation, depending on the number of tokens purchased.

Avoteo is also offering users more lucrative opportunities through its referral program. For every purchase made through the referral link, the referrer will receive 15% bonus tokens, while the referral recipients will receive 10% bonus tokens. Note, any referrer who receives a total of 10,000 AVO bonus tokens will be allowed to sell the tokens directly for $0.01 per token to receive a stable coin instead of AVO tokens. These stable coins will have the same vesting power as those sold during the private sale round. In addition, Avoteo is holding a referral contest, offering 50,000 USDT in prize money to winners. The contest is scheduled to run throughout the ICO phases.

As a crowdfunding platform, Avoteo has a talent pool. Avoteo’s vision is to create and provide a platform that connects the best elements of different areas, including the cryptocurrency space, social media, and finance. The platform hopes to connect future artists, entrepreneurs, or visionaries with customers before the idea becomes a reality. AVO token holders will have the power to vote on projects they want to be funded. They will also get the opportunity to share Avoteo funded companies.

The AVO token has a total of 1,000 000 000 tokens. 50% of these tokens have been allocated for the three ICO rounds. One hundred fifty million tokens will be used for the referral program, 50 million for the giveaway, and airdrop. At the same time, the remaining 300 million will be distributed to the team, advisors, and partners.