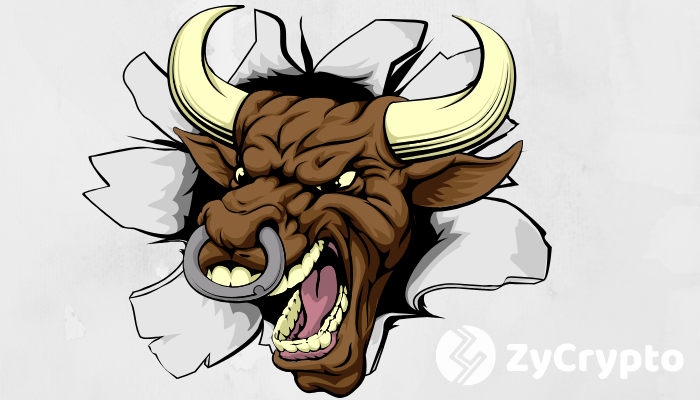 Anthony Pompliano, Pomp for short, a co-founder and partner at Morgan Creek Digital, also known for his price forecasts, especially on the most valuable cryptocurrency, bitcoin, took to Twitter recently to voice his opinion about the present state of the cryptocurrency market.

Pomp, while emphasizing on how remarkable the bitcoin market has seen a turn around in the past 6 months alerts the community, notifying everyone that the present bull market will be “incredible”.

In less than 6 months, Bitcoin sentiment went from capitulation to permabulls. This bull market is going to be incredible.

Pomp had recently, towards the end of May, said he’s more bullish on Bitcoin now than ever. Among many reasons, Pomp believes the upcoming bitcoin halving is a major propeller of the present bull market.

As seen in the past, before halving, bitcoin’s price skyrockets. This is because it’s about to get scarce than it ever was. This scarcity, analysts reveal drive the investors to buy at any price available just to have a part of it.

Also, Pomp noted that there are signs that institutional traders are entering the market.

Prior to these statements, Pomp believed the bitcoin market is heading towards a $5 Trillion market capitalization by 2024.

…But The Challenges Remain, Could This Be a Hindrance?

Irrespective of forecasts by various analysts, during the last bull market that drove the price of bitcoin to its all-time highest point, the Bitcoin network encountered major challenges.

Everyone on the network experienced slow transaction confirmation times. And with the increase in adoption, these challenges may just creep in again as they have not been properly addressed.

How Long Will Bitcoin Remain King?

As much as there’s been a lot of positive reviews about bitcoin, there’s also been a few pessimists who think bitcoin won’t stay in its present top spot for long.

Their thoughts were born out of the various challenges that battle the most valuable cryptocurrency presently. These are issues such as volatility, scalability, and others.