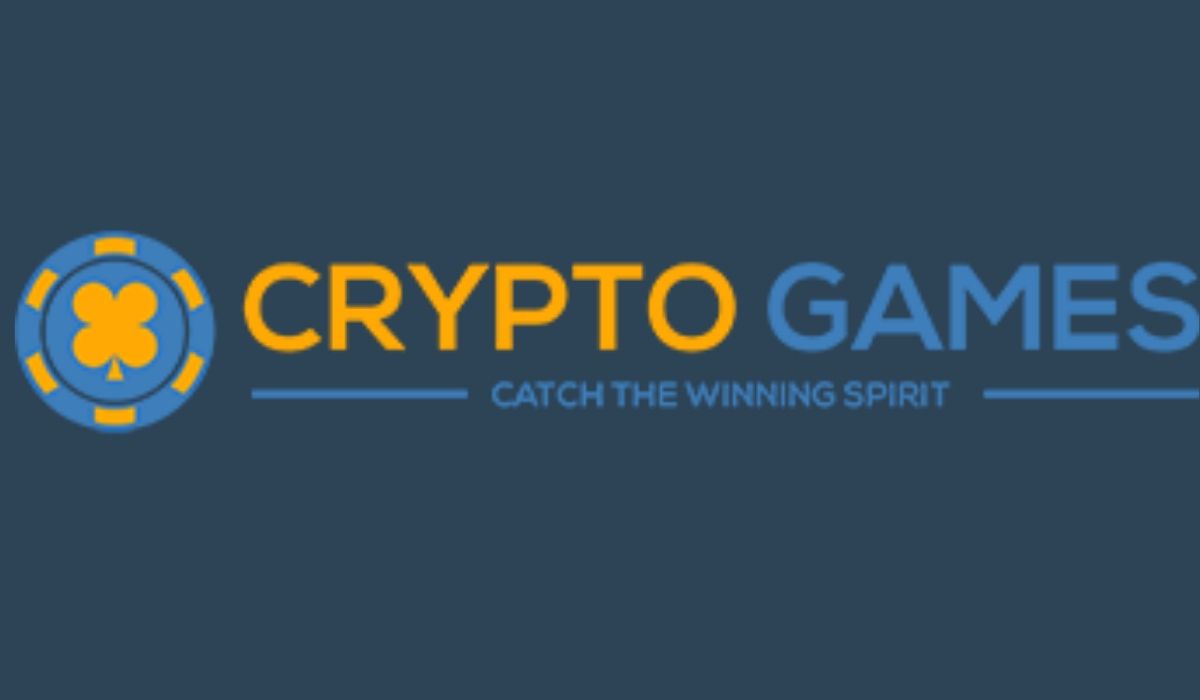 If you’re looking for a place to wager your cryptocurrencies and savor the taste of quality entertainment, then congratulations, you have come to the right place!  CryptoGames is a haven for the devoted gambler, a gambling site with qualities that make even the internet’s most elite online casinos seem obsolete. It is now at the pinnacle of its popularity with more and more gamblers joining the ranks of its booming community every day. With the gambling industry growing at an outstanding pace, there has risen a need for exemplary online casinos. The internet is now filled with fraudulent entities which aim to pass as decent gambling sites to the unsuspecting gambler. After gaining the trust of these unfortunate players, these conniving entities start showing their true colors – they only steal cryptocurrency without making any returns on the promises of quality entertainment that they made. The poor victims of these horrendous casinos are scarred for life and their trust on the gambling industry is tainted. It is up to the elite online gambling sites to provide a respite from these disgraceful sites and this is where CryptoGames comes in.  CryptoGames has all the attributes expected of the ideal gambling site and some that make it stand high above the rest. It is home to a wonderful community of users with a rich mindset of making friends and developing bonds, who are moderated by an extremely benevolent team of moderators. It has a library of exotic games that would grasp the attention of any fun loving gambler and it’s multitude of promotional events will fill lift up the mood of even the most distressed player.

Learn about their extraordinary journey into becoming one of the most popular gambling sites in the world!

We started off as a simple slot machine, which slowly grab the interests of many fun loving gamblers. We soon rose in popularity among devoted gamblers, who loved the immense thrill that only we could provide. With the continued support and admiration of our peers, we turned into the largest crowd funded casino ever!  After that the number of users skyrocketed as more and more gamblers recognized the intense potential that CryptoGames possessed and our community became bigger than ever. Moreover, gamblers found it extremely easy to join our fantastic community due to it being filled with players who were ingrained with the similar mindset of forming bonds and making friends all over the globe while gambling. CryptoGames has over 5 Billion registered bets and possesses the highest faucet among all gambling sites, starting at 50 Satoshi up to 6,150 Satoshi up every 3 minutes. The site also possesses the most lucrative paying referral program, for every bet made by a user’s referred player, 15 percent of the house edge of the bet is combined with the original balance. All of these add to the immense potential that CryptoGames possesses as it rapidly transcends all competition to eventually emerge as the best online casino in the world.

The games a gambling site possesses plays a huge factor in determining whether a gambler chooses to become a user of an online casino. CryptoGames recognizes this, which is why it has prepared a library of the most fun filled and profitable games available on the internet. This presents users with an opportunity to pick certain games and win big rewards while the user relishes playing the game at the same time. Furthermore, CryptoGames refuses to intimidate its users and bombard them with hundreds of games and impede their decision to make a rational choice, which is why only 8 games are provided on the site. The games offered are packed with different tutorials and guides, further illustrating CryptoGames utmost care of its users.  The games that CryptoGames offers are-

A favourite game of gambling veterans, Dice is still one of the most loved games available on the internet. It has an extremely vast range of potential outcomes (0.000-99.999). If a player manages to accurately predict if the outcome of the rolling of the dice produces a higher or lower value than a previously mentioned number, he wins the game.  Despite being a game with a few rules, the game produces dramatic competition between gamblers, who would stop at nothing to win.

A beloved game of ardent gamblers, Roulette is a favourite amongst the users here at CryptoGames. It is the French word for “little wheel”. CryptoGames version of Roulette is a “European”, which uses the same payout table like the American edition but possesses half the house edge due to the a single zero that is present on the 37-number wheel. This game draws huge prizes and is a battleground for devoted gamblers.

The captivating game of slot is played on four reels which spin back and forth before stopping completely. A payout is claimed if four chosen symbols line up in the middle of the slot. CryptoGames offers “single line” slots with a horizontal pay line. A maximum of 5 BTC can be won and claimed in this interesting game.

One of the most interesting and exhilarating games of the internet, Blackjack is a banking game that has players compete to gain a hand that has points nearer to 21 than the banker.  Simple but extremely intense, the game of Blackjack produces fierce competition between ambitious gamblers

An extremely old and beloved game, Lotto, which is short for “Lottery”, is a game where players buy tickets. The gambler with the right ticket wins the round and attains enormous rewards.  CryptoGames hosts two bitcoin draws per week, on Wednesdays and Saturdays. Three winners are announced, who are awarded with all of the cryptocurrency generated through ticket sales.

A delightful game that involves a ball bouncing down from the top of a pyramid, Plinko is a common favourite among fun loving gamblers. Here, a user has to choose an amount to bet and a payoff value is assigned after which the ball is allowed to bounce to the bottom of the pyramid

Video Poker is a very popular game that manages to draw huge winnings frequently. CryptoGames has three variants of the game known as Tens or Better, Jacks or Better, and Bonus Poker. The games can be easily toggled from the top left corner of the CryptoGames game board.

The game known as Minesweeper was intensely popular from the very start of the internet era. This prehistoric game has a playing field where players click on as numerous boxes and try to avoid collision with mines.

Depositing and Withdrawing coins has never been this easier

CryptoGames wants to make life extremely enjoyable for its users which is why it has made financial transaction extremely easy and convenient for its users. CryptoGames accepts transactions made with 10 different types of cryptocurrencies, easing issues of deposits and withdrawals for its fantastic user base.  Users can choose to make transactions with any of the following cryptocurrency – Bitcoin, Dogecoin, Ethereum, Litecoin, Dash, Gas, Monero, Stratis, Bitcoin Cash and Ethereum Classic.  Users are immediately granted access to games after depositing minimum required cryptocurrency, wasting little to no time in joining on the fun. The user can also decide to switch cryptocurrency to the preferred type with the assistance of a built in exchange system. The site also allows the withdrawal of user’s whole balance whenever the gamblers desire with no strings attached. CryptoGames also has integrated CoinSwitch on its platform enabling gamblers the deposition of reputed coins they own to one of the coins supported by the casino, without any issues whatsoever.

Join in on the numerous celebrations and promotional events!

CryptoGames loves a festive and joyful atmosphere, which is why it hosts a number of promotional events throughout the entire year. These events provide gamblers with countless chances to gain some free coins, voucher codes, lottery tickets and other lucrative rewards! CryptoGames has been hosting Christmas, Halloween, Thanksgiving and Anniversary events for its users, where the gamblers were gifted free coins on their emails and through their chatbox. Moreover, every Monday CryptoGames hosts a No Bet Speed Limit event which provide gamblers with even more opportunities to claim free coins and other fantastic rewards as a larger number of bets per second can be placed during the day.
There are also giant jackpots in games of Dice and Roulette. Each coins hold different amount of jackpots. A gambler can claim the entire pot with a well-placed bet. The Dice jackpot of Bitcoin currently stands at a staggering 3.7 BTC, waiting to be claimed by a clever gambler.

Enjoy competition? You will love the fierce Wagering Contests!

CryptoGames hosts monthly wagering contests where the skills of even the most devoted gamblers are put to the test. Gamblers all over the site compete to claim the ultimate prize at the top of the Leaderboard! The victors of these wagering contests are awarded with exclusive gifts and are given the status of champions on the monthly blog posts. The top position holders of the leaderboard are also awarded with VIP tags granting them access to the site wide privileges that many gamblers crave for. The tags will last till the start of the next tournament, giving the victors ample time to reap the benefits of their win.

The internet has its fair share of fraudulent entities which solely exist to steal valuable cryptocurrency from users without making returns on any of the promises they made about entertainment. It is up to the gambler to select a site that can provide the best service to him or her. CryptoGames has an impressive resume that allows it to stand toe to toe with the most elite gambling sites in the world. It has provably fair games, flexible deposit options and a festive environment that is crucial for the nourishment of a gamblers mental satisfaction. It brushes aside all competition with ease and is the ideal choice for the devoted gambler. So without further ado, join CryptoGames, become a part of a community of fantastic gamblers and embark on a gambling adventure that will fill you with enough satisfaction and contentment to last a lifetime.