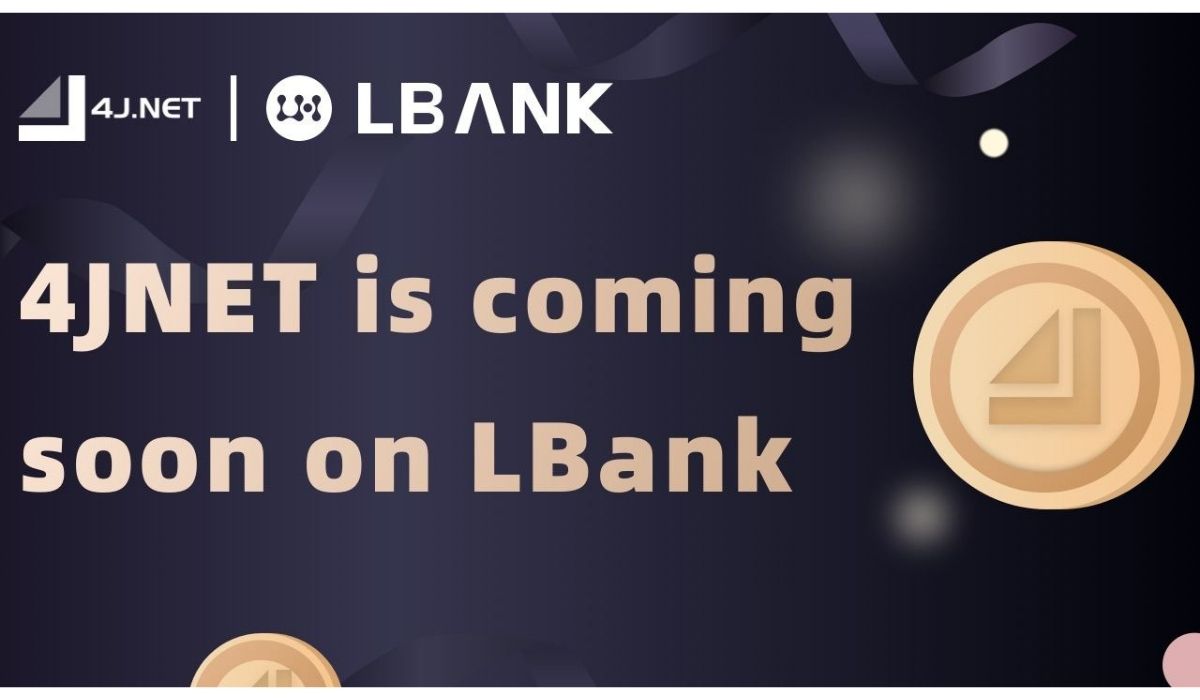 Following a huge demand for the 4Jnet (4JNET) token, developers have announced that listing on Lbank Exchange is scheduled to take place soon. The asset which is viewed as an upgrade of the Safemoon digital asset has gained popularity among retail investors seeking crypto volatility attracted by the risk and return ratio factor.

Having incorporated the non-fungible token industry, the 4JNET ecosystem anticipates involving more participants now and in the future. Moreover, the demand for its NFT artwork has almost tripled in value.

“To our best knowledge, the unit price for 4JNET’s limited-edition NFTs has increased from 1BNB to 3BNB. 4JNET issues a total of 5,000 limited-edition NFTs, and all NFT holders can share 30% of all tokens issued, unlock 2% of them each day, and enjoy a reduction of 3% service charge. Currently, 3,748 limited-edition NFTs of 4JNET have been sold, and only 1,252 ones are left, proving a huge fever for it,” the company noted in a press release.

Listing on the Lbank crypto exchange is a major milestone for the 4JNET market as it will significantly benefit its liquidity. Furthermore, the exchange recorded a 24-hour trading volume of $1,073,458,741.45 at press time according to analytics provided by CoinMarketCap.

Following the listing announcement, the 4JENET coin rose approximately 21% in the past 24 hours to trade around $0.000000012661. It is worth noting, the coin has 1 Quadrillion in total supply. Whereby, PancakeSwap (V2) is the most active point of exchange.

According to the displayed information on the official website, the company announced 5000 limited editions of NFT. Among others include: “NFT holders can claim more than 60 billion 4JNET tokens.NFT holders will enjoy a reduction of 3% service charge.NFT holders can trade NFTs freely, and the interests will be transferred along with NFTs.”

The 4JNET ecosystem guarantees investors of market safety after an incredible security checkup by CertiK. With a well-laid-out plan, the firm has consequently partnered with Huobi wallet, Binance among others.

Additionally, the 4JNET ecosystem has also pursued the metaverse, a technology that has so far taken the crypto industry at a Huge storm. Moreover, Facebook has rebranded to Meta in a bid to fit in with the Metaverse.