With the thawing (or so it seems) of the recent crypto winter, many pundits don’t know where Bitcoin is mainly headed and what exactly may happen in the next few months.

A simple way to predict the future is to know the past, compare it with what’s happening now and create a simple model which you can use to know which direction faces forward.

The price run of the number one cryptocurrency was quite spectacular.

However, this price run was mainly driven by speculation: 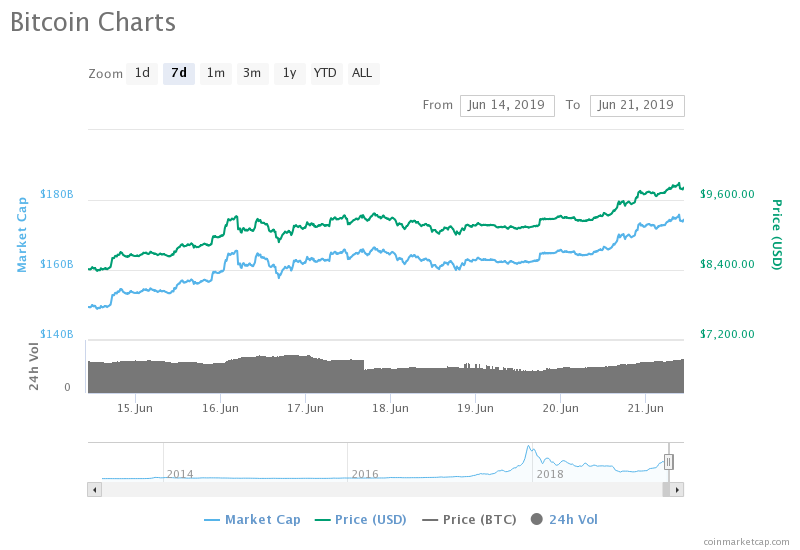 This occurred as a result of mass adoption and public interest of the cryptocurrency itself.

However, on the last few days toward the end of the year (specifically on December 17th, 2017) Bitcoin surpassed the $20,000 mark.

This, of course, was due to several factors chief of which was the Tether scandal which was tied to the US dollar on a one-to-one ratio.

However, after a year and a half of several price corrections of the cryptocurrency and regulations by major countries worldwide, adding to the fact that institutional recognition of blockchain technology has finally started happening, bitcoin is on the move again.

This brings us to the big question: Are we going to see a $15,000 price per bitcoin by end of summer?

The answer may surprise some but it is highly likely that it will occur.

This is because bitcoin as an asset is meeting all the right fundamentals for a major price move.

This big jump is driven by a renewed interest in the cryptocurrency and wider acceptance worldwide. Most Countries and their regulators now have this “Now-that-bitcoin-is-here-what-do-we-do-with-it” approach which is better than the “What-the-heck-is-bitcoin?” approach that was the norm in 2017.

The major driver of growth for bitcoin prices will be moved by both state actors and corporate institutions Facebook being one of the many to do something in the crypto sphere.

And going by the business cycle, everything always happens by summer, so watch out, Bitcoin’s coming!