This might be one of the biggest news of the week, after so many comments and questions on when the leading crypto exchange is going to be adding XRP, It now seems the time has come, Announcing on Twitter and on its official blog, Coinbase has confirmed that it is indeed adding XRP as well as its trading pairs on Coinbase PRO.

After 10am on February 25, 2019 we will begin accepting inbound transfers of XRP to Coinbase Pro. We will accept deposits for a minimum of 12 hours prior to enabling full trading. Please note that inbound transfers require the specification of an XRP destination tag.

Coinbase Pro Users in the US (excluding New York), UK, Canada, Australia, and Singapore will have full XRP Support functionality, Coinbase has also confirmed that more Jurisdictions will be added at a later date.

This addition is coming as a very huge surprise as many have speculated that the digital asset will never make it to coinbase even after coinbase said it will be exploring the addition of more digital assets on its trading platform.

Coinbase has also hinted on the possible inclusion of XRP to Coinbase.com and its mobile apps,

Please also note that XRP is not yet available on Coinbase.com or via our mobile apps. We will make a separate announcement when that occurs.

WHEN XRP LMAOOOO YO XRP FAM OUR PERSISTENCE PAID OFF

Members of the XRP Army have expressed delight ever since this announcement was made, the price has also reacted positively to this news, currently up over 12% at press time. 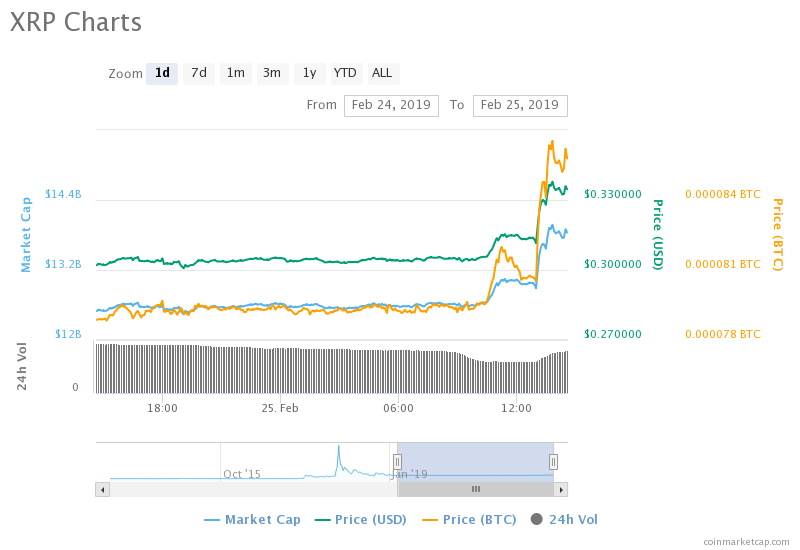