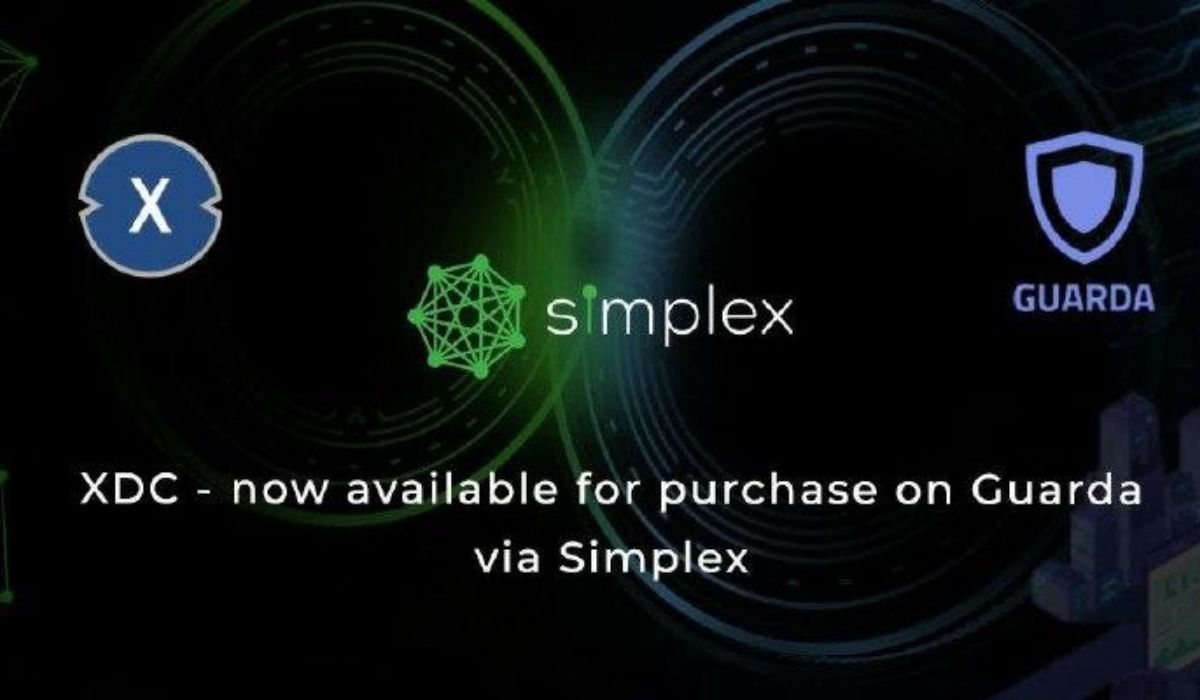 XinFin, an enterprise-ready and open-source, hybrid blockchain protocol specializing in tokenization for real-world decentralized finance, announced it has partnered up with Guarda Wallet and Simplex to allow wallet users to buy XDC instantly.

The partnership is reportedly aimed at increasing the adoption of the XDC, XinFin’s native token. This will be achieved by providing a new and easy way to acquire XDC while opening up the token to a larger community.

As per the announcement, the new partnership will allow users to use their debit, credit, global bank deposits, and Apple Pay to pay for XDC. In addition, the process will notably be easy and instant, thanks to Simplex.

“We’re delighted to be adding support for XDC, empowering millions of users to purchase the XDC Network’s native coin instantly with their everyday credit or debit card via our trusted and long-time partner, Guarda Wallet. Crypto should be accessible to all, and through this partnership with XinFin and Guarda, we are one step closer towards that goal.”

Notably, Guarda has been supporting the XDC token since 2020. However, this is the first time the wallet is allowing for instant buy of XDC. The wallet provides support for 50 blockchains, dozens of stablecoins, and thousands of tokens. It is currently available for web, desktop, and mobile.

While commenting on the partnership, Paul Sokolov, the CEO at Guarda Wallet, explains:

“We believe in the XinFin mission and support the project and are very happy to be offering a sleek and easy integration to buy XDC on our app instantly. However, the importance of a good user experience should not be understated. So many users want something simpler than placing orders on an exchange, and that’s the need we are satisfying through a partnership with Simplex.”

XinFin believes in creating an environment that will help businesses thrive without worrying about the hassles of international fund transfers. Therefore, the project’s main initiative is to make the transactions more secure and transparent among the parties involved in cross-border trade.

“It’s important to make XDC as widely available as possible to bootstrap adoption and network effects, and to that point, we’re very excited for this new stage of the partnership with Guarda Wallet.”