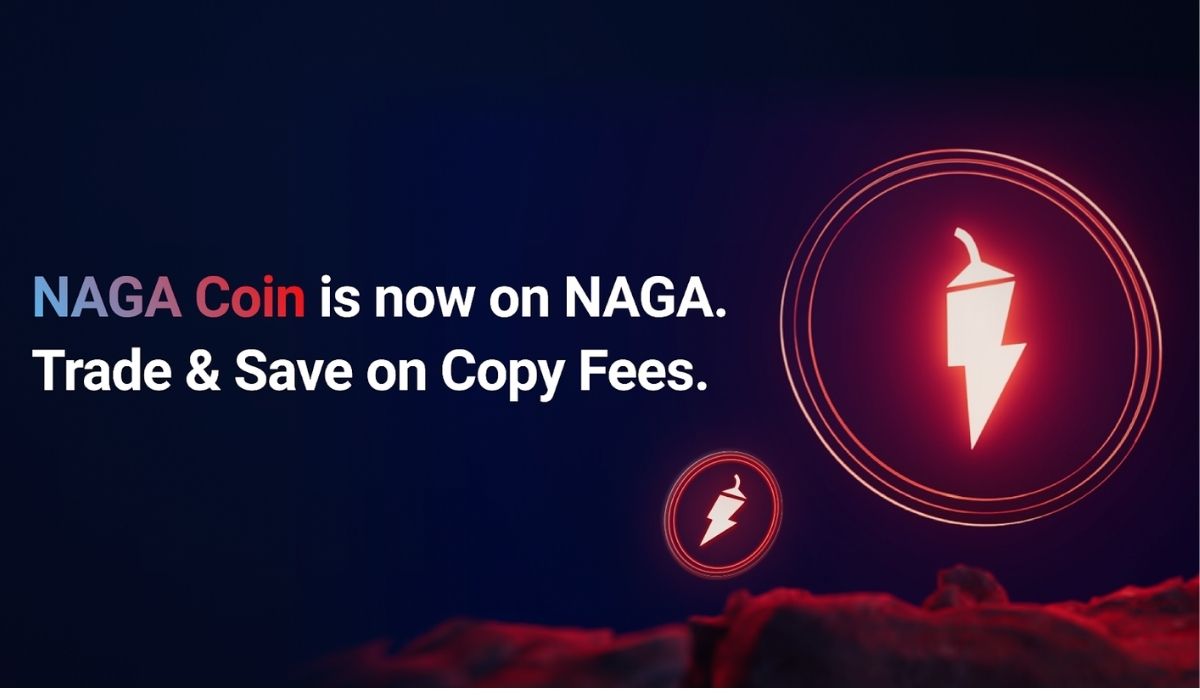 The idea of social trading, in which the community takes the lead from profitable investors and copies the moves they make in order to benefit from their successful strategy has never been more accessible.

With the integration of the NAGA Trading Platform’s native cryptocurrency token $NGC earlier this month, it has suddenly become possible for anyone to copy the most successful traders with more confidence they won’t blow their budget.

$NGC is the utility coin for the NAGA Trading Platform, which allows users to trade more than 1,500 assets including ETFs, stocks, and many major cryptocurrencies.  There’s a big incentive that aims to entice the community to adopt $NGC from here on in, with so-called “copy fees” slashed by 50% for anyone who uses the token. The NAGA Platform was already one of the most affordable social trading platforms around, with users previously charged a $1 flat rate per transaction before $NGC was introduced.

NAGA is building what it says will be a fully-fledged super app for finances, with investment, banking, and crypto serving as its three core functions. The integration of $NGC is a key step towards NAGA achieving that goal as it makes the trading platform one of the most attractive offerings of its kind.

Despite NAGA’s versatility, it’s the social trading aspect that really sets it apart from other super apps. NAGA solves one of the biggest problems faced by most new investors today – the fact that it’s all too easy to lose money through ill-thought-out trading. Using NAGA’s unique Autocopy feature, inexperienced users can simply follow the strategy of the most successful traders on the platform on a transaction-by-transaction basis, mirroring each trade they make in real-time.

The unique social side of NAGA ensures the platform is an attractive offering not only for unsuccessful traders but also for those who do generate profits, as it provides them with a way to monetize their trading strategy to a large audience of more than one million users globally. For creators, the platform includes various tools to help engage with their followers and adjust their trading style to increase their results.

As for the $NGC coin itself, not only does it serve as the NAGA Trading platform’s primary utility token, it can also now be traded along with more familiar cryptocurrencies such as bitcoin and Ethereum through the NAGA Crypto Wallet. It might just be a solid investment too, what with its undeniable utility and its current low market cap of $34.8 million, only brave traders would be willing to bet against it.