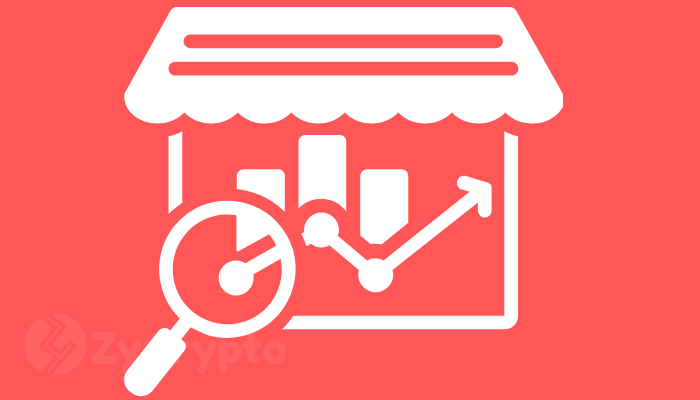 For reasons related to Ether’s ability to maintain momentum despite the constant crisis that the Ethereum network has undergone and is still undergoing, Ether is showing profound possibilities of making a comeback and this is more likely to happen sooner than later.

Looking at the current market structure, the difference between Ripple XRP’s market capitalization and Ethereum’s Ether at press time is only a few figures apart.

With a little upsurge in trading volume, Ether might return to become the second largest cryptocurrency by market cap. According to data from coinmarketcap, Ether’s current market cap of $12.52 billion is swiftly catching up with XRP’s market capitalization of $12.84 billion. This is to mean that an increase of $320.49 million is all that is necessary for Ether to reclaim its spot.

The trading volume of Ether shows that the token has broken out of its long term trading volume which was around the $2 billion mark, a price range which was last seen on the 28th of January. Meanwhile, between yesterday and today, Ether’s trading volume made a significant upswing which has now place its volume on $3.56 billion.

Not only will Ripple XRP need more than $2 billion to catch up, but this increase in trading volume is also the result of the competitive market capitalization. With a slight upsurge in volume, the market cap is expected to reach a close tie with XRP and possibly overthrow the token in coming days.

Also, we must not forget that this battle is been going on for more than a year now, as such dominance is expected to navigate between the stronger opponent until a new rival emerges.

Considering that Ether has been on the losing end but still sits firmly on the third spot, it can be said that Ether has been building its momentum slowly and steadily. While the next 24hrs can still take an extremely unexpected and an entirely different direction, we should note that Ether is currently leading with gains of 10.04% against XRP’s 4.72%.