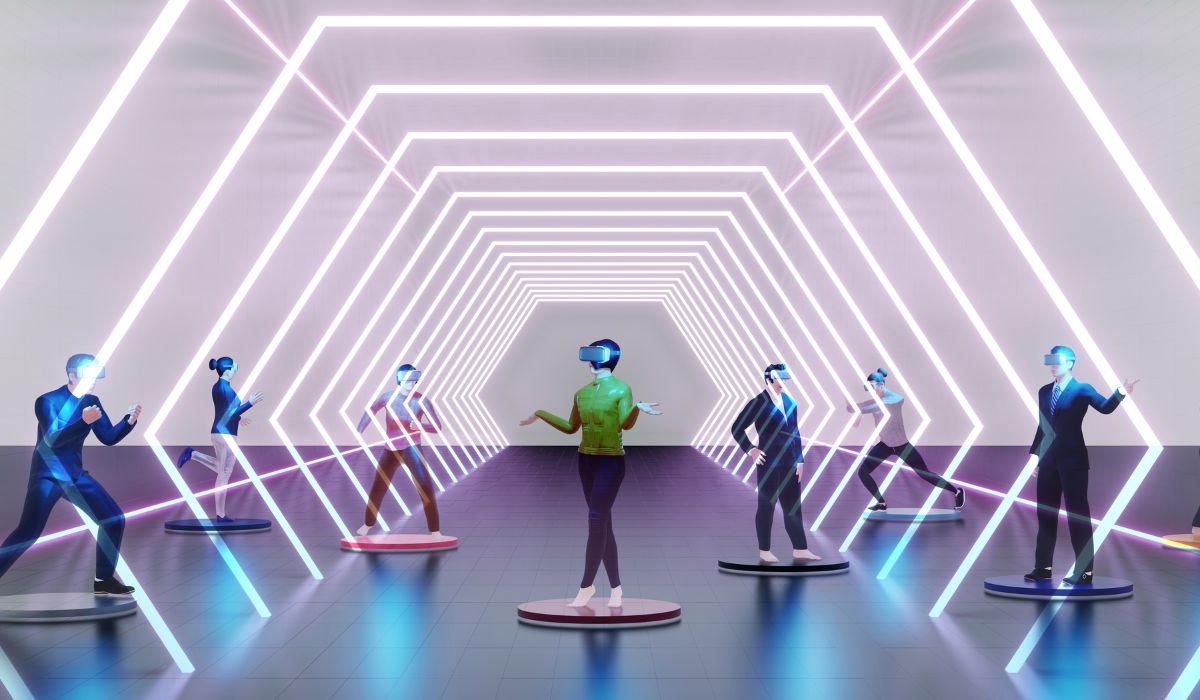 Minecraft is one of the world’s most popular games to this date, with a daily player count north of 2.5 million. There’s hardly anyone that doesn’t know about the game and its charming, box-based gameplay. Sandbox.

However, recently Minecraft’s market share has been disrupted by an unlikely candidate- The Sandbox. The Sandbox is a mobile-first game where players can create their own gaming experience through the Ethereum blockchain. Players can then monetize the content they create, in addition to possessing true ownership of each block they place.

Today, we’ll be looking at how the Sandbox took the world by storm, how far we can take the “sandbox” video-game experience in the Metaverse, and another game that might just be taking Sandbox’s market share much as it did to Minecraft.

What Is The Sandbox?

So, where are all of these user-made games played in the first place? The game has 166,464 units of “LAND” available for users to place their content. Each LAND can be owned individually and consists of 96 by 96 meters of game space.

If this amount of space isn’t enough, and it won’t be for some complex, team-based games, then players can own an ESTATE instead. An ESTATE is simply a collection of multiple lands on that you can place your assets and games on.

The appeal of games where users have absolute control cannot be understated. The Sandbox has already hit 2 million total users since its 2nd alpha’s release back in 2020. With blockchain games as a whole getting more popular, it’s likely The Sandbox will keep growing in the future.

Why Are Blockchain Games Becoming So Popular?

Blockchain gaming has been growing rapidly ever since CryptoKittens first demonstrated the concept could be profitable. There are quite a few reasons why these games continue to perform and gather dedicated communities around them.

First of all, gamers like to own parts of their games. Having the ability to genuinely own NFTs used within the games, and know that they cannot be taken away from you is a great feeling.

Next, there are the concepts of “play-to-earn,” “play-to-own,” and “play-for-cause” which give gamers more of an incentive to play the game. The play-to-earn and play-to-own models allow players to own and sell their in-game assets for actual money. On the other hand, play-for-cause uses the fees and money invested into the game for charitable causes.

Finally, there’s the matter of the in-game economy. Most multiplayer games have a marketplace of some sort. However, game markets are notoriously unstable. However, blockchain games resolve this by tying up the in-game economy into actual currencies. For example, The Sandbox uses $SAND tokens for all purchases and governance decisions.

Governance tokens also provide gamers with a way to interact with the teams behind their game and influence its growth. This ensures a happy player base, and that developers won’t face massive player dissatisfaction after updates since they’ll already know the player base’s opinions.

The reason so many gamers resonate strongly with the sandbox style of gameplay is because of how much it lets us as players influence the game world. We can create valuable memories and work together with friends to create unique structures and experiences within the game world.

While The Sandbox provides a high-quality sandbox experience, it’s beginning to look like it might have its own market share eaten up by REALM. REALM addresses the main complaint players have had about The Sandbox- namely, that it’s not very scalable.

Whereas The Sandbox has a fairly rigid technology, and eventually, it’ll have to either go through a redesign or drastically increase the number of servers it runs on. REALM is infinitely scalable. With a team full of previous tech founders, the game’s developers have cooked up a truly innovative experience.

They provide endless customization on both your avatar and within the gameworld. Rather than relying on simplistic, voxel-based graphics, the game opts to use advanced 3D models to present a realistic scene for its users.

For those excited to see the release, there will be an exclusive preview of the game REALM made with Oseanworld on June 21st and June 22nd.

All in all, sandbox blockchain games are in a good place right now, and we’re looking to see which, if any, among the current hits stay on top in a few years.