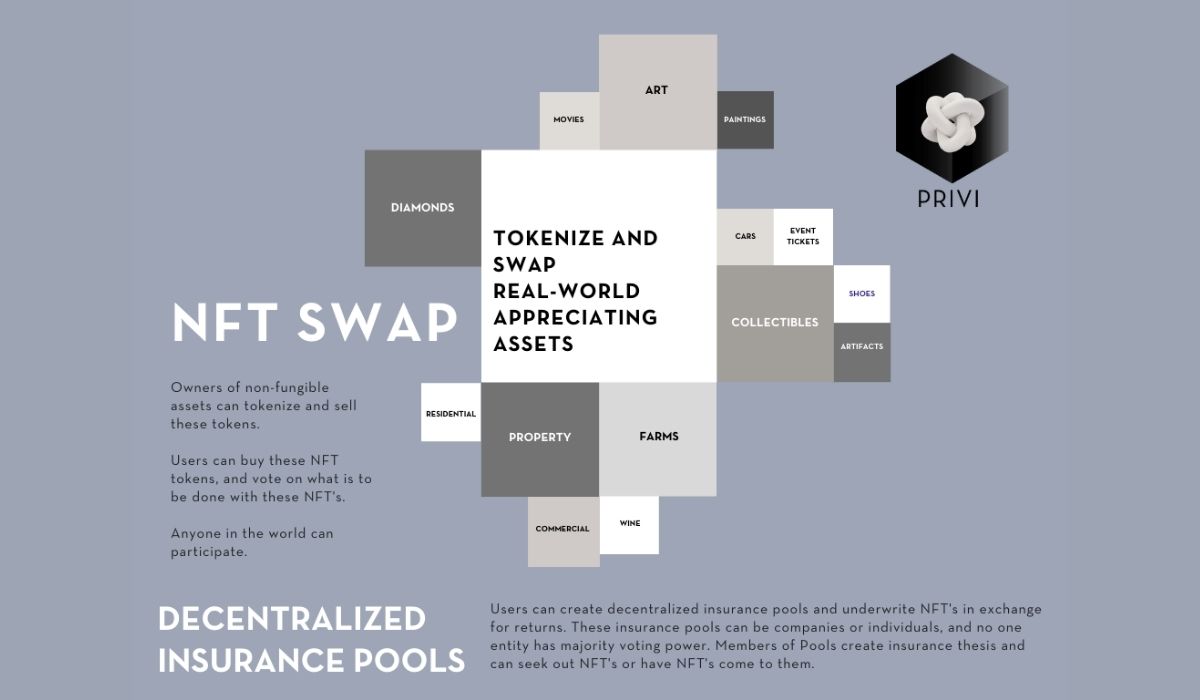 The majority of the world’s wealth lies in real-world assets, like property. Yet blockchain and cryptocurrencies, with all its promise, has yet to deliver a solution that tokenizes real-world assets. This nascent industry, often categorized as non-fungible tokens (NFTs), have yet to crack into the mainstream.

Until now, the NFT projects that have been done, and thus created some form of relevancy,  have generally been about high-end virtual art or property. And by some measures, they have done well. One real-world scenario of NFT’s for property was a successful ICO in 2017 (Propy)  for the tokenization of property mainly in Eastern Europe.

However, the current NFT projects, i.e. that real-world tokenization of things, have been  done at a very niche level.

If I was to tell you that you could go and only buy $300 worth of NFT tokens of high-end virtual art or some property in just one area, would you? Likely no, right? And 99.99% of the planet would probably not as well. So, what is the path forward? As we can agree, the tokenization of real assets is ludicrously attractive because as mentioned previously, that is where the vast majority of the wealth of the world exists.

The Solution? Make NFT’s available for everything, for everyone.

The internet did not take off when it was used by sub-sections of the US government, instead,  the internet took off when its applications became available for the entire planet.

With PRIVI NFT Swap, i.e. the tokenization and swapping of real-world assets, the aim is that anyone can come in and use it, it doesn’t have to be niche, and there are lots of ways for you to potentially make money for yourself.

For example, PRIVI NFT applies to personal use cases, if you have a house or a car, or a  collectible item you think is worth something, you can simply tokenize that, sell it, and make some money for yourself. If you’ve always wanted to buy property in Paris, or a high-end vintage car, yet you live on the other side of the world or don’t have money to buy an entire high-end vintage car, you could potentially use PRIVI to buy some NFT tokens of part of that  Paris flat or part of that high-end vintage car. And if you want to exchange those tokens so you aren’t stuck with it, you can.

So the difference between what has been done already in the tokenization of real-world assets vs. what PRIVI aims to do, is that it’s a platform that is available to use for everything,  for everyone, which creates virtually unlimited opportunities to make money for yourself. In short, NFT was limited, now it can be unlimited.