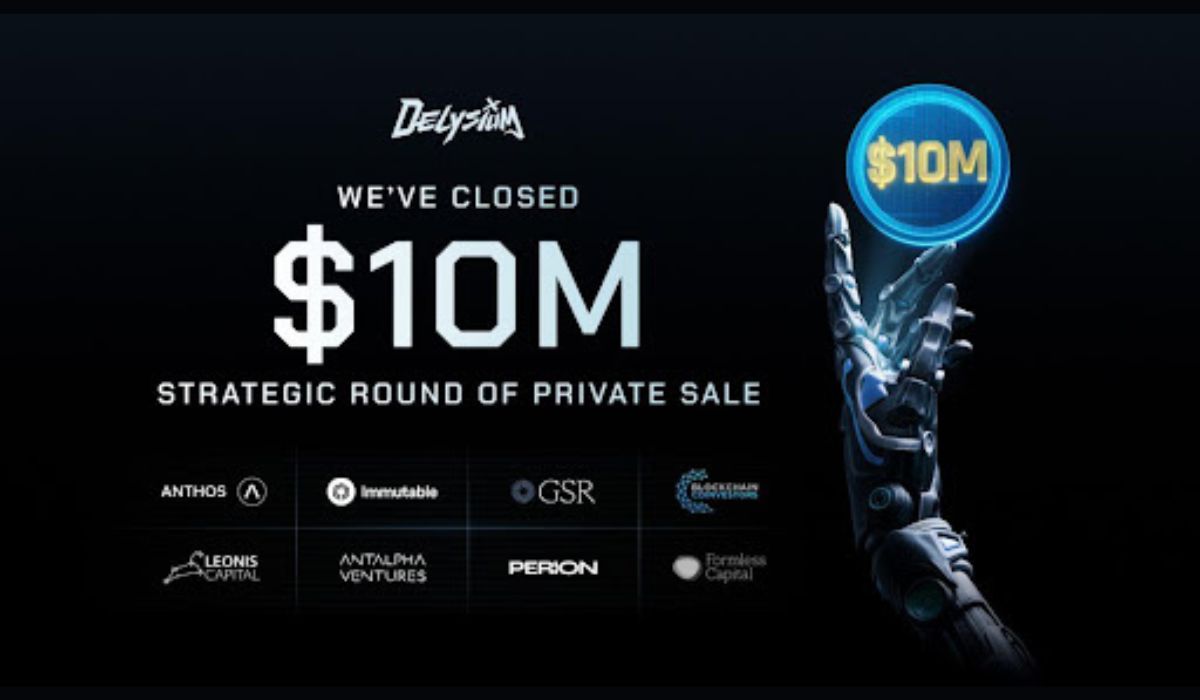 World’s First Playable AAA web3 Game Delysium is pleased to announce the conclusion of its strategic funding round that saw it raise $10 million. Delysium is an AI-powered open world with diverse Free-to-Own universes.

This marks a major milestone for the platform following its mission to create highly diverse game experience and unique On-chain Incentive Layer (OIL) for players. Delysium further revealed plans to use the proceeds from the private sale to develop the content, enable unique AI-powered experiences, and build Delysium Multiverse. Delysium multiverse is an open-source operating and publishing network on the blockchain.

Speaking on the concluded funding round, the co-founder of Delysium, Xiankun Wu said,

“It’s an honor to work with the world’s most ambitious investors and partners. We will focus on making three things happen to build a strong community: a great game, a unique AI-powered experience, and an unprecedented, innovative business model based on the blockchain.”

Delysium has reportedly been in its development process for about two years. Hence, it has integrated with tech ventures to aid its growth. The platform had previously announced a seed funding round led by FTX Ventures, Galaxy Interactive, Republic Crypto, and others.

Prior to the funding round, Delysium had recently launched the world’s first interactive whitepaper game, which creatively presents the core content of the whitepaper in a more visual, fun, and gamified interactive form.

According to the announcement, the platform is on the move to further expand into an ever-evolving open-world experience. Hence, it is hell-bent on making several developments. The platform also looks forward to an open-source, decentralized operating and publishing network, dubbed “Delysium Multiverse”.