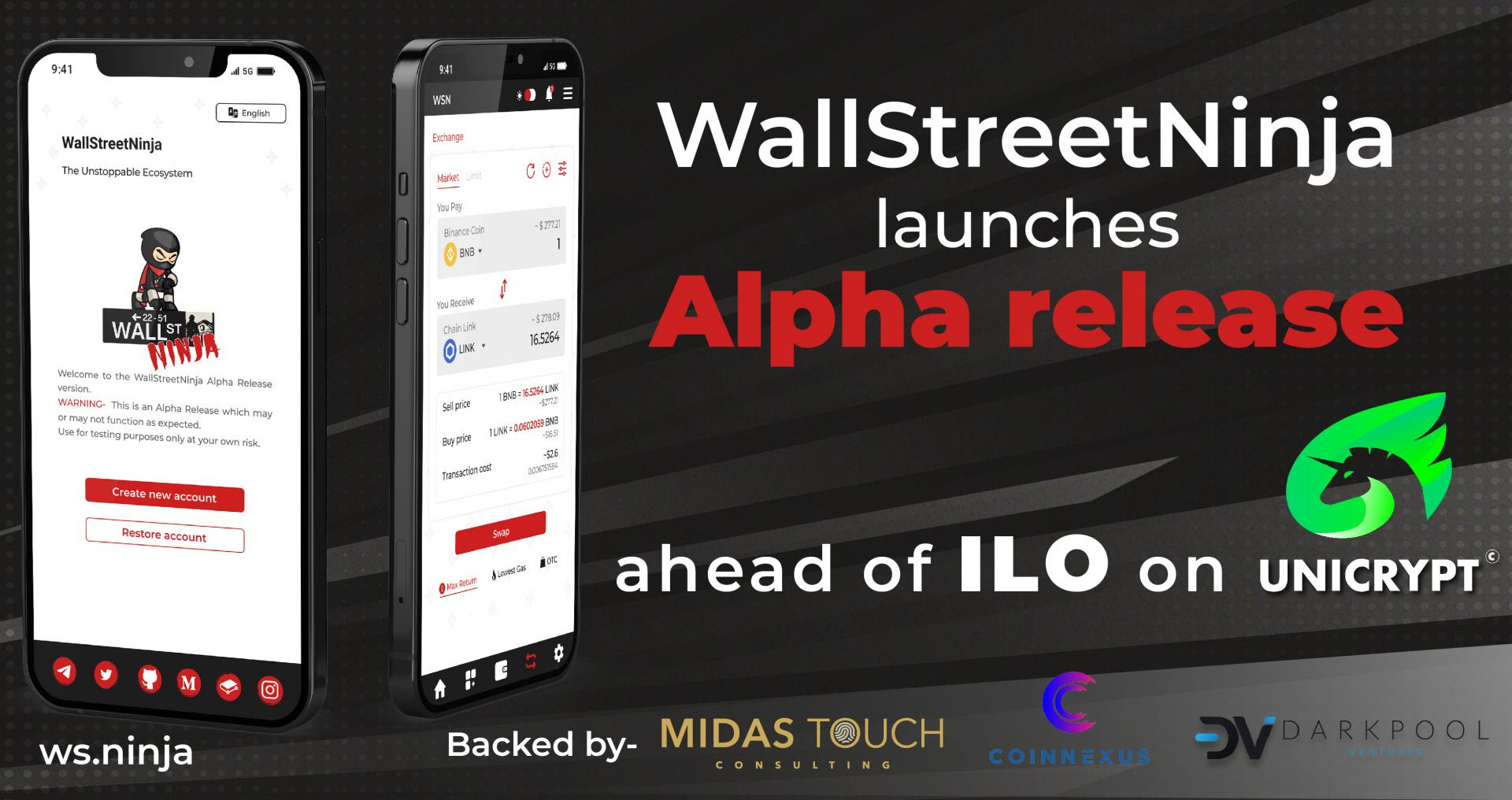 WallStreetNinja (WSN), an ecosystem merging the best of the decentralized world, successfully launched its Alpha release on Dec. 2, 2021. The platform’s developers are confident in this launch time as it coincides with the heat and rising momentum of the crypto markets and other decentralized systems.

Notably, WallStreetNinja is an “Unstoppable Ecosystem” that provides a simplified all-in-one browser-based experience of fully decentralized systems through a single web app. Essentially, it eliminates the need for extra browser extensions and smartphone wallet apps. Among its offerings are multi-chain functionality, swap functionality, and a decentralized app (dApp) browser.

All of WSN’s services are 100% non-custodial with a single sign-in feature powered by Dfinity’s Internet Identity. WallStreetNinja is revamping the self custody wallet segment through decentralized computing and blockchain relays.

The Alpha release marks a huge milestone in the decentralized ecosystem sphere. It also paves the way for the much-awaited Initial Liquidity Offering (ILO) due Dec. 7 on the Unicrypt platform.

Soon after, decentralized projects will be able to offer their users unlimited and seamless access through WallStreetNinja. Interested parties are encouraged to have their projects whitelisted in WallStreetNinja’s wallet, swap feature, and dApps feature.

High-profile investors have already come out in support of WallStreetNinja. Among them are Darkpool Ventures, Midas Touch Consulting, and CoinNexus. Other than financial backing, these connections also bring in advisors specialized in the fields of technology, financial markets, and cryptocurrency. This gives the platform the much-needed propulsion to operate alongside existing technologies such as Internet Computer, Pocket Network, StackOS, ENS, and Brave.

The team at WallStreetNinja had the following to say of the developments:

“We are happy to announce the successful deployment of the product Alpha, which sets the foundation for further development and are excited about our upcoming Initial Liquidity Offering (ILO) on the Unicrypt platform, which will put into motion the token economy of the WallStreetNinja Ecosystem”.